Italians Of The Past: Napoleon Bonaparte 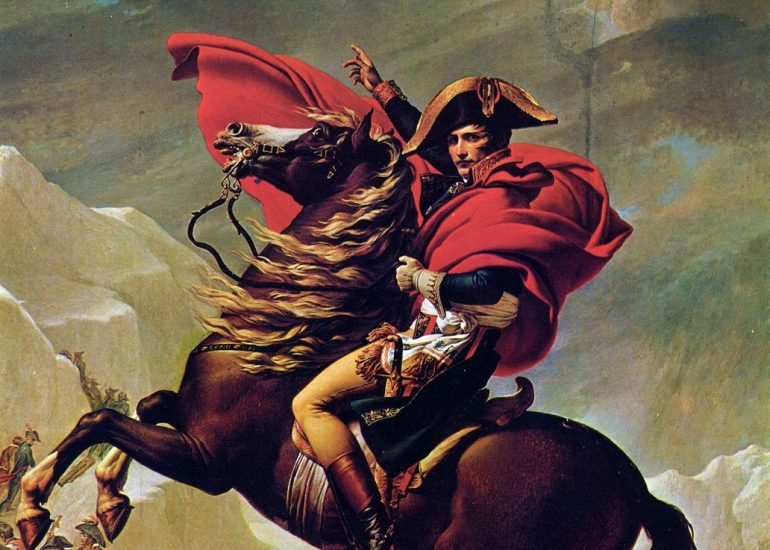 It often happens that some historical characters are so assiduously represented in the popular culture that, at some point, they divorce themselves from their actual biographies and original contexts, giving shape to unreal, separate lives. In this way, we lose big pieces of history. One of the best examples is Napoleon Bonaparte, perhaps the most famous commander ever and French national hero.

The short stature, the aquiline nose and the bicorn hat typical of his iconography, make his figure unmistakable. However, aside from historians and experts on the subject, not so many people have ever thought about the roots of his name and his bloodline. Napoleon Bonaparte was born 250 years ago on August 15, 1769 — happy belated birthday, by the way! — in Ajaccio, the main city of the island of Corsica, of two noblemen of Tuscan origins. Indeed, if you observe closely a map of Italy, Corsica is always present, but it is always colored in grey since it was ceded to France, a color that well represents the little knowledge of this land.

Corsica is geographically closer to Italy and has been under the rule of the Republic of Genoa for 500 years, being oppressed and submitted until 1755, when Pasquale Paoli, a Corsican nationalist, led a rebellion against Genoa and created an indipendent republic, promulgating the first constitution written with the precepts of Enlightenment. The republic only lasted 14 years until the French occupation of 1769, favored by Genoa to repress the revolt. Carlo Buonaparte, Napoleon’s father, fought with Paoli against the French troups, but he managed not to lose his privileged political position under the foreign dominance.

As a matter of facts, he was able to enroll the nine-years-old Napoleon in a Catholic school in France, where he started to learn the language. Until that moment, he had been learning Italian and Corsican and, for this reason, he was discriminated by his schoolmates for his different physical appearance and accent. During his youth, he became a fierce Corsican nationalist, supporting the independence of the island from France. After the French Revolution erupted in 1789, he wrote a fervent letter to Pasquale Paoli, as he aimed to go back to Corsica to join the new rebellion, claiming that his native land was perishing.

“30.000 Frenchmen, vomited onto our shores, drowning the throne of liberty in waves of blood. Such was the odious sight which was the first to strike me.” Napoleon managed to head to Corsica, where he served in the new National Guard, but the political situation in the island was too balkanized and he cut ties with Paoli for being too close to the Jacobins. In 1793, after a failed assault to the Sardinian island of Maddalena, he had to flee with his family to the mainland where — after the Siege of Toulon that very year — his story took the totally different path we all know.

Therefore, in the first place, his story shows us the immense dimensions of history, which is made of an infinite number of stories of this kind; but above all it makes us think about how nationalist rethoric fails to create pure myths and symbols, given that all the national histories of the world are entangled with each other by nature.