West Nile Virus: The Deep Connection Between The Rise Of Cases In Italy And Climate Change

The dramatic spread of the West Nile virus in Italy is just one of the several consequences of climate change, and without solid and coordinated international action to tackle the climate crisis these viruses will soon invade every country regardless of its temperatures. 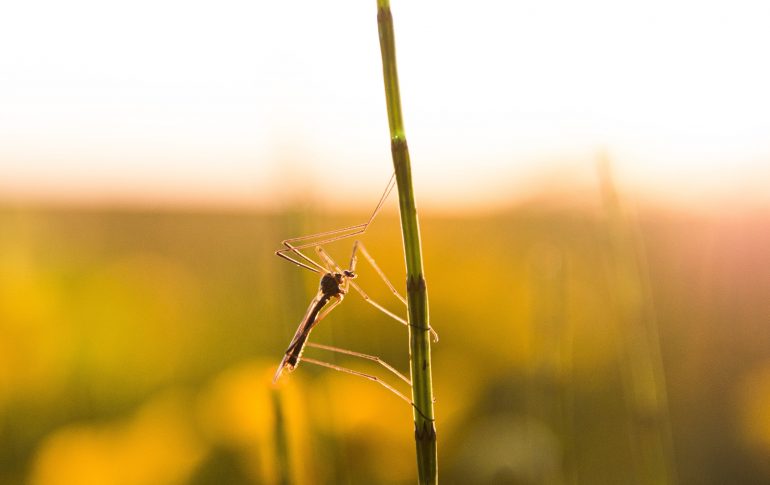 This article is written in collaboration with Lorena Gridelli for Rethinking Climate’s column, Sustainable Italy. Rethinking Climate is a youth-led international cooperation nonprofit whose mission is to understand how best we can communicate, and therefore comprehend, the climate crisis and sustainability in its variety of topics. What is it about the way we are communicating climate issues that makes it so difficult to implement the solutions available?

At the start of August, the news of the West Nile virus circulating in Italy broke out. What was reported by the Italian health authorities was a dramatic rise in cases especially in the northern part of the country. According to the Italian National Institute of Health, 475 cases were registered between June and September, with over 20 deaths. The news rapidly spread all over tv programs and social media, alarming all citizens.

Despite being the centre of discussion, there was no mention of the root cause of viruses spreading in countries that do not usually face this phenomenon: climate change. Here’s an analysis of the origin of the West Nile Virus and its connection with the climate crisis we’re facing.

The evolution of the West Nile virus (WNV)

Isolated for the first time in 1937 in Uganda, in the West Nile district, the WNV is transmitted through mosquito bites, mainly affecting birds but also accidentally humans and other mammals. This virus has been circulating in Africa, western Asia, Australia and Europe for years, with the first European outbreak registered in Southern France in 1962. However, the number of human cases in Europe has been gradually increasing, with 188 cases in EU countries since the beginning of the 2022 transmission season. These numbers reported by the latest European Centre for Disease Prevention and Control (ECDC), show an alarming concentration of human cases in Italy. The northern regions — mainly Veneto, Lombardy, Piedmont, and Emilia-Romagna — have been the most affected in terms of number and severity of cases. It has been reported that in the city of Padoa alone, there were more cases of WNV than COVID-19.

While around 80% of the human infections are asymptomatic, clinical consequences may arise through West Nile fever and in the worst case (through the West Nile neuroinvasive disease) also possibly leading to death. Even if only around 1% of the infected people face these serious symptoms, the absence of treatments to cure this disease in humans together with the dramatic rise of cases in Italy, requires an analysis of the causes of the WNV and other mosquito-borne diseases and on how they could be avoided.

While there is no official explanation of why WNV cases are increasing at the moment, the underlying cause can be easily identified in the link between the increase in temperatures led by climate change and the boom of mosquito-led infections. In particular, a 2020 study carried out by Imperial College London and Tel Aviv University already showed how the growing temperatures would have led to an increase of mosquito-borne diseases. The irony is that while for most species climate change represents a threat, mosquitos benefit from it. Their living conditions are ideal for how the planet is transforming thanks to the higher temperatures, leading to longer breeding seasons and increases in population. In this regard, North Italy is the perfect environment for mosquitoes, with a hot and humid climate especially in the Po valley.

Also, natural hazards caused by the extreme weather facilitate this spread by increasing the level of humidity in the environment. An unfortunate example was the flooding emergency that hit Germany in the summer of 2021, which caused a rise in the mosquito population 10 times greater than the usual estimates.

As a consequence, mosquito-borne diseases will increase, with West Nile being only one of the numerous examples. The forecasts are not positive, with malaria cases increasing by 62% and dengue, zika and chikungunya by 700% only in Europe.

Many remedies, one challenging solution

Due to the broad dynamic that causes the spread of these diseases, finding an immediate solution is not easy. This year the World Health Organisation (WHO) launched the Global Arbovirus Initiative, a strategic plan to control and tackle potential and existing arbovirus epidemics. In Italy, Veneto was the first region to launch a monitoring program of the West Nile cases for horses, the main mammals affected by the infected mosquito bites. In addition, over 50 mosquito traps were scattered throughout the area in order to identify and single out the insects that are carrying the disease.

There are several methods available to reduce mosquito-borne diseases, from the most common use of insecticides to the calculated suppression of mosquito populations by releasing sterile mosquitoes in the environment. However, the focus should not only be on the vectors of the diseases, but also on the conditions that foster them.

A clear map of the causes and consequences of climate change, and on how they are connected, can be the 2030 Agenda, which includes the Sustainable Development Goals (SDGs).  The SDGs are 17 objectives adopted by the United Nations in 2016 to reach sustainable development by 2030. These resolutions aim at reaching social equity, environmental protection and economic stability, providing a universal language to address the roots of environmental disruption and social unrest. The objectives represent at the same time the goals and the weaknesses of our world, shedding light on the causes of phenomena like mosquito-borne diseases. To mention a few: no poverty, good health and well-being, clean water and sanitation, and climate action.

These goals all find evidence in the connection between the lack of piped water in developing countries and the spread of mosquito viruses. Namely, a Stanford research found that due to the lack of piped water, most people in developing countries store water coming from rainfall or boreholes in containers. These buckets are the perfect environment for mosquitos to breed, infesting the source of sustenance of millions of people.

Besides a reduction in the use of these containers, the key solution to stop this phenomenon is much more complex and challenging, starting from the education and empowerment of the communities to encourage them to storage water in a less contaminated way, up to guaranteeing free access to clean water.

However, this issue does not only affect developing countries. The current water scarcity that northern Italy is facing, leading many citizens to storage the water, especially to support the agriculture. Consequently, most agricultural activities sustain themselves with contained water, causing an increase of the mosquito population.

The water infestation, the rising temperatures, the natural hazards, the absence of clean water, all these issues have the same root, an underlying cause that puts the numerous pieces of the mosquito-borne disease puzzle together: climate change. It is clear that without a global effort to tackle the climate crisis, mosquito-borne diseases will continue to spread in all countries, putting at risk the health of millions of people. Yet, the media mostly shows the number of cases, spreading chaos and anxiety around a disease that is only a symptom of the biggest illness that the world is facing.