Italy Will Have Its First Female Prime Minister: Should We Celebrate?

It appears that Italy will welcome right-wing leader Giorgia Meloni as its prime minister — finally a woman — but at which cost? 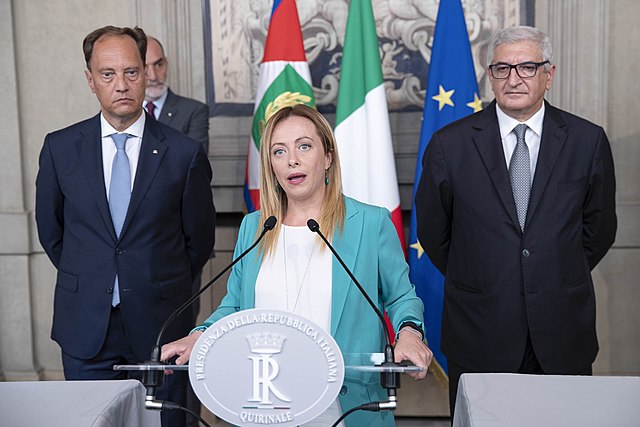 As Italy welcomes its first female prime minister, Giorgia Meloni, we wonder at what cost as her reputation for being against many progressive values that the country has fought for long preceeds her.

The market does not appear yet impacted by the elections, Brothers of Italy still remains on top as the other two right-wing parties (the League and Forza Italia) decline and the center-left Democratic Party’s secretary Enrico Letta called Brothers of Italy to congratulate them for their (clear) win as all eyes are now on their leader Meloni.

Her appreciation percentage has increased in four years from 4.4% to 26.1% — quite obvious now that at least 26% of Italians have voted for her list. After her initial ‘win’ she has shrunk from the public sphere into silence to wait for confirmed results, thanking her team and leaders of other parties by saying “we are proud to be Italian!”

Certainly an interesting phrase. What does it mean to be Italian? I do not think that this is the place nor am I the author to answer that question. But with Meloni we wonder how our country is looked at.

She is known to be ambigious towards women’s rights, is not a fan of the LGBTQA+ community — and I am sure the community is not happy with her. Her belief system has been described as post-fascist and she has in a juvenile interview said that the former Italian dictator who led Italy to despair in World War II, Benito Mussolini, was “a good politician.”

Most of the foreign press is wondering about the future of Italy in the European Union with such a party leading the country. Some news headlines in the USA defined Meloni the most extremist political figure since Mussolini. Americans are looking forward to collaborate with the newly elected Italian government and declare the potential debates will be worked through within the EU context.

Neither the European Commission nor the European Parliament have provided any comment, which could say a lot about Italy’s (sad) reputation. Every headline is enthusiastic that she is a woman — finally, the first since Italy’s formation. As a woman myself, it is hard not to be glad for a change of scenario. But as one who believes in equality in the job field, to adopt alone or married, or never marry at all and live with my partner who shares my rights, under a government that protects my right to decide how I wish to live without harm to others, I honestly fear for our future. Call me dramatic, yet I am struggling, and I have the feeling the world is struggling with the remaining Italians who did not vote for her.

Obviously our questions regard how Italy’s relationship is going to change with Russia, with the EU, and with all the work we have carried out so far to provide more women’s rights, rights for the LGBTQA+ community, and so forth. But mostly, what will this mean for Italians’ bills, future jobs, youth. And also, what does this say about Italians who voted for Meloni?