A brief overview of where the main Italian political parties stand on different topics such as Europe, energy, rights and the economy. 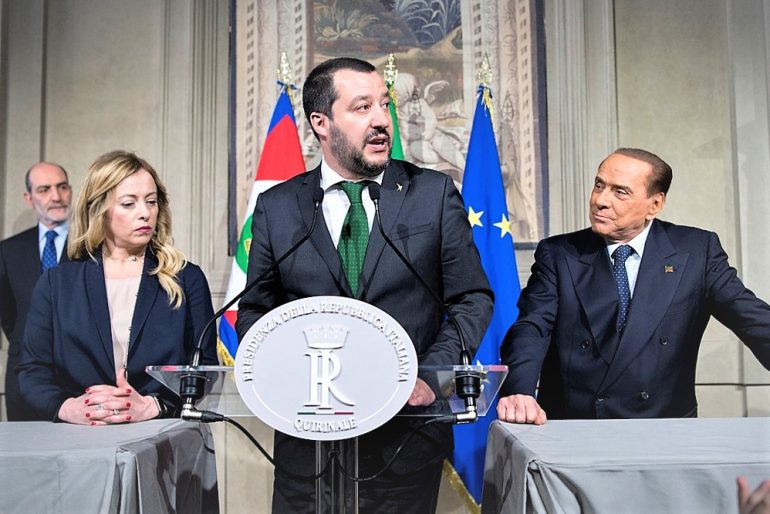 In the electoral campaign period, political parties’ programs become scrutinized and analyzed. In using them as a compass to guide one’s vote or to make a judgment about one of the parties in the race, one must, however, always remember that they are not binding contracts. In fact, programs are best read not so much to know or imagine what the parties will do once in power, but to understand the value horizon within which they move and position themselves.

Since the Italian parties are very numerous and the programs, in general, very long and articulate, we decided to focus on those of the major parties (Democratic Party, Center-right coalition, 5 Star Movement and Third Pole) dwelling on four macro themes that seem important to us: Europe, energy, rights and economy.

The European Union is a political and institutional project completely in line with the principles and values that sustain the Democratic Party. Realizing that this institution is indispensable, the party has drafted a series of proposals for renewal and improvement including reforming the Stability Pact, abandoning austerity, but above all extending the Union’s powers in various areas including energy, defense and foreign policy.

The issue of energy in Italy is much discussed and all revolves around how to become independent of Russian gas, given the current geopolitical situation. The proposals of the Democratic Party revolve around these proposals: in the short term, there is the idea of building regasification plants to be dismantled before 2050. By 2030, on the contrary, there is the desire to develop energy communities that can install 85 GW of renewable energy while for families and people who have difficulty paying their bills, there is the idea of the ‘social light’ contract, which provides for lowered prices. Finally, incentivizing the use of electric cars is also a goal.

On the issue of entitlements, the credibility of the Democratic Party is probably at its lowest. The inability in recent years to pass progressive laws in the area of rights has cost the party several criticisms. However, in the program, particularly in the ‘rights and citizenship’ section, Enrico Letta tries to revive some pivotal proposals including: the law against homo-lesbo-transphobia, a new regulation on the end of life, introduction of egalitarian marriage and the law on co-parenting (equal parental leave between mothers and fathers). Ius scholae, or the law that would grant citizenship to children of immigrants who have completed five years of schooling in Italy, is also an item on the agenda. There remain gray areas, however, as the party has been silent on several issues including adoption or assisted reproduction for same-sex couples and single people.

Regarding Europe, the 5 Star Movement proposes the establishment of a ‘recovery fund’ on the issue of energy, so that the crisis due to the war in Ukraine can be resolved in a community manner and not burden individual states. The other proposals are the development of a Union army, reform of the Stability Pact and the adoption of an EU mechanism for the management of migration flows and the subsequent receiving phase.

In addition to the aforementioned ‘energy recovery fund’ (very similar to Next Generation Eu), Giuseppe Conte’s party proposes a new energy superbonus for businesses that want to invest in renewables and energy conservation.

On the issue of rights, the Movement’s positions are very similar to that of the Democratic Party, with the addition of openness toward sex and effective education in schools, adoption, and assisted procreation by same-sex couples or singles. An entire section is also devoted to disability.

The issue of Europe is a fairly thorny topic for the Center-right coalition. The parties have often maintained quite ambiguous and sometimes hostile positions. Despite this, the program opens on this very issue and in the fourth point it can be read “Full adherence to the process of European integration, with the prospect of a more political and less bureaucratic European Union.” Specifically, it calls for a revision of the Stability Pact rules of economic governance in order to ensure stable growth and full employment. In any case, the focus for the center-right remains on protecting the national interest and defending the homeland (before anything else) and promoting Europe’s classical and Judeo-Christian historical and cultural roots and identities.

The challenge of energy self-sufficiency is the title of the 11th point of the government program for the center-right. In concrete terms, it proposes an introduction to the cap on gas prices at the European level, an increase in renewable energy production, and the reactivation and new construction of natural gas wells. The last point expresses an unprejudiced openness to clean and safe nuclear energy.

There is no section in the program shared among the right-wing parties on the issue of rights in general or civil rights in particular. If one goes to look at the specific programs of the individual parties, one can see that for Berlusconi the issue of rights seems to be absolutely irrelevant, Giorgia Meloni remains very vague in assuring the preservation of same-sex civil unions but expresses strong opposition to same sex couples adopting and any form of surrogacy. Matteo Salvini treads very heavily on an idea of a family composed of a mom and a dad and comes out against the Zan law. Regarding disability, he proposes the Ministry for Disability.

With respect to the European Union, the Third Pole, in line with the Democratic Party, advocates a development of the federal configuration of its institutions and an expansion of its competencies that can establish it as a strong political player within the existing geopolitical dynamics. There are three concrete proposals regarding the European Union: abolition of unanimity in decision-making, adoption of a common foreign policy, and completion of the process of recognition of EU degrees.

In the Energy and Environment section, Carlo Calenda and Matteo Renzi propose in the short term to achieve independence from Russian gas and in the medium term to reduce CO2 emissions by 55% by 2030 with renewable sources. In the long term, however, the idea is to focus on nuclear power to achieve zero emissions by 2050. In concrete terms, the Third Pole also proposes increasing the number of homes using teleheating and building biogas power plants.

On the rights front, the proposals remain very similar to the progressive party area with the proposal of the law against homo-lesbo-transphobia, the prevention and countering of hate speech, and the establishment of an independent National Authority for the Protection of Human Rights. The program goes into great detail on the rights of people with disabilities, in particular proposing the figure of the disability manager, namely that figure who should facilitate the relationship between employer and employee with disabilities.

Generally speaking, on the major topics the Third Pole is oriented to what Calenda calls the Draghi agenda.