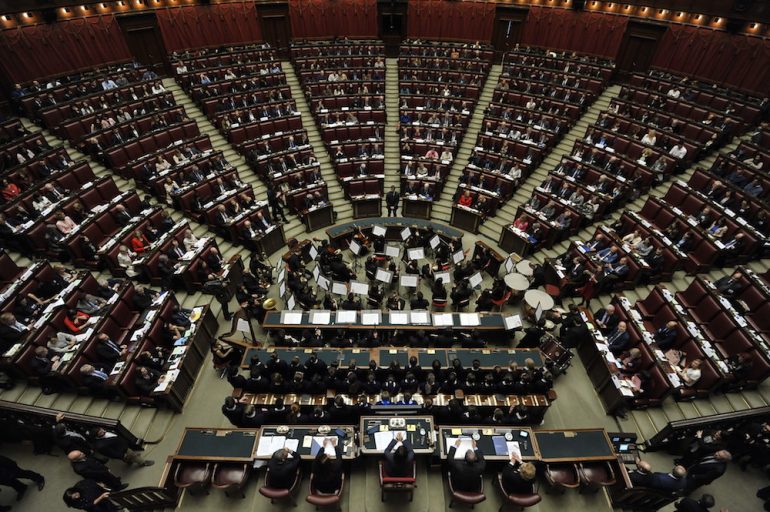 On September 25 Italy will hold elections to choose the formation of Parliament — that is, the Chamber of Deputies and the Chamber of Senators. A total of 600 representatives will be elected who will be in charge for the next five years (barring the premature fall of the government).

Before delving into any political analysis regarding the elections, we need to understand one key element: the electoral law. Doing this helps to understand how people vote, who Italians vote for when they vote, based on what principle seats in Parliament are allocated, and why it seems to us that parties make alliances with everyone. In short, to understand why Italian politics sometimes seems like a chess game between very litigious opponents.

Understanding the electoral law is certainly not simple — the law is in fact very complicated — and the result is not assured, but it is worth trying at the very least.

The Winner Takes It All

Italy’s current election law is called Rosatellum — after the latinized name of its supervisor Ettore Rosato — and was introduced in 2017. On September 25, it will be the second time it has been used to regulate elections in Italy.

The complexity of the electoral law lies primarily in the fact that it provides for a mixed system in which the allocation of seats in Parliament is done in both a majoritarian and proportional manner.

For elections, in fact, the Italian territory is divided into portions of territory called districts, each of which is associated with a certain number of seats. These districts can be uninominal and plurinominal: uninominal districts are called those in which only one representative is elected through the majority system. This means that The Winner Takes It All: the only seat up for grabs for a given constituency is won by the candidate of the coalition or party that takes even one more vote. On the one hand, uninominal districts in Italy account for 1⁄3 of all districts, and are 147 for the House of Representatives and 74 for the Senate, respectively.

On the other, plurinominal districts are defined as those in which more than one representative is elected. The seats in Parliament up for grabs in each plurinominal disctricts are usually more than one and are allocated by a proportional system — that is, they are distributed among parties in proportion to the votes they have obtained throughout Italy. They represent 2⁄3 of all districts and are 245 for the House of Representatives and 122 for the Senate since each allocates at least two seats in Parliament.

For these districts, there are so-called ‘blocked lists’ on the ballot. This means that when Italians go to vote they cannot choose to vote for a specific person by putting an X on the candidates’ names, but rather it is the parties themselves who decide on the lists, the order of which defines the order of election (hence the term ‘blocked’). The Rosatellum law, in fact, eliminated so-called preference voting.

Those who go to vote will receive two ballots, one for the House and one for the Senate, and will have the option of putting the X on the party symbol — thus voting for the party for the proportional part and for the candidate supported by the party in the uninominal — or the X only on the uninominal candidate’s name. This way their vote will go proportionally to all parties in the coalition supporting the candidate. Disjunctive voting is not allowed (i.e., to vote for a candidate of the Democratic Party in the uninominal and affix the X on the symbol of the 5 Star Movement for the plurinominal). If this occurs the ballot is given void.

Now that we have a general idea of how the Italian territory is divided and according to what principles seats in Parliament are allocated, it is time to focus on other important rules that affect voting in Italy.

First of all, the Rostarellum provides gender quotas for both types of electoral college. With regard to uninominal constituencies, the law states that there cannot be more than 60% of candidates of the same gender for the same party. In the plurinominal blocked lists, gender alternation is mandatory so if the first name is that of a man, the next name must necessarily be that of a woman, and so on.

The Rosatellum also has thresholds, meaning that in order to make it into Parliament, parties must take at least 3% of the vote or, if in a coalition of parties, at least 10 percent. Exempt from these rules are parties representing linguistic minorities or very strong parties in individual regions that only need to exceed 20% in a single region.

Finally, it is important to know that the law provides for voting from abroad but not out-of-town voting, which means that in Italy you can only vote in your municipality of residence and there are no hybrid ways of voting, such as voting by mail or electronically. Italians living abroad vote for what is called the ‘foreign circumscription’ and are divided into four districts to which a total of 12 seats are assigned.

Why is the Rosatellum being criticized?

There are several criticisms this election law has attracted in recent years and they are addressed at different aspects of it.

First, since there are as many as 1⁄3 of the constituencies allocated under a majoritarian system this law favors pre-election alliances because — in a very fragmented political landscape — only then do parties have a chance of winning enough votes to win elections. However, this is sometimes a double-edged sword and leads to the emergence of very quarrelsome coalitions that actually make governments very unstable.

One of the weaknesses of this electoral system is also determined by the fact that despite the change in the number of MPs after the Referendum, there has been no adjustment of the law. Consequently, the new districts are, on one hand, very large with seats that has to represent a large amount of population. On the other hand, there are districts that include a considerable difference of population, so that, for example, the candidate in the first district of the Lombardia region is representative of  504 thousand inhabitants while another one in the same region but different district of only 340 thousand.

Finally, another little discussed but very relevant issue is that although the Rosatellum provides rules to ensure gender parity in candidacies, in 2018 only 34% of those elected were women. This can be explained through two dynamics: one, that it often happens that women are nominated in unelectable (i.e. losing) districts; and two, that there is the issue of ‘multiple candidacies’ which are allowed by law. This allows a female candidate to stand in five different plurnominal districts and one uninominal. The problem arises when the candidate can get only one of these seats and consequently in the others the names that come after her, that is (by law) those of men, will be elected. As a result of this, four men versus one woman have been elected.

Therefore, the unresolved knots of this law remain many, and only after September 25 will it be possible to really make an assessment of what has and has not worked with respect to the electoral system designed by the Rosatellum.