Italy’s Population Is Aging And Something Must Be Done

With longer life expectancies and low birth rates, is Italy heading towards a perfect demographic storm? 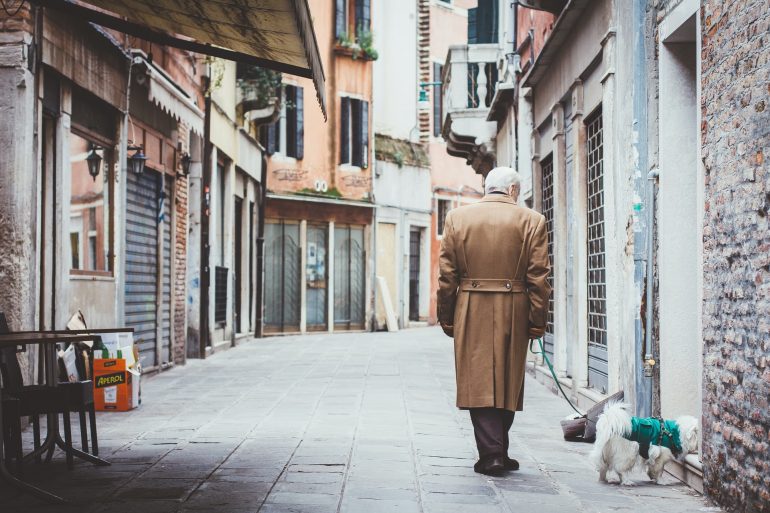 Stories about exceptional and healthy longevity capture people’s attention like few others. Perhaps that’s because our reading them can give us a fleeting glimmer of hope about our own life span. But when it comes to centenarians who are healthy and active, Italy seems to be in a league that few other nations can match.

A charming article by published in The Guardian tells of the living Melis siblings in the village whose combined ages reach 818 years. Another article from CBS News about Villagrande, also in Sardinia, focuses on the interest of scientists on the extraordinary longevity of the population there. Sardinia and indeed much of southern Italy are being studied as living examples of the lifestyle theories that propose to us a Mediterranean diet and the absence of stress. We examined this phenomenon of long life the secret of long life in Ogliastra on Sardinia.

Yet, in Italy, long life shares the same soil as hardship and poverty. A report released by the Italian Department of Labor and Industry in June 2018 estimated that 5.1 million Italians are living in absolute poverty. That’s 8.4% of Italy’s population. The number of Italians living in relative poverty is estimated at 9.4 million (roughly 15.6% of the population). One might ask how such contradictions can coexist. “Eat to live, not live to eat” was the simple answer of one of the Villagrande residents who still enjoys growing his vegetables and caring for his animals sums it up quite well.

However, this high level of poverty could explain another contradictory statistic: according to Istat, the Italian statistics agency, Italy’s population will fall by about 20% by 2070. That means that there will be 12 million fewer people in the peninsula in 50 years’ time — and many less working-age people to support the population too.

Population decline is a trend across the rich world

Does the decline in Italy’s population matter? In short, yes.

According to Lancet figures, the population in developed countries conducting a healthy lifestyle will contribute to an overall global spike in the number of over eighty year-olds from the present 141 million to a mind boggling 866 million in 2100. More worrying than the contrasting trends between the advanced and the developing nations in this regard are those within the advanced economies themselves, such as Italy. In the global high-income bracket, it is forecast that the shape of the age pyramid will be inverted, with strong absolute decreases in the population younger than 65 years and absolute increases in the population aged 65 years or older.

If we project this chart to the next thirty years we find the upside down pyramid will go from being a ‘fat belly’, with the majority of people still part of the workforce, to becoming a ‘broad chest’ picture, with more octogenarians, and  ever thinner ‘legs’ to support them. Tackling the problem can no longer be a question of if and why but of when and how.

How to enable Italy’s population to thrive in decline

A chain is as strong as its weakest link. It’s an expression that can be aptly used here, with the over-eighties as the weak link in the chain of elements that constitute the fabric of Italian society.

Let’s face it, while the aging population of Sardinia is an intriguing idea, the reality of low birthrates and a less than friendly approach to facilitating migration don’t promise an easy future. But the question is what to do to alleviate already strained pension and health-care systems as the number of working-age adults to support the ageing population shifts to that crucial tipping point. It’s a question that touches on all aspects of how we run our society.

Could Italy have a stronger system of support that means pregnant working mothers are financially and structurally more sustained, so that having a second, third or fourth child could be an option — and not a crazy pipe dream? Could Italian grandparents become part of a paid care solution? Recognizing commitment and recompensing it is important at every stage of a person’s life.

Alternatively, should Italy begin to take a radical look at the pension-age bracket, where physical and mental health could be considered as part of pension distribution? If politicians, artists, writers and so forth can be considered fit to work until they’re into their eighties, why not give the choice of whether to work to healthy employees? For example, could Italy envisage a system where there is mutual cooperation between experienced peers in care homes and medical facilities, the ill being looked after by the fit in exchange for a worthwhile salary? This idea is being pioneered in care homes in Finland where health administration is run by local authorities and ideas can be tried out without too much time-consuming bureaucratic dallying.

The elderly must be considered more of a resource than a liability, which is the last thing they want to be. Reintroducing to the work force able over sixty-fives who have the necessary technical skills and who, for the most part, do not need retraining could contribute to the solution of the problem outlined.

A more prolific use of able working senior citizens would not rob the young of employment. Rather it could increase employment to cater for a still active portion of society used to availing of amenities and leisure facilities. Traditions could be passed on in work experience schemes that could reduce the hated label that has been tagged on groups of young people, the NEET (not in education, employment or training).

Again, this elderly tech and travel savvy part of Italy’s population should be given the option to be considered a resource to be tapped, not a burden. Far from being the weakest link, they could be the very link that strengthens the whole chain.

Promoting respect for all

This example of the integration of the elderly can be extended to other areas. For example, another hurdle to overcome is how to defeat our prejudices and accept and integrate immigrants in as dignified a way as possible. With good will and professionalism, they too can easily become a resource rather than a burden. Policy makers and stakeholders cannot stop the flow of people no more than they can cancel the age train.

What they can do is look ahead and accept that, in twenty to thirty years time, immigrants will be fundamental for the transition of society to this completely upended population pyramid model which is already in the final phase of its evolution.

The more preparation made now to handle Italy’s population of the future, the smoother that transition will be.