Roe v. Wade: What Does The Appeal Mean To Italy?

The abolition of Roe v. Wade was monumental globally, sparking new conversations about abortion laws worldwide, including in Italy. 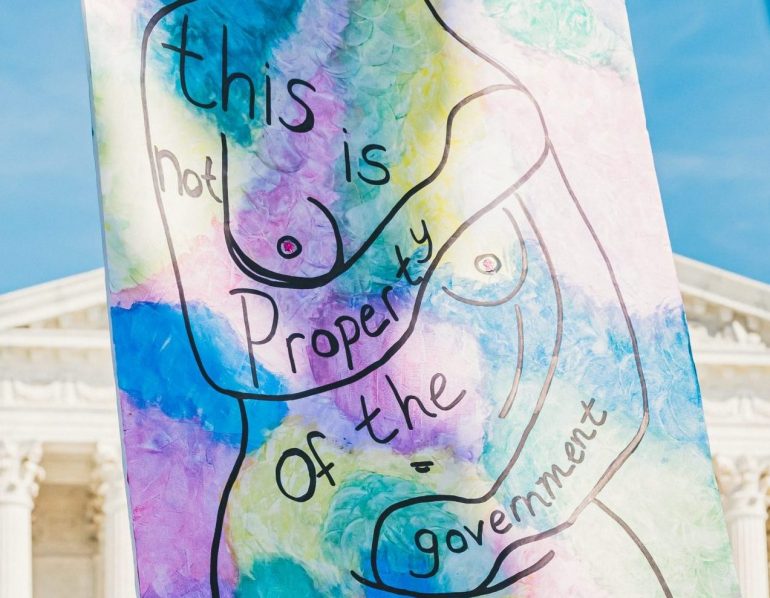 The monumental decision by the US Supreme Court to overturn Roe v. Wade, the 1973 legalization of abortion, sent shockwaves not only throughout the states, but throughout the entire world. As of June 2022, a total of 64 countries worldwide have legalized abortion, with about 20 countries providing specific restrictions.

These restrictions differ from country to country. For example, in Brazil a woman can access an abortion upon request if it will save her life. This is the case in numerous other countries such as Chile, Libya, South Sudan, and Mexico.

How does Italy treat abortions?

In Italy, abortion is a right. At least if it occurs during the first 90 days of ones pregnancy. Under Law 194 a woman is permitted to get an abortion for any reason within the first 90 days of her pregnancy. However, after this mark they are only permitted for ‘therapeutic’ abortions that take place if there are serious fetal abnormalities or if the mothers life is at risk.

That is, however, if the woman is actually able get one. Most Italian doctors refuse to perform the procedure.

Dr. Giovanna Gerardi, Italian gynecologist in the Molise region of southern Italy, is one of only two gynecologists in the entire region that perform abortion.

Gerardi states, “Abortion access is always difficult because there are too few doctors who perform them. The new generation of doctors, they’re all conscientious objectors [opposing abortion]. Pretty soon, there won’t be any doctors who do abortions [in Italy].”

Although Molise and much of the Italian south can be primarily traditional, it is estimated that about two-thirds of gynecologists across the country oppose to perform abortions, a number that is continuously increasing according to the health ministry. Data shows that in 2005 conscientious objectors made up 59% of doctors, while today that number is up to 70%.

Conscientious objectors have been on the rise for many different reasons across Italy. While healthcare in the country is heavily influenced by politics and the Catholic church there is also a lack of education on abortion in general.

Dr. Giovanni Scassellati, a gynecologist in Rome, explains that there has been a shift in how doctors are educated on abortions. She claims that during training gynecologists never “enter a ward where abortions are done – it’s not like this in other European countries.”

Will Roe v. Wade have implications in Italy?

The overturning of Roe v. Wade has been accepted enthusiastically by far-right and pro-life activists. One of the most prominent movements is known as Movimento Per La Vita, or Movement for Life. The president of the movement, Marina Casini, expressed her feelings towards the groundbreaking appeal, stating, “The overturning of Roe v Wade gives us [Italy] great enthusiasm and hope,” continuing on to say that it indicates, “not only that it is a possible way, but also a way we are beginning to build. American pro-lifers teach us that a good strategy, long and patient, can bring historical results like this one.”

Although the appeal was greeted with open arms by abortion opposers and right winged politicians, there was also an evenly balanced wave of disapproval throughout the country.

Telefono Rosa, an association protecting against domestic violence, has offered numerous different areas of support for women and minorities alike since 1988. Its president, Gabriella Carnieri, expressed her extreme frustration towards the Roe v. Wade decision, calling it a complete attack on a woman’s independence and rights.

Elena Bonetti, Minister for Family and Equal Opportunities, supported this opposition, adding that the abolition of Roe v. Wade will only see “a growth in backyard abortions and will put a great number of women in danger”.

The overturning of Roe v. Wade 50 years after it was put into effect has pushed pro-life momentum in many other countries, including Italy. While the practice is still a right for Italian women there are less doctors who will perform the procedure and even more pro-life sentiments within the political atmosphere. Many are nervous that soon Italy will follow in the steps of the United States in their aim to ban abortions altogether.

The United States has reminded the world of the delicate nature of laws, even those that groups have been dependent on for health and stability for many years now.