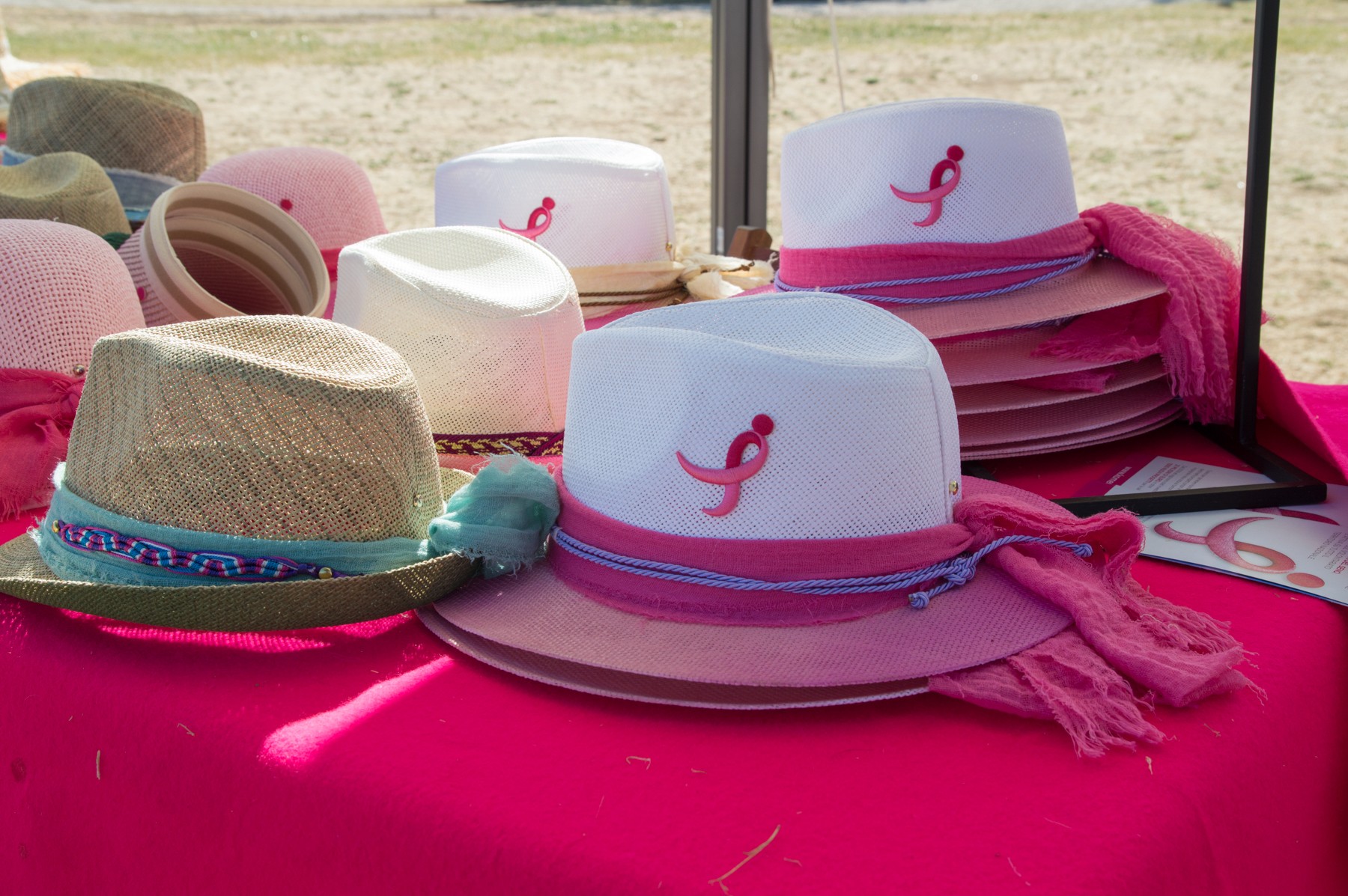 Polo For The Cure: A New Tradition Kicks Off In The Roman Countryside

An international crowd of sports fans and supporters alike turned up to support breast cancer research and the work of Komen Italia.

There are few events that carry the same kind of allure as a polo match, whether for the grandeur of the teams, the splendor of the spectators, or the simple joy of divot stomping. While it may be one of the great American traditions, polo has found a place in Italy at the Acquedotto Romano Polo Club outside of Rome thanks to the efforts of Marco Elser and his brother Max, who converted their farm into a fully operational polo ground only a short drive from the Eternal City. But this is more than a sporting event: instead, it is the backdrop for the first edition of Polo for the Cure, a charity event to raise funds and awareness for the Komen Foundation in their efforts to promote breast cancer research in Italy.

Crowds from across the city and parts beyond braved an unseasonably scorching day in July to cheer on both the female polo teams competing and the cause for which they had all gathered. The pink ribbons that have become the symbol of the fight against breast cancer were as prominent as the scented leather of the saddle or the wide-brimmed hats of the ladies in attendance.

There is a halcyon quality to events like these: as if somehow we step out of the noise and the clamor into something approaching levity, or grace. It is not perfect and will not be, and nor should it ever aim to attain such heights. But sometimes, every now and then, there will be moments that live on like snapshots in our minds. And they will be occupied by people with no other recourse than to smile, to stop and chat a while, to tell you just a little bit about themselves. It is neither a step back nor forward in time: it is simply an instant where the only clock is the timeclock, and for that instant it is everything.

Our goal has always been to tell the smaller stories that make up the larger narrative of Italy. In this instance, we got to speak to people whose lives have been affected, whether directly or indirectly, by the caprices of cancer. In whatever country, and with whatever resources one has, it’s never a fair fight. Indeed, many of us have been forced to go to battle against it with nothing but a few sticks and stones. But on a day like this, when a veritable cavalry came to the defense of survivors around the world, we were not individuals telling stories but voices rising in a chorus.

And so the best way to illustrate this is through their words, not ours. By highlighting the people who came to show their support for the event, and the cause, we get a chance to know more than just facts and figures. These are (some of) their stories.

“Breast cancer has been quite present in my life, because of cases in my family. That’s why I appreciate everything that the Komen Foundation does. I’ve made custom branded hats for them, as that is what I do. It’s a little collaboration that we have together but I am so happy to be part of the team and to be affiliated with the organization.

One hat I’ve created is a favorite because it’s part of my own memories of a trip that I took to Honduras. I really loved that experience and so I just love looking at this. But I love to paint everything. When I paint I put my heart into it, and every piece that I do has a part of me in it: my colors and my emotions, my mind and my feeling in that moment.”

“I had two friends who thankfully were diagnosed very early and were able to get treatment. This is what makes the Komen Foundation so important.

Living in Italy is great because I get reminders to get checkups, but in other countries, it’s not necessarily the same way. Awareness makes it less scary and something that’s sort of routine to get done. And actually, one of my friends was in the United States, she was going in just for routine and she didn’t expect anything. She was actually thinking about putting it off because she was in the midst of traveling. But she said, ‘Well, it’s only going to take a few minutes.’ And that’s the key, right? It’s only going to be a few minutes, and she didn’t have to wait a long time. So she went and fortunately she did because she was able to then go in immediately and have treatment. So I’m glad to know that every year, even if I was to forget, the Italians remind me.”

“When I was young I had a suspicious nodule. I was 15. We had to deal with a different system that was in place 40 years ago. So, we checked and luckily, my mom introduced me to a lot of preventive measures since I was very young, which I think is the key. It was nothing serious for me but I have always been very sensitive to the care and attention that you have to give to prevention. Once a year, you have to check your body, it’s something that you owe to yourself.

I think that talking about any kind of illness is very important because sharing opens a lot of doors. First of all, you learn a lot and you learn that you’re not alone. This is really important because when you’re suffering and you’re scared and you have so many things going through your mind, you need to know that other people have gone through it. When you can turn to qualified people for support and answers, you are so much better equipped to take on any problems. This is especially true for something like breast cancer.”

“My best friend didn’t have breast cancer, but she had leukemia. She’s three times in remission. She had a bone marrow transplant a year ago, and had to drop out of dental school to do it; she was 22 years old when she got the first diagnosis. So I know very well what it’s like for a young woman to go through cancer treatment, and the impact it has on their lives. I’ve done the Walk For the Cure every year since I was very young and it’s really interesting to see the international impact of this organization. It’s a really beautiful thing because makes me feel like no matter where we are, we can still make an impact and still come together for positive change.

We just got married last year on the fourth of July, so it’s our first anniversary in two days. It’s an easy day to remember. Actually, it was because of Covid: the 4th of July was the only day that the church was available. So we thought, okay, well, that’s ironic but it’s easy to remember, and this way we have fireworks every year to celebrate.”