Is A Post-Liberal Italy Now On The Horizon?

Geopolitical conditions might make a far-right government more likely after the 2023 elections. We consider what it could mean for Italy. 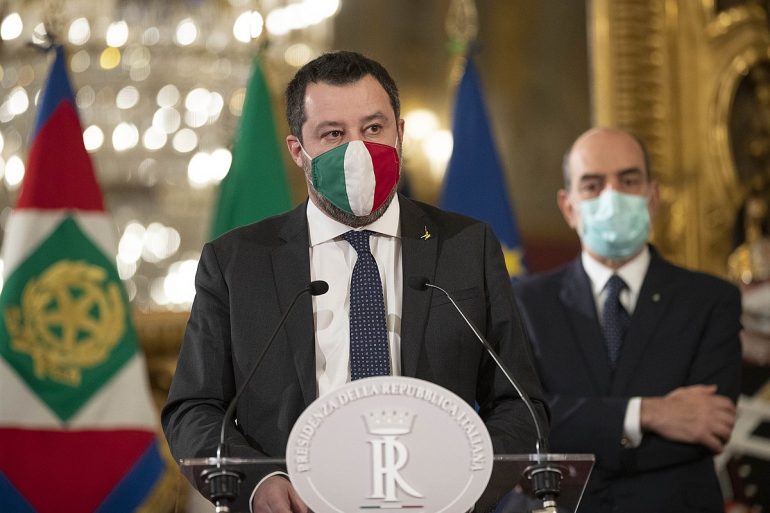 Italian politics have always been a roller coaster, with every term providing its share of betrayals, splits among parties, and government changes. Last week Foreign Minister Luigi Di Maio walked out of his party, Movimento 5 Stelle (M5S) and took many lawmakers with him. He blamed his former party for undermining Rome’s international standing.

Before that, local elections and a referendum on justice had sparked a puzzling situation among the right bloc. The two leaders of the coalition, the short-sighted Matteo Salvini and the politically ambiguous Giorgia Meloni, are secretly struggling for supremacy while at the same time publicly declaring their love for each other. The third leg of the right-wing coalition, the indefatigable Silvio Berlusconi, now looks more focused on his new soccer team Monza than on politics, after quitting the chance to become President of the Italian Republic.

And in the wider context of this electoral term, three governments have tried to secure the seat of the Italian executive, Palazzo Chigi, with limited luck. Two political crises — in 2019 (in a disco on the beach) and 2021 — triggered the rise and fall of cabinets led by Giuseppe Conte, former independent and now in-name-only president of M5S, leading to the birth of the current technocratic government of Mario Draghi. In the midst of this uncertainty, the castle-builder head of the Democratic Party Enrico Letta is taking shots in the dark, as its strategy of allying with M5S is hardly producing results.

While bouncing from one ridiculous situation to another, the term has now almost passed, as general parliamentary elections will take place in May 2023. What can we expect to happen?

2023 elections: a victory for the right — and for Russia?

Elections in 2023 will represent a historical turning point for Italian politics. While we all thought that we had just overcome the COVID-19 pandemic, the situation abroad has turned gloomy — with war in Ukraine, strained supply chains, and rampant inflation. As dark clouds gather over Europe’s borders, voters will need to ask themselves a question: will Italy place itself among the Euro-Atlantic bloc led by NATO and the EU? Or would we prefer to take the side of the rising alliance of China and Russia?

The current government is bending over backward to firmly assert its position among its allies in support of Ukraine. But significant pressure is rising. Populist, pro-Russia lawmakers from the League and M5S are willing to sacrifice Ukraine’s territorial integrity to normalize relations with Putin. Moreover, the Kremlin’s media operation in Italy is trying to win over public support and spread confusion over the war, as Russian heavyweights and propagandists are regularly hosted in our TV programs.

The future political outcome heavily relies on the issues Draghi’s government is facing right now. From skyrocketing prices to economic breakdown, the former savior of the Euro and the EU has painted a crystal-clear picture at the G7 in Germany: tackling inflation is the keyword to avoid the rise of populist forces. Only time will tell if he makes it a success.

Let’s imagine for a moment that the worst happens. Mario Draghi spares no effort but fails to deal with inflation. Prices reach staggering heights, and the country teeters on the edge of social revolt. Many would predict that Italy’s anti-establishment political forces will take the show after the elections in 2023, to the detriment of Italy’s international relations.

Who would the key actors be? Populist figures aren’t lacking on the Italian political scene, as Salvini, Alessandro Di Battista — the last, self-proclaimed number one radical activist in M5S — and the up-and-comer Gianluigi Paragone from Italexit are all ready to step in, while a nefarious and incompetent cabinet made by actors with dubious pedigree and motivations would add fuel to problems in Italy.

One of the first moves may well be to bring about a policy of appeasement with Russia to tackle issues like inflation and energy supply. To them, it really is more important to allow Italians to turn their air conditioners on rather than support Ukraine, as Draghi witheringly put it. As a result of a policy of peace at all costs, Italy would jeopardize or even break from its existing alliances in Europe and NATO, in favor of rising (but less democratic) powers.

What can we expect at home? Traditional and Christian values – in the style of a Trumpist program to ‘Make Italy Great Again’ – would threaten opposition forces, as well as rights like abortion and civil partnerships. Similarly, a firm hand on immigration would exacerbate the international situation with neighboring countries, as well as the lives of migrants and refugees themselves.

And if Salvini’s last stint as Minister of the Interior in 2019 is anything to go by, it could be harder to express dissenting opinions. Police at that time were keen on removing banners against the Minister during his everlasting electoral campaign. By the way, so eager was Matteo Salvini to solve problems and help his fellow citizens that he worked 17 full days in 2019.

Although there is a high risk of populist parties winning next year, the truth is that the scenario is highly unpredictable. The right bloc is currently a battleground between Salvini and the even more rightwing Giorgia Meloni, whose party Fratelli d’Italia (Brothers of Italy) has taken leadership of the coalition as she now polls in first place. Yet the fact is that her group is growing as Salvini’s League is losing consensus.

Interestingly, it seems the two leaders are on opposite terms on foreign policy. On the one hand, Salvini favors a softer line with Russia. On the other, Meloni is assertively backing the cabinet’s Atlantic policy.

Meanwhile, the center-left coalition includes the Democratic Party and Conte’s M5S. While the first relatively enjoys good health, the second — riven by splits and poor results at local elections — seems past its prime. Between right and left, the center welcomes pocket-size parties able to tip the scales of the next parliament. Yet the center has stated that it will not back the left unless the Democratic Party kicks out M5S from the coalition.

Two rallying points represent the only certainty of the Italian political scenario: the Republic’s President Sergio Mattarella and Prime Minister Draghi. While they overshadow every other politician with their stature, they are growing older and tired of the lurid schemes and the foolish nature of leaders. But with what’s ahead, let’s hope they have some fuel left in the tank.