Stolen Italian Art: Can It Be Reclaimed?

Italian artworks have been threatened and pillaged several times over the centuries. Now some courts are asking them back. 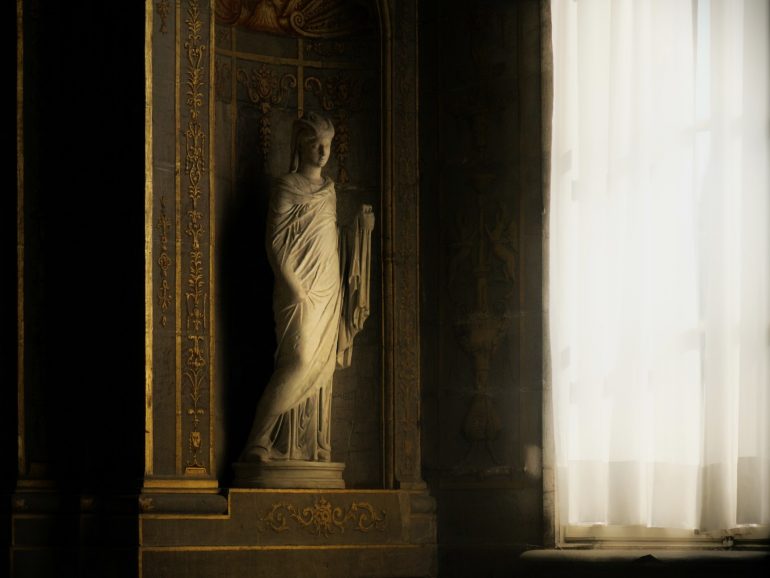 One day in 2019 I was wandering through the rooms of the National Gallery of Victoria (NGV) in Melbourne, Australia, when I came across this:

Intrigued, I checked its label and read: “This long panel once formed part of an altarpiece at the church of San Francesco in Ascoli Piceno, above a fragment of the cross.”

Who knows until when, this painting’s home was only about 80 kilometers from my hometown, but somehow it reached a place that is not exactly just around the corner. The only information I could find about how the painting arrived at the NGV is what I read in the credit line: ‘Felton Bequest, 1954’.

Another piece of art I noticed was an Altarpiece by Carlo Crivelli preserved in the National Gallery in London. In this case, the painting started its journey in San Francesco degli Zoccolanti in Matelica.

Every time I visit an art museum abroad I am mesmerized by the Italian artworks on display, even more so when these come from little churches or chapels of small towns in my region. Ultimately, I cannot help but wonder how they ended up there. In some cases these works of art have been regularly purchased by museums and galleries; in others, tracing the history of their handovers is not so simple.

Some interesting cases of art controversies

A recent case concerns a Roman marble statue, an ancient replica of a Greek Doryphoros, showcased at the Minneapolis Institute of Art (MIA). The museum bought it in 1986 for $2.5 million, but the Torre Annunziata Court has decreed that it must be returned to Italy since it was illegally excavated from a site in Castellammare di Stabia in the 1970s and exported.

MIA endorses the account that the statue was lost at sea and then rescued and kept in a private collection for years. However, the authorities who studied the case maintain that, when thinking about buying the statue, the museum has had doubts concerning the legitimacy of its provenance, as correspondence between the staff members of MIA shows.

The case is still open, as is a less recent one concerning a Greek bronze known as Statue of a Victorious Youth or Atleta di Fano found by a fishing boat off the coast of Pedaso and on display in the Getty Villa.

As Daniela Rizzo and Maurizio Pellegrini state — in a chapter entitled The Italian Archaeological Heritage Abroad Between Agreements, Debates and Indifference contained in the volume Stolen Heritage published by Edizioni Cà Foscari, although in 2018 “the Supreme Court of Cassation permanently rejected the appeal presented by the J. Paul Getty lawyers in Malibu against the confiscation of the bronze sculpture […], today, the marvellous bronze statue attributed to Lysippos is still in its place at the American museums, and the actual director of the J.P. Getty Museum, Timothy Potts, has continued to reiterate that the statue was found in international waters and cannot be considered property of the Italian state, albeit it was being transported by a fishing boat of Italian nationality, after being hidden for a long time on the Italian territory and illegally transported to the US.”

Sometimes they come back

Italian artworks and works of art belonging to Italy have been threatened and pillaged several times over the centuries: it happened with Napoleone Bonaparte’s art lootings and, decades later, with the Nazi plunder.

A Vase of flowers by Jan van Huysum that was, precisely, smuggled by Wehrmacht soldiers during World War II returned to Palazzo Pitti in 2019. After being given as a gift to his wife by a German corporal, the artwork remained hidden until in 1989 its holders started looking for information about the painting’s authenticity and worth and tried, in the following years, to sell it to Italy — which had, in the meantime, opened an investigation — threatening to give it to others or destroy it unless a ransom was paid. But all’s well that ends well since after a series of diplomatic actions this masterpiece is back in Italy.

The Italian government is constantly working to protect our artistic heritage: there is also a unit of the Carabinieri devoted to it, the so-called Comando Carabinieri per la Tutela del Patrimonio Culturale that collaborates with INTERPOL and its Stolen Works of Art Database.

Let’s go back, however, to the theme of Italian works of art more or less legally displayed abroad: of course, fighting for what has been unlawfully stolen is essential, but what happens when artworks that have never been exhibited in an Italian museum come back to our country?

The risk — as stated by Rizzo and Pellegrini in the above mentioned contribution — is that, instead of becoming part of permanent collections, some archaeological masterpieces turn into new occupiers of storehouses and “only see the light in case of exhibitions.”

This is not always the case, of course: sometimes specific areas in existing museums have been created or new museums have been built. This is the most desirable line of action, since promoting and enhancing what we have should always be the priority. Still, we all know that art — perhaps exactly because it pervades and invades us so much that we don’t often understand the wealth we have — isn’t always valued the way it should be.