Prosumers Take Italy’s Energy Crisis Into Their Own Hands

Energy independence is crucial, now more than ever, and energy communities are proving this independence might be possible. 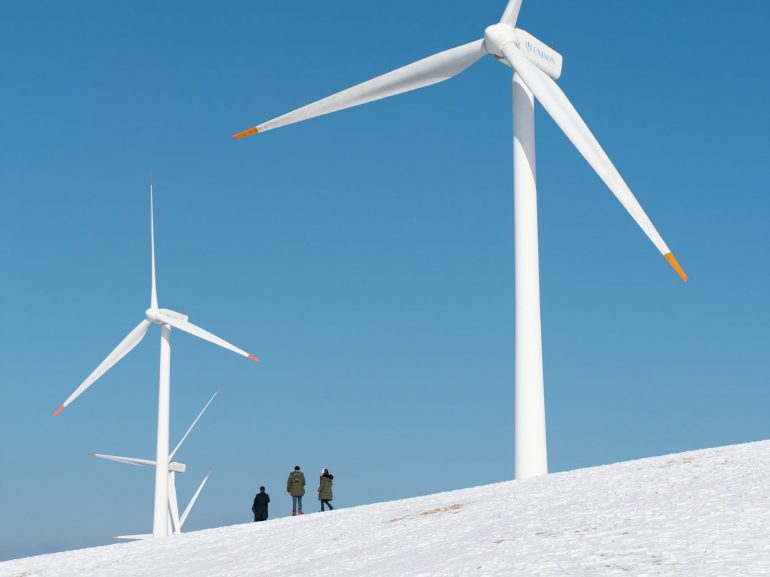 This article is written in collaboration with Asia Guerreschi for Rethinking Climate’s column, Sustainable Italy. Rethinking Climate is a youth-led international cooperation nonprofit whose mission is to understand how best we can communicate, and therefore comprehend, the climate crisis and sustainability in its variety of topics. What is it about the way we are communicating climate issues that makes it so difficult to implement the solutions available?

It is not news that we have shifted the way we consume and produce, in general, but also pertaining to our consumption and production of energy. This has provided us the opportunity to redefine how we consume energy and allowed us to place pressure on the importance of energy communities.

Innovation, in this sense, has been seen by 38 Italian municipalities who are already producing 100% renewable energy and 2,271 who are producing 100% electrical energy. In both cases, reports show that what is produced is able to go beyond what is actually consumed by the local families, hence providing more than enough. Does this show that we can produce clean energy while maintaining our current lifestyles?

I am not sure I can provide a single right answer, however, I can say that efforts are being made to shift towards a cooperative relationship with energy communities that share self-produced renewable energy. The Italian National Recovery Plan (PNRR) has dedicated 2.2 billion euros to particular territories. Renewable energy communities (CER) are a new way to think of not only the production but also the consumption of energy.

In 2020, in Magliano Alpi the first CER was established in a community with only 2,230 citizens. This community was established under the name “Energy City Hall” where two photovoltaic systems were installed to provide energy to those members who wished to take part. The municipality explains that now the next objective is to create a co-operative group that will provide technicians, experts, and professionals who are available to work on these systems.

What is an energy community?

An energy community is a group of people that share clean energy, users are defined as prosumers, and they consume directly what they produce. In Italy, these CERs, are regulated under “Decreto Milleproroghe” (art. 42-bis) which introduces the possibility to create energy communities, and formulates projects for such, which are all derived from renewable sources. However, it must meet three main conditions: Initially, this community must bring environmental and social benefits, without being the sole profit for prosumers. In addition, systems must use an already present distribution network and must not exceed 200kW of power. Finally, any consumer is allowed to switch to another source of energy if they would like and all matters concerning this community should be regulated by a contract and agreed upon.

Unfortunately, we have seen that these CERs are not perfect. In the case of Roseto Valforte in Apulia it took three months to even receive a reply from the potential distributor who was needed to provide the required improvements to the infrastructure. Furthermore, there are problems concerning the legal requirements. Any CER must be established among the prosumers, so any co-operative (already considered a workers’ focused institution) or another reality present within the territory cannot be considered. Other concerns stemmed from searching for investors to physical issues, where buildings did not have the spacious roofs that are necessary for these solar panels.

Several Italian cities are joining the European Union’s (EU) project Energy Cities to improve local governance as well as to, “…shape and transition to futureproof cities.” The importance of these clean energy cities, where the citizens themselves are included in the process, is that not only can it help to reduce emissions, it can also support those living in energy poverty. Surely there are several challenges that include the infrastructure, decision-making process, the time and finances needed to make these CERs a reality.

Another demonstration is the EU’s Renewable Energy, resulting from a 2016 initiative “Clean Energy for all Europeans,” which entered into force in 2018 and thus is quite a young initiative. In Italy, we have seen this type of renewable energy since 1999 when, in Modena, an NGO was founded under a municipality’s initiative for the energy development within that territory.

In Emilia Romagna, with the support of various partners, such as EIT Climate-KIC, a project was created for Green Energy COmmunity so that by 2030 it should bring Emilia-Romagna the first virtual CER.

The numerous examples observed in Italy show that energy independence is in fact possible. While we could open the debate about how renewable energy could become a waste issue in a few years, and we need to look at that, CERs are proving that citizens can take matters into their own hands.