Why Is Pride Especially Important In Italy?

The celebrations of Pride month have a particular joy in Italy, but there’s still a long way to go. 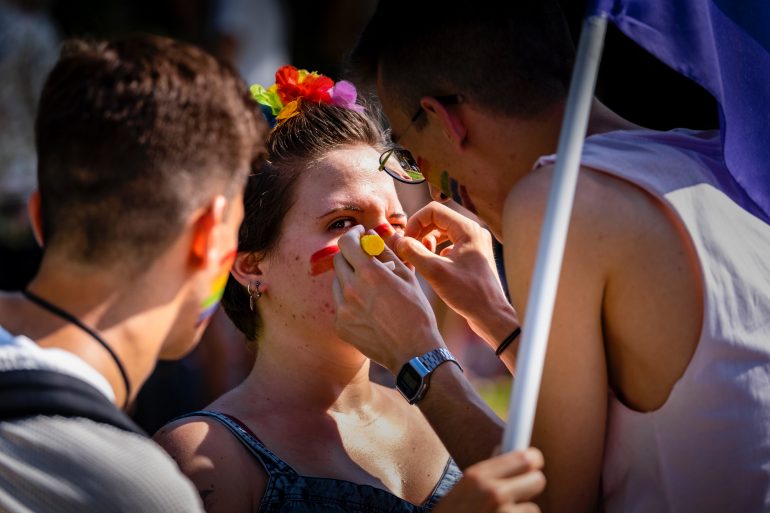 Italy, though one of the most sought after vacation destinations for many tourists, is considered by many to be immensely lagging behind in recognizing these rights, compared to Western and other European countries. Here, LGBTQ+ rights continue to be debated. As of 2022, Italy is known as the largest Western European country that has not yet legalized same-sex marriage.

Italy has, however, recognized same-sex civil unions since June of 2016, which provides LGBTQ+ couples with most of the same rights as heterosexual couples.

Despite the rocky history Italy may have with social and political rights, Pride celebrations are considerably large in various Italian cities. This is significant in the fight for LGBTQ+ rights in Italy, as it pushes Italian society towards acceptance. The various depictions of LGBTQ+ history, pride symbols, and overall welcoming attitude throughout the nation, gives light to the need for equality.

Pride festivals not only help to spread acceptance, they also offer a safe space for anyone struggling with their own sexuality, offering them an environment and opportunity to fully be themselves. Pride is especially important for Italy in this aspect, as many Italians feel the need to hide their sexuality due to cultural attitudes, with an FRA survey showing 62% of the LGBTQ+ population in Italy avoiding hand-holding and other forms of PDA (public displays of affection).

Despite these statistics, Pride festivals in Italy are often elaborate and populous. In past years, the Rome Pride Festival alone was estimated to have brought in hundreds of thousands of festival goers. This year’s Rome Pride, the first since the lockdown, brought in 200,000.

There are numerous spots to check out Pride events in Italy, with the top including:

The Rome Pride Festival is one of the biggest and best in Italy, often with large, vibrantly colored floats in a parade beginning in Piazza Della Repubblica, and ending in Piazza Venezia.

Milan is often considered the ‘gay capital’ of Italy. Here, Pride is much more than a day-long celebration. Milan often offers a week’s worth of endeavors and celebratory entertainment in the streets of Via Lazzaretto, Via Lecco, Via Castaldi, and Largo Bellintani, transforming into a center for Pride.

Bologna pride is another large and eccentric event, spanning the entire circular center of the city. It is one full day of fun activities and entertainment, with numerous musical acts and a largely decorated parade traveling the center of the city.

Naples pride offers a vibrant and colorful display of events, departing from Piazza Dante and making its way throughout the interior of the city.

These Pride festivals, continuously growing and expanding in recent years, offer Italians and tourists alike the opportunity to express their true self, without the shame, embarrassment, or judgment that they may typically face in everyday life. A participant of the 2022 Rome Pride Festival, Angelo Rinaldi, says, “There’s a long road ahead, for sure, but we’ll keep fighting until we’ll get what we want.”

So, will pride help Italy move more towards LGBTQ+ acceptance? With the upcoming newer generations, the answer could easily be yes.

The newer generation of Italians often express more open and accepting attitudes towards the LGBTQ+ community. In fact, when surveyed by the European Union Agency for Fundamental Rights, more than 50% of LGBTQ+ students said that their rights were protected and supported, and almost 70% of students said that their friends and instructors alike showed continuous allied support.

So, as we continue to see rainbow colored displays decorating streets and store corners for the remainder of Pride month, it is important to keep in mind the reason for Pride itself.

Though Italy may seem lacking in terms of LGBTQ+ equality, it is important to remember the fight and struggle that Italian same-sex couples and gay individuals have made throughout history, and it is crucial to continue this fight for freedom and acceptance, and being able to be totally and completely proud of who you are.