The Downside Of Fast Fashion

Italy has to shoulder much of the burden of squarely addressing the issue of fashion waste and its long-term consequences. 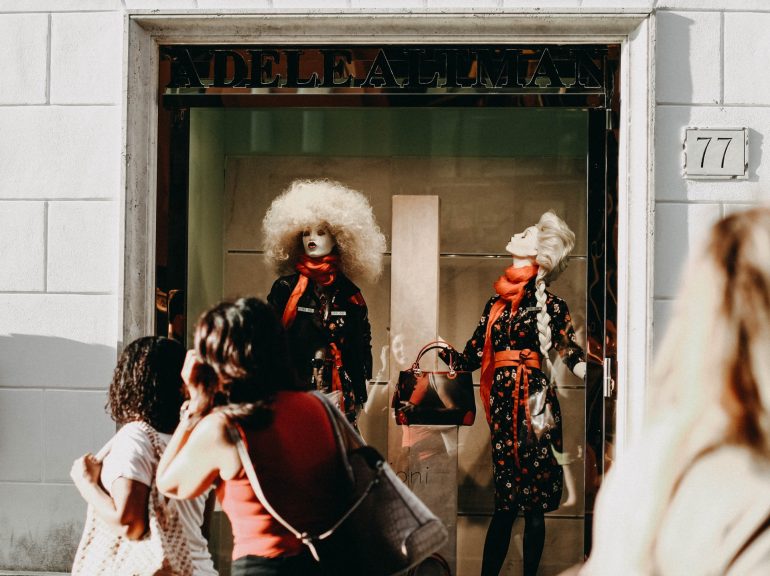 If I were asked to organize a debate on the complex topic such as the downside of ‘fast fashion’, I’d organize a mind map with simple headings: rethink, rewear, replace, recycle, reuse, re-invent, dump. Then I’d ask the participants to watch what I consider essential viewing on the topic — this video on the role of Prato in northern Italy as a model for how the fashion industry can adapt its whole approach to using fabric waste. I’d also recommend Italics Magazine’s recent analysis on the role of Prato in the Italy-China fashion bond.

I would also suggest CBI’s (Center for the Promotion of Imports from developing countries) in-depth look at the European market potential for recycled fashion, which contains an analysis on the state of play of the circular fashion model, country by country, and hits us with statistics claiming that only about 50% of collected textiles are reused of which only 1% is made into new clothes. Such statistics make stark reading.

Another reliable source for information on the effects of clothing over-production that, above all, gives a glimmer of hope in the midst of the present consumer marathon is McKinsey & Company’s sustainability insights.

Trends, by their nature, come and go

From the Prato video we can see that, until recently, waste and pollution from used fabric was for too long one of the less talked about environmental issues. Not anymore. Starting from the production of yarn, the consensus that the planet cannot and must not go on producing natural fabrics at the present rate is being led mainly by consumers and, consequently, by the fashion producers who know better than most how to read trends. They create them after all!

So, what do we know? Firstly, there is already more than enough natural material already available such as cotton, linen, hemp, bamboo, jute — and from animals, wool, silk, angora, mohair — to feed the fashion industry for decades; secondly, the technology is there to make recycled natural fabrics perfectly safe and suitable for the production of garments; thirdly, the ultimate aim must be the application of the circular rather than the linear economy model to the world of fashion. The Ellen McArthur Foundation makes an excellent examination on the last point in this overview.

When it comes to recycling, clothing cannot come under an umbrella-type description. There can be no room for improvisation, or any effort at reusing fabric is destined to give unsatisfactory results, and even worsen an already challenging situation. They must be collected in separated systems as contamination with other waste material, even fabrics, renders the clothing unfit for recycling. Synthetic or man-made fibres present particular problems in landfills. According to the experts in Prato, it is essential to reduce production of these fabrics as they contain crude oil that will not decompose in landfill, they basically break up into smaller and smaller particles (i.e. microplastics) that eventually end up in the soil, in the water and in the foods we consume and, finally, in our own bodies.

This is a target that cannot be reached without a complete change in our approach to how we consider clothes. To get first-hand information on the situation in my own country, Ireland, I approached Thornton Waste Disposal manager David Duff who suggested that the consumer has the greatest responsibility to promote changes of attitude. Just as the consumption of plastic for wrapping and carrying one’s shopping is being taken on board by the consumer and by legislation with the producers and traders following this trend, so he believes will happen with reusing fabrics.

We have some great examples of the ‘power of one’ to make change, from the top of the pile of fashion influencers as it were. Kate Middleton, The Duchess of Cornwall, wife of the future King of Britain, regularly appears in public in gowns worn on other occasions. Indeed, her children recently appeared at the Queen’s Jubilee celebrations with her son wearing the same outfit his father, Prince William, wore almost forty years ago. The choice was applauded and no longer raised eyebrows unlike some years ago when, here in Italy, the then-Minister for Labor, Elsa Fornero, made newspaper and talkshow headlines in a derogatory manner for wearing the same outfit a few times at public events.

There’s no going back to the haphazard way of gathering and disposing of waste. There’s too much at stake. If things are to have any chance of changing it will take greater awareness of how recycling works and how essential it is to have correct information feeding into that awareness. Recycling is much more than just selecting the appropriate bin. Duff suggests that while the fashion industry creates products and must make an effort to produce goods of a single clean material type, or easily separable parts, it is the purchaser — be it wholesaler, retailer or consumer — who has the responsibility of knowing how to dispose of them and the obligation to the environment to do so. In some cases, people in developed counties use recycling as a cheap way of getting rid of what we no longer have any use for.

The question we have to ask before we recycle clothing by putting it into the clothes banks is simple: is this piece of clothing suitable for someone else to wear? If the answer is no, then it is not recyclable. Duff’s conclusion is sharp and hard-hitting. Developed countries are trying to reach higher and higher recycling targets and they do so by exporting their materials to other counties. Everything is then counted as recycled. Obligations fulfilled. This is the flaw in our systems. Only what can be reused should be counted.

Out of sight and doing damage

One article on the topic at hand that had the impact of a kick in the stomach of the developed world and that I strongly recommend reading is “Dead White Man’s Clothes,” which asserts that 85% of fast fashion ends up in landfills in developing countries, such as Ghana, and that fashion industry waste is directly contributing to climate change.

Most of the clothing that is put into textile banks is exported to the developing world. If the clothes are of good quality they are providing a very important industry there in the second-hand clothes trade, and providing people with affordable clothing. It would appear from Ghana’s situation as referred to in the article that 40% is unsuitable and is ending up in landfills there instead of landfills or incinerators in developed counties. The landfills in developed counties are highly managed and highly regulated facilities. They have to adhere to strict environmental rules and the risk of pollution is greatly controlled and reduced. Landfills in developing countries are often the opposite but there is no longer space or time for finger pointing. The developing countries produce both high- and low-quality goods because there’s a market for both. And the market changes and reinvents itself so rapidly that growth in textile production and consequent waste will increase too.

Reading up on current trends, I found this very interesting website on ethical clothing and a list of Italian brands that have this mission. They give a concise definition of what constitutes an ethical brand and list 15 of what they consider Italy’s best Planet Friendly Fashion Houses. How are they judged? They are companies that in their production positively impact the three key pillars of People, Planet, and Animals. Personally I think that we are a long way from a sustainable solution. When will it become fashionable to see the ‘stars on the red carpet’ wear the same clothing time and time again? When will we see people buying clothing because it is made well and not because it was so cheap or it was at an unbelievable discount? The industry knows that we are all suckers for discounts.

Because of its role as leader in the fashion world, Italy has to shoulder much of the burden of squarely addressing the issue of fashion waste and its long-term consequences. Not an easy or cheap dilemma to tackle. Maybe we need a generation that is willing to make more personal sacrifice than many of us are comfortable with for the sake of the well being of the planet. It’s not easy to think of issues in the abstract but, as the activists love to put on their placards, there is no ‘Planet B’.