Parma jumped 38 spots to be crowned as the Italian city with the best quality of life in 2021. What role has the city's food played? 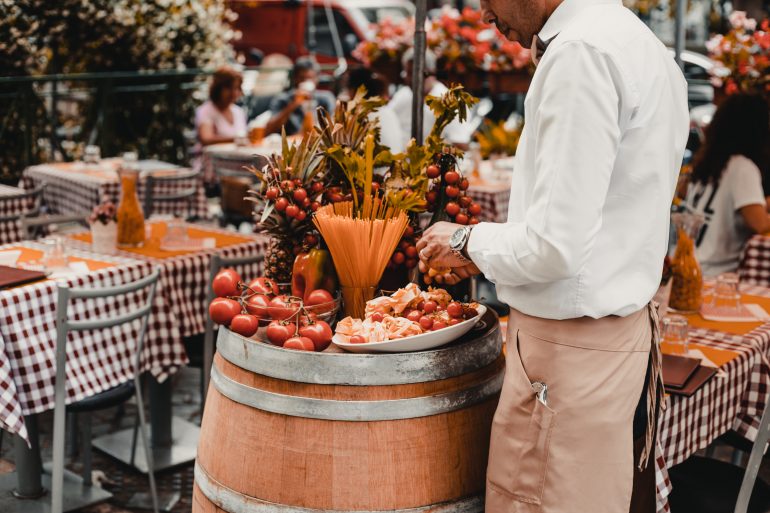 It’s no secret that Italy is widely known around the world as a cultural powerhouse. Packed with historical riches, influential art, and iconic monuments, Italy has swayed many globetrotters to acknowledge its modern-day influence and importance. However, one may be inclined to think only of its grandiose and well-known locations such as Rome, Venice, or the Amalfi Coast. But a perhaps lesser-known gem in the Emilia-Romagna region of northern Italy has now stolen the spotlight. And with the city’s recent titles, Parma’s food culture has become an increasingly popular topic.

The Italian newspaper Italia Oggi, along with Rome’s La Sapienza University, released the results of their annual survey to determine the Italian cities with the best quality of life (QOL). Parma, a humble city of just under 200,000 residents, secured the top spot for 2021.

Many readers were shocked to see it outrank nearby cultural icons such as Milan and Florence, especially since Parma itself moved up the list from 39th place in 2020.

So how did Parma do it?

The main reasons are likely due to its resilience and recovery efforts in response to the pandemic and the investments it made for Parma Capital of Culture 2020. The city worked diligently to bring 33 new institutional partners to the area that will continue to propel this region forward in what they describe as social regeneration by 2030 — an idea that includes making all aspects of art, history, culture, food, and general tourism more accessible.

In fact, Parma received high scores in all nine categories of the annual QOL survey:

One variable, however, finds itself intertwined, weaving in and out of many of these categories. Whether it be business, education and training, or leisure, Parma’s food culture holds an influential and dominating presence.

The long-standing prestige of Parma’s food

Nestled in the designated ‘Food Valley’ of the Emilia-Romagna region, Parma is home to some of Italy’s most famous food products. Enter Parmigiano-Reggiano, Prosciutto di Parma, and Culatello di Zibello just to name a few. Ho l’acquolina in bocca!

The ‘City of Gastronomy’ prides itself in showcasing food artisans whose work and skills have been passed down for generations. Many businesses are family-run and value the fatto a mano, hand-made, mentality. Parma also boasts the highest number of certified food products that hold the coveted DOP and IGP labels. This guarantees the protection and quality of designated products to this region.

In recent years, UNESCO also named Parma the Creative City of Gastronomy for a variety of reasons. Approximately one-third of the labor pool is dedicated to the agri-food industry and remains a driving force to Parma’s local economy. The people of this region maintain a strong sense of pride with how their food culture is linked to environmental sustainability and local production.

Additionally, Parma residents, along with the local government, have developed numerous programs that encourage increased knowledge and experiences through food. For example, the Food Culture and Land Development project focuses on the important balance of urban horticulture and peri-urban agriculture; the Art, Music, and Fine Foods program encourages inclusive participation around these important cultural practices; and the City of Gastronomy project has been put in place to facilitate continual participation with international food-related events that are hosted in Parma each year.

It’s clear to see how impactful Parma’s food culture is not only for its own residents, but also for visitors who are eager to explore and experience this unique aspect of food culture for themselves. With such long-standing roots in these cultural practices, it’s easy to understand how residents of this area report continued high quality of life when it comes to work, business, education, and leisure. The production, consumption, and art of food finds itself at the center of daily life for many locals.

Now, it just wouldn’t seem fair to praise Parma for its culinary delicacies without exploring a few of the most beloved.

Perhaps the king of charcuterie, prosciutto di Parma is natural, free of additives or preservatives, and perfect as an appetizer or a meal in itself. Mediterranean sea salt is the only addition to the pork, and with a seasoning period of at least 400 days, the ham is slow-cured using the mild air of the Parma region. As summer approaches, you’d be foolish not to order the famous prosciutto e melone, a ham and melon dish, that never disappoints.

Fancy a classic cold cut? Culatello di Zibello comes from the leanest part of the thighs of selected local pigs. It embodies a soft and sweet flavor with a sultry, velvety texture. Culatello’s unique curing process is the result of humid, foggy winters mixed with the extreme of sweltering summer temps. Only a few places within the Parma region are equipped to produce it due to its highly specific climate needs.

It’s true, you’ll consume unrivaled pasta no matter where you are in Italy. But Parma’s food culture highlights such masterpieces as tortelli and tagliatelle that come specifically from this region. In fact, the world’s leading pasta maker, Barilla, was founded in Parma in the 19th century.

A classic pasta dish originating from Parma, tortelli di erbette, shouldn’t be missed. It combines the famous tortelli pasta with ricotta, eggs, nutmeg, Parmigiano Reggiano, and spinach or chard. Honestly, who would say no to that?

This salame comes from the small town of Felino within the province of Parma. It’s so beloved that there’s actually an entire museum devoted to it inside the Castle of Felino.

Salame Felino has been produced here for centuries, and it’s been praised for its equal balance between the fat and lean parts. It must be aged for at least 25 days and should also be cut at an angle of precisely 60 degrees in order to showcase its perfectly marbled grain. It lends a delicately sweet taste with a subtle aroma that is perfect on its own or paired with a simple bread.

And finally, there may be no cheese more well-known than that of Parmigiano Reggiano. Its authentic version can only be produced in this area of the world in order to retain the prestigious DOP certification. The ingredients are simple: milk, salt, and rennet. But the careful and meticulous process of aging the Parmigiano Reggiano holds the most importance. Typically, the cheese needs to age for a minimum of 24 months to render its familiar, crumbly texture. Wait for 30 months or longer if you’re seeking a sharper taste. Personally, I’ll take it in any form.

In this region of Parma, you’ll also find other delicacies that range from black truffles to specialty wines. Even in a country where every region boasts its own culinary wonders, Parma may still be exceptional.

Can Parma be a global leader in food culture?

In light of Parma’s reputation for food, recent discussions have taken place regarding a collaboration between the Fiera Milano, Italy’s long-term international events organizer, and the Fiere di Parma, the company that organizes Parma’s massive food festival, Cibus.

Indeed, such a collaboration has been in the pipeline for years — not only to create an extensive Italian fair specifically dedicated to the agri-food supply chain, but also to develop a deeper cooperation between Cibus and the food expo, Tuttofood, that takes place in Milan. The last pre-Covid edition of Tuttofood brought in over 3,000 exhibitors and a staggering 82,500 visitors from 143 countries. Negotiations are still in the works, and there is a lot at stake.

However, the collaboration between these organizations may go far beyond that. If a deal is reached, Fiera Milano would become a shareholder of Fiere di Parma with a guaranteed capital increase through various assets and the gained ownership of Tuttofood. All of this for the exchanged value of holding shares in Fiere di Parma.

Would this endeavor be able to sustain strong competition with other large, foreign food fairs such as the German Anuga and the French Sial? And more specifically, does the city of Parma, with its domineering food culture, have what it takes to stand as a global food influencer?