The Finalissima: A Battle Between Two Struggling Footballing Nations

Italy and Argentina will face each other at the Finalissima in Wembley. A year after winning their respective continental cups, how are the teams looking? 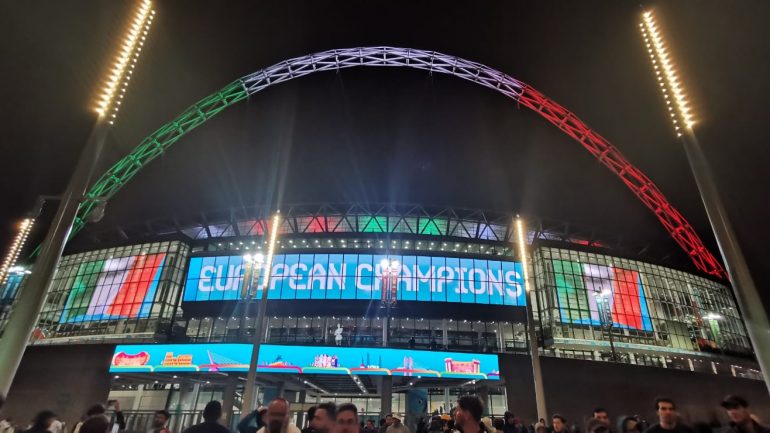 On June 1, the national football teams of Italy and Argentina will face each other at Wembley Stadium in the Finalissima, as the match between the winners of the European Championship and the Copa America is called. As an Italo-Argentinian, this match feels bittersweet. Indeed, the two continental champions, only a year after their respective victories, have revealed the symptoms of the systemic crises of their respective football systems. Italy has been eliminated from the World Cup. And Argentina is struggling to present itself as a favorite for Qatar 2022, with star Lionel Messi in the waning phase of his career and a generational turnover that seems unconvincing.

Let’s start by considering Italy’s recent record. The national team has not been in the final phase of the World Cup for the past 12 years. This year, the team’s defeat against North Macedonia came after a rather disappointing qualifying stage, with Italy failing to dominate games against supposedly much weaker sides. Unsurprisingly, the Azzurri’s exclusion from yet another World Cup has made fans quickly forget the successes of the 2020 Euros.

It would be tempting to question both the management of Roberto Mancini and the squad itself. However, it would also be reductive. Perhaps the focus shouldn’t be on the national squad as it is today. Rather, a deeper analysis may be beneficial, an analysis that would cover the ways youth teams in Italy are organized, as well as the political and administrative decisions taken by the football federation in the country.

Indeed, just by looking at the players who brought Italy to the Euro’s final in 2021, one could see that the team’s success would not last long. The squad’s backbone was made of players in their thirties, such as Giorgio Chiellini, Leonardo Bonucci, Lorenzo Insigne, and Ciro Immobile. This speaks to one of the main criticisms towards the Serie A league: the fact that young Italian players do not get the chance to play enough in their club teams. This argument was brought forward by Paolo Nicolato, manager of Italy’s Under-21 team, who claims to be scouting young players from Serie C — as Serie A teams do not give young players the necessary time to develop their skills and experience.

According to CIES’ data, Italian players under the age of 21 only play an average of 3.9% of game time. This quite obviously doesn’t give them the experience they need to play at a world-class level. Indeed, Mancini’s over-reliance on players like Insigne and Immobile, although providing short-term results, did not guarantee the continuity of the national team’s success.

On the other side of the Atlantic Ocean, there’s a national team with similar performance problems. Gifted with a generation of top-ranking players, it seemed inexplicable that until 2021 the Argentine national team had not managed to win any major trophies. Despite reaching the 2014 World Cup final against Germany and multiple Copa America finals, the generation of Lionel Messi, Sergio Aguero, Angel Di Maria, and Gonzalo Higuaín had failed to bring any trophies back to Buenos Aires.

Until the team’s recent Copa America victory that is. Yet the structural issues of the Argentinean football system still linger. For example, the squad has been led by five different managers in the past ten years, with none of them (except Lionel Scaloni, the current manager) staying for more than three years.

Scaloni, who took charge after the 2018 World Cup, was tasked with renovating the national squad, which he did by addressing the issues that currently affect the Azzurri. He exploited young talent, he drew new players from the local league, and he tested new tactical approaches. His investment in the younger generation, despite taking a few years to ripen, seems to be producing results, as the Seleccion looks stronger and stronger.

Yet it’s a process that inevitably takes time. What’s important is that the short-termism that had characterized the national team in the previous years does not lead to a loss of trust in the current manager and squad, who will need time to achieve the experience and cohesion of the previous generation.

Could it be that what we’re witnessing in football reflects a broader approach to politics and planning in Italy and Argentina? With pressure to achieve immediate results and satisfy the public, long-term plans are often foregone in favor of immediate results.

Both Italy and Argentina face structural difficulties at the socio-economic level which could be partly blamed on short-term approaches to policy and decision-making. In Argentina, the current government is facing pandemic-induced economic turmoil, as well as the consequences of the previous government’s borrowing from the International Monetary Fund. In response, voters seem to be inclined to vote for renovating the political class, albeit with very limited alternatives.

Similarly, Italy’s political class is struggling to achieve the promises made in the wake of planning for the EU Recovery Fund. While the planning for the PNRR (National Plan for Recovery and Resilience) takes time and careful forecasting, it is harder and harder to overcome short-term political and economic issues in the country. Yet successful implementation will require a focus on the long-term benefits of investments in youth, the environment, and digital growth. These choices will probably take time to produce tangible positive effects on the country’s economy — and the risk is that voters and politicians will make choices in favor of short-term, though unsustainable results.

Searching elsewhere for a solution

How can the two sides solve their respective problems? Given the structural and deep-rooted causes of uncertainty in both Argentina’s and Italy’s national football systems, it might be worth looking at examples from other countries that have faced similar crises in the past.

In 2014, England’s Football Association launched a program called ‘England DNA’ through which young players develop the core skills and tactical traits which characterize the senior team. Similarly, Germany has invested in small clubs, making sure that every young player can reach an excellent training facility in less than half an hour across the country. Portugal’s approach has been even broader and more ambitious. The Federation has instituted a center for educating and skilling administrators of local football clubs, the Portugal Football School, which aims to spread capacities, knowledge, and skills across the whole football federation.

What seems necessary to relaunch a football system is coordinated work at the Federation level, integrating talent development with tactical cohesion and managerial expertise at the local club level. We’ll have to see whether Italy and Argentina are capable of taking a more long-term approach, rather than rushing managers to achieve immediate results. That’s the solution to their footballing problems — but the structural issues facing both countries at large may need some more radical measures.