Sustainable Italy: The Role Of Youth In Italians’ Institutions?

We speak of climate action and saving future generations. How do the youth play a role with different stakeholders in saving the planet? 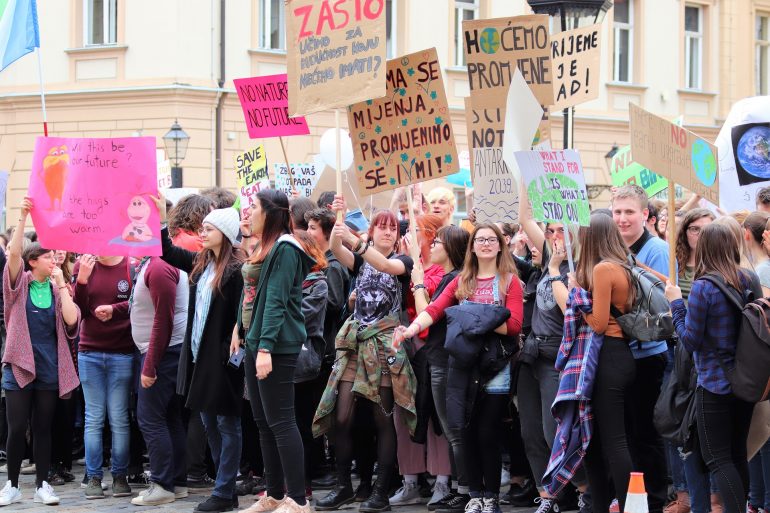 The democratic mechanism mirrors the data on the composition of the population, especially regarding the parliamentary body (average age in the Chamber of Deputies is 44 years while in the Senate it is 52 years), with consequent repercussions on the choices of the political agenda. The principle of popular representation is objective: there are fewer young people in Italy and few who vote.

The role of young people, especially in Italy, is often relegated to positions of subordination, or at least not in decision making roles. The absence of concrete policies on education, research, job placement, and economic support is a very strong signal.

In recent years, however, especially with the EU Youth Goals and policies, there is an apparent greater interest in young people. The EU has set up consultation bodies, inviting representatives of youth movements to the institutions, initiating projects directly involving young citizens for a direct representation of the generations fighting for the principles of social justice to be effectively implemented and to become the criteria for evaluating national policies.

“What’s next?” is precisely the question that the ruling class poses to the generations, and although the answers have already been highlighted in various fora, it seems that no particularly incisive decisions have been taken. This paradox is explained by some with the phenomenon of ‘youth-washing’, which consists of expressing support and agreement with the ideals of youth movements, falsely fulfilling the duty to listen to this segment of the population, and inviting their representatives to institutional venues, but not attributing value or consideration to the requests.

Young people on the other hand, while keeping a fixed eye on the future, are also looking at the present, troubled by events that may or may not be foreseeable, and are organizing themselves aware of the urgency and need to change course. In the wake of EU policies, even the Palaces in Italy have opened their doors to young people, consulting them in the study and drafting of laws, in order to identify the priority objectives to be pursued in the near future, and also to demonstrate how much the Belpaese can and will be ready to receive the wind of change.

To put the national situation in its best light, however, it is necessary to bear in mind the statistics set out in the first lines of this article and that young people do not, however, constitute an economic or cultural force. However worthy these efforts may be, we are certainly a long way from truly representing young people in the institutional mechanisms of democracy.

A different form of participation, however, is being used by the new generations, in the form of active citizenship, civil disobedience, and aggregation in organizations, movements, and associations that present and interpret the demands of the civil world often opposed to the interests of capital: “People, not profit!” is the motto of those who are rising up in 2022.

The return of intermediate bodies as catalyst poles of interests and transversal battles compensate for the shortcomings of the state apparatus, making young people the protagonists of change.

The theme of environmentalism and ecology are acting as a way to bridge the absence of young people at institutions, as these issues are perceived with greater sensitivity and urgency. Thanks to the principles of social justice, of which climate justice is a rib, the age characteristics of the subjects are indifferent, and also experienced, a very controversial issue in Italy. Experience, in fact, is often used as a tool to exclude young people from the most important decisions. Instead, environmentalism promoting creativity, courage, and justice is an autonomous and inclusive movement, which allows everyone to join without discrimination.

Comune of Lainate on SDG & youth

Recently, the Comune of Lainate included Rethinking Climate — a youth-led nonprofit on environmental communication that I am a member of — to talk about the United Nation’s Sustainable Development Goals and climate action at a local level. It was encouraging to see a panel comprised not only of policymakers but also climate activists of all ages. The interesting element of this panel was that we did not discuss the topic itself, but rather its application in an easy informative format centered around also in how to include youth in this process. As an introduction to the conversation, there will be more input on June 9, 2022 where the panelists will meet again.

KlimatFest: a location also for youth

Organizations, however, do not only play the role of antagonist but also a very important role of dissemination, education, and collective reflection in the form of workshops, conferences, and events. It is thanks to this sounding board — i.e. the intermediate bodies of civil society — that young people are making themselves heard in Italy. The theme of social justice will be the focus of the four-day (June 2-5 ) environmental event Klimatfest, the third edition to be held at Milan’s Parco Nord. Under the motto “Our Future is in the Health of Nature,” social justice is understood as a combination of the fight against inequality and the promotion of fundamental rights. Ecological organizations such as Rethinking Climate and Emergency will stand shoulder to shoulder during these festive days. The main themes of the third edition of the KlimatFest will be very broad: food and sustainability, energy transition and production conversion, and gender justice.

As the organizers say, “The KlimatFest program combines the need for correct and in-depth information on environmental and social issues with the value of meeting and exchange, in a setting that naturally encourages mutual exchange and knowledge.”

Youth play a crucial role in the change for the future and can collaborate with older generations to provide support on climate action.