Versilia And Russians: A Love Story Coming To An End?

The invasion of Ukraine by Russia has brought a sudden halt to the decade-long tourism industry in Versilia. 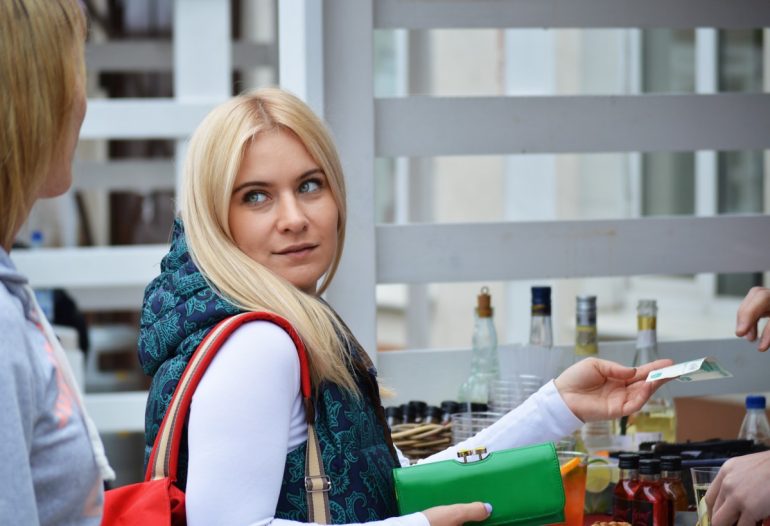 A Russian woman paying at a shop. Photo: Pxhere.

It’s no secret that the pandemic of COVID-19 brought the travel industry to a standstill. And given that tourism accounts for 14% of Italian GDP, times have been tough for many people that rely on the trade.

After the lock downs, successful immunization campaigns eased the strain on the industry, with people spending money and traveling again. Even Russians vaccinated with Sputnik were able to acquire the EU Digital Vaccination Passport, allowing them to travel across the European bloc.

Yet, for some parts of Italy, the war in Ukraine has caused the economic pressures to return. The travel that Russians once enjoyed across Europe has now come to an end. However, since Russian holidaymakers contribute to Italy an annual total of almost €1 billion a year, the situation is dire. And one of the places where the impact may be felt the most is Versilia, Tuscany, where Russians have represented regular, big-spending customers since the 90s.

Named after the Versilia river, the area known as Versilia lies in the northwestern part of Tuscany, between the provinces of Lucca and Massa-Carrara. In this blissful stretch of the Tuscan coastline, tourists can discover blue flag beaches, seaside clubs, and luxury resorts. But it’s not just boutique hotels and boisterous nightlife. Alongside that, you’ll find a calm, rural lifestyle and branches of olive trees dancing in the sea breeze.

You’ll also find a substantial Russian community. Russian money has been buying lavish villas, resorts, and businesses here over the last 20 years, turning the area into a so-called playground for Russia’s rich. Despite sanctions brought in against Russian wealth in response to the 2014 Crimean War, locals in the area have still been relying on deep Russian pockets to sustain the health of the tourist industry.

Yet the latest Russian aggression means that things have now changed in the area. To give an example, many Russian tourists used to stay at La Datcha resort in Forte Dei Marmi, where a 20-guest palazzo could be booked only in its entirety, for €69,000 to €100,000 per week. Yet La Datcha, whose ownership has links with the Russian oligarch Oleg Tinkov, will soon cease its activity due to sanctions against Russia and its war in Ukraine. Similar businesses in the area whose owners are Russian nationals are likely to call time on their activities due to sanctions too.

To understand how Russian tourists affect Versilia, statistics are a good place to start.

According to Luigi Casentini, a reporter from the local newspaper NoiTv, more than 50% of tourists in Forte Dei Marmi (a town in Versilia) are non-EU citizens. Among those, 70% come from Russia and Ukraine. Rumors say that even Volodymyr Zelensky, the Ukrainian president, bought a €3.8 million villa in Forte Dei Marmi through a Cypriot company.

Yet while it has been a favorite location for both combatants in this war, it is the Russian tourists who have been forced to cancel their trips to Versilia. Unfortunately, it was also those visitors who were the big spenders able to pay thousands of euros for renting local luxury estates.

Indeed, beyond the statistics, we have firsthand accounts of deep-pocketed Russians in the region. A single waiter in the resort reported received a €2,000 tip from a Russian tourist, while another holidaymaker offered immediate compensation of €4,000 for hitting a motorcyclist.

Reactions from the locals

But will the loss of Russian wealth have a big impact on Versilia? While numbers show beyond doubt that Russians represent a significant source of revenue, local people have differing opinions on the effect that it is likely to have.

First up, Bruno Murzi, mayor of Forte Dei Marmi, quickly stated his opposition to the ban on Russian travel, saying that it’s unreasonable to wage war on Russian tourists. Despite the injustice of the war on Ukraine, he argued, people should take a position against the war itself, not against Russian citizens visiting Italy.

Indeed, Paolo Corchia, vice-president of the Italian hotel association and local hotel manager, agrees. Not all Russians belong to the oligarchs’ crew, she says. Many middle and upper-class nationals in Russia are concerned about the brand new Putin’s imperialism and the war in Ukraine. But even if real estate brokers reduce their sky-high rentals, the setback will be lighter than expected.

Many Russians are already living in Europe, Corchia notes, and once the war is over, they can easily reach Versilia. Interestingly, at least 500 Russian families already live there, even founding the association ‘Russkaya Versilia’. Further, while it’s true that it is no longer possible to travel to European countries from Russian airports, many Russian nationals continue to try to reach Versilia, by making stops in Turkey, China, and Dubai.

Yet, local businessmen are eager to state that it’s not just Russians who want to come — other nationalities beyond Russia are eager to come to Versilia. Italians, French, and U.S. citizens appear to be ready to step into the vacuum. And while they may not be as big spenders as the Russians, they indeed make up for their dropping numbers.

The consequences of the war

It doesn’t look like local businessmen are worried about Russians disappearing from the Tuscan seaside. Thanks to continued demand from foreign and Italian visitors attracted to post-pandemic freedoms, the drop in numbers among Russians in Versilia may yet have only a minimal impact on local revenues.

However, the tourist industry — in Versilia and across Italy — is not out of the woods yet in these years of crisis. Instead, snowballing prices of raw materials, energy, and food are a growing concern. The months ahead could be tough, Russian tourists or not.