How Did Italy Handle Eurovision 2022?

Expectations were high in Turin for Eurovision. Did the Italian city get everything right on the night? 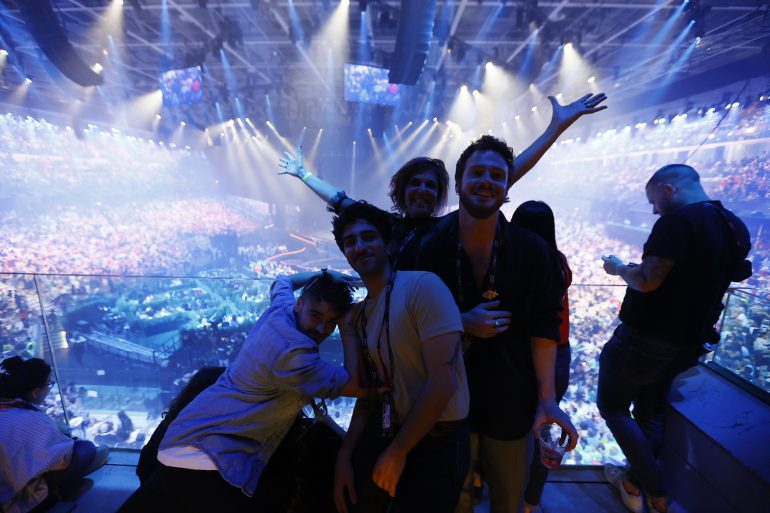 Of the forty thousand air passengers passing through Turin airport in Italy for Eurovision 2022, 56% were making their first trip over to the host city packing local hotels to almost full capacity in the process. Expectations were riding high with a drive to get tourism and music back on its feet post pandemic, and Italy and Turin wanted to impress with an Olympic size stadium, music filled piazzas, culture, food and beauty.

Post event, the figures out from Turin’s local newspaper La Stampa state that 90% of Eurovision fans said they want to come back to Turin again with 80% saying they had a positive experience. This 66th Eurovision event, this time broadcast to 590 thousand global spectators, has achieved cult status over the years for entertaining us with its most outlandish music acts, kitschiest costumes and craziest lyrics and makes an impact wherever it goes — but, did organizers really get everything right on the night?

Turin was geared up and ready to party after the pandemic caused a hiatus in music festivals and outdoor performances that are a big feature on the good weather calendar throughout Italy. And no strangers to organizing big events including Kappa Futur Festival and the winter Olympics, Turin had no doubt it could put on a show.

The worst fans have seen

According to Brussels correspondent Dave Keating, however, this was in doubt. He tweeted controversially that “This is the worst Eurovision hosting organization [the fans have ever seen].” The criticisms from Keating on Twitter beat down as harshly as the soaring temperatures on Turin’s city organizers. Some bemused locals even said they’d never heard of Eurovision. And then there was the drama of hordes of enthusiastic fans breaking the lines at the 17 thousand capacity Eurovillage to grab a spot at a free Negrita concert, leading to fears for public safety and urgent appeals for restraint from both the stewards, the police and the band members themselves.

But as Keating dished out the dirt on the organizers, others on the ground also told a different story. One of the volunteers working at Pala Olimpico only had good words to say about the other volunteers and event organizers. She expressed doubts over the reliability of some of the journalist’s interpretations at the event since she had seen that many of them weren’t even watching the final on Saturday night but spent the whole time glued to social media.

Tensions bubbling under a sinking sun

To make matters worse than the Keating tweet though, the sun had already started to dip ominously behind a cloud of diva-like tensions on Eurovision just weeks before kick off when rumors of strains hot the press over the amount of stage presence Laura Pausini, Alessandro Cattelan and Mika, the three Eurovision presenters could get. This coupled with technical issues with designer Francesca Montinaro’s epic stage set meant that the main Eurovision acts also risked being left with seriously dimmed impact on stage on the day. Human rights and animal activists of Extincion Rebellion also took their chance to participate in their own way in Eurovision by conducting a sit-in and blocking traffic on the main roads that straddle Pala Olimpico just hours before Saturday’s final, thereby potentially compromising access for the emergency services.

As Keating mused provocatively on Twitter that the City of Turin perhaps underestimated the numbers of people who would show up for Eurovision events throughout the city, things got off to a wet start as the rain came down. Despite the threat that usually keeps local people indoors, even the rain couldn’t dampen the mood, and locals and tourists alike came out in their droves to throw shapes alongside Subwoolfer, Norway’s flash mob dance tutorial recorded in Piazza Vittorio last week. A premonition of the success of things to come, perhaps? Impromptu performances by Mahmood and Blanco while zipping around town on an e-scooter downtown Turin was greeted by enthusiastic screams and cheers from fans along by river Po and Piazza Vittorio.

Emotionally charged performances by Rockin’ 1000, the biggest band in the world, an idea born as a tribute to recently deceased Foo Fighters drummer Taylor Hawkins, saw 500 musicians from all over Europe blast out a rock version of Te Deum, the Eurovision anthem in Piazza San Carlo followed by John Lennon’s Give Peace A Chance to open Saturday’s final and in prayer for peaceful times ahead. A special performance by Eurovision 2021 winners Måneskin too, who showed up to sing their new song Supermodel during Saturday night’s final and were complimented for the way they mingled and signed autographs over breakfast in the sun at their hotel opposite the Duomo.

The sun shone and hacking intercepted

Not only did the sun come blazing out and Turin’s streets and piazzas turn into a massive street party with museums, restaurants and bars staying open all night on Saturday, the main events inside Pala Olimpico too appeared to go by without a hitch and the beaming sun stage set seemed to be working smoothly — at least that’s how it looked on Youtube. Mika may have slipped up and introduced Holland instead of Poland before Ochman came on stage, and some of Laura Pausini’s costume changes may have been questionable, but the audience looked like they were having fun, so too the contestants with their infectious enthusiasm and love ‘em or loath ‘em catchy tunes.

This year’s event, however, was more politically charged than usual because of the war in Ukraine and Russia’s elimination from the competition. Just a few hours ago irregular voting patterns from six currently unnamed countries participating in the competition were revealed by Eurovision organizers. Signs of vote tampering by a pro-Russia hacker group were successfully intercepted by Italy’s cybersecurity division during the first semi-final and Saturday night’s final. So, who’s to say that it didn’t go alright on the night?