Is Italian Espresso Next In Line For UNESCO Status?

The Italian espresso has become much more than a simple drink: it’s a cultural icon. 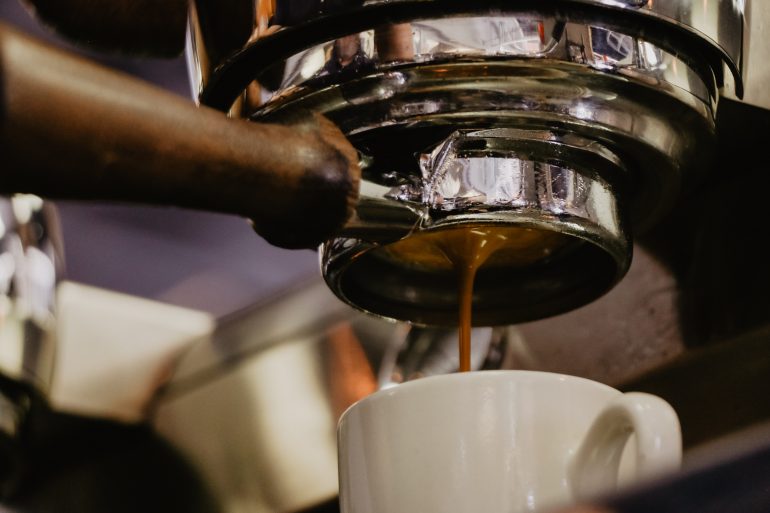 My last trip to Italy started in Rome — a city that I have frequented many times and that I love dearly. It was early August, and the temps were already sweltering before 9 am. My husband and I had stopped by a small café just outside the walls of the Vatican to grab a morning coffee and cornetto before ascending St. Peter’s Basilica.

As I was handed a perfectly crafted Italian espresso in all of its dark and frothy glory, the barista jokingly chimed in about how this sip would be much different than the sort of dull, black broth that is known as American-style coffee.

I looked at him, and we both laughed because it’s true. I’ll admit, I’m more inclined to drink my boring ‘drip’ coffee when I’m home in the U.S. And after all, the infamously American-dominated Starbucks only just opened its first Italian outpost in the center of Milan in 2018. However, when in Italy, nothing matches the pristine specialty of a true Italian espresso.

Coffee was first cultivated in Ethiopia and later brought to Europe through various trade routes. It eventually entered the Italian market through Venice, which was Italy’s largest port city at the time.

Some sources say that when coffee first arrived in Italy, it was regarded as a sinful practice due to its association with Islam through the Ottoman Empire. So much so, that in 1600, Pope Clement VIII was asked to denounce it once and for all in order to discourage regular consumption. In a matter of fairness, he only agreed to do this after tasting it himself. He is supposedly quoted as saying, “This Satan’s drink is so delicious that it would be a pity to let the infidels have exclusive use of it.” Whether or not this is actually true, I think we can all agree that having daily access to coffee is a blessing.

Coffee culture in 17th century Italy more closely mimicked that of Turkish coffee practices that required around five minutes to prepare. As more and more ‘coffee houses’ popped up in Venice and the demand for coffee grew, so did the need for a more efficient method of brewing.

To be clear, an Italian espresso is the brewing method, not a particular type of coffee bean, and the name actually comes from the Italian verb esprimere which means to express or press out.

The first ideation of an espresso machine was created by a Turin-based inventor named Angelo Moriondo in 1884. His machine would get the job done, but it was big and bulky. At the beginning of the 20th century, a Milanese inventor named Luigi Bezzerra would patent a smaller version of the original with the ability to brew a single cup. Though his machine was smaller, it was inconsistent and would often burn the baristas via the hand-operated pressure valve.

A friend of Bezzerra, Desiderio Pavoni, helped him perfect his machine by adding a pressure release function that made brewing safer and faster. They also added a steam wand for frothing milk which added that sumptuous creaminess to other drinks such as the cappuccino and macchiato. In 1906, their machine, known as the Ideale, finally hit the market and popularized the term espresso.

As the 20th century progressed, so did espresso machines. More advancements and fine tuning lead to the fast-paced, ultra-efficient, and reliable practices that have become permanent fixtures seen in Italian bars today.

What is certified Italian espresso?

It has already been determined to be much more than just a drink. The Italian Espresso National Institute (INEI), founded in 1999, has actually determined a handful of carefully-regulated rules that constitute a certified Italian espresso. They aim to protect the tradition, culture, and quality of this coveted sip.

These specifications state that a cup of Italian espresso should be brewed with seven to nine grams of beans that will result in 13 to 25 milliliters of liquid coffee. The brewing time should be between 20 to 27 seconds due to intense pressurization, and the cup it will be served in should be warmed and strictly made of porcelain. Lastly, the drink must be topped with crema — that light and frothy layer — and should be able to hold its form and integrity for at least 120 seconds from the time the espresso has been dispensed.

The INEI also describes the finished product as having a hazel-brown to dark brown color and foam with tawny reflexes. The intense aromas should also hint at flowers, fruits, toasted bread, and chocolate. Sour and bitter notes on the tongue will prevail and perfectly balance out each other. This is a certified Italian espresso in its purest form.

Gian Marco Centinaio, Italy’s deputy agricultural, food and forestry minister, announced in January 2022 that the country would be submitting a bid to have Italian espresso recognized by UNESCO as part of the nation’s “intangible cultural heritage.” UNESCO deems this as “the practices, expressions, knowledge, and skills that communities, groups, and sometimes individuals recognize as part of their cultural heritage.”

Centinaio beemed that Italian espresso “is a genuine ritual, an integral part of our national identity, and an expression of our sociality that distinguishes us in the world.” Centinaio continued that he is confident the bid will be approved as UNESCO has already added a handful of Italian cultural practices to its intangible list — the latest being Italian truffle hunting and extraction.

In addition to Cetinaio’s comments, Ilaria Denasi, a member of the Consortium for the Safeguarding of Traditional Italian Espresso Coffee, is hopeful to reclaim the espresso’s true Italian identity. “That’s because the espresso originates from the creativity of Italians,” she said.

Whether Italian espresso becomes UNESCO official or not, it will continue to be an icon of daily Italian culture and highly beloved — and consumed — within Italy and around the world.