As war in Ukraine monopolizes the Italian media, the problem of how news channels deal with foreign policy issues has returned. 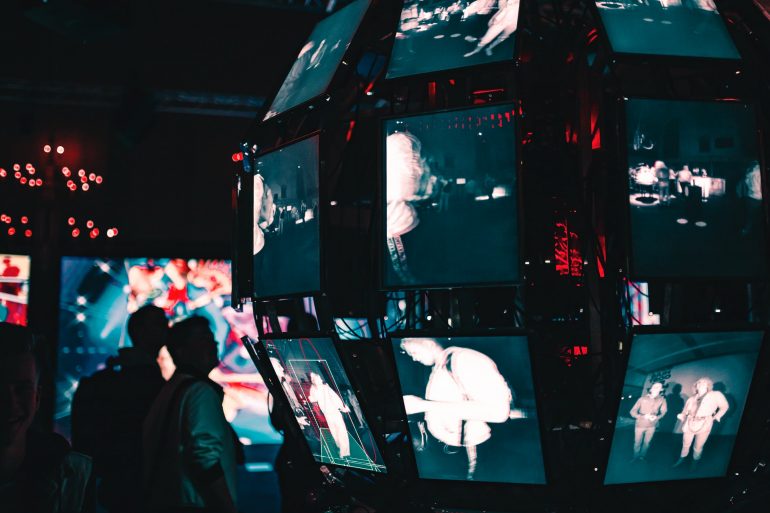 The war in Ukraine is, for now, monopolizing the content of the Italian media, from newspapers to talk shows and social networks. And rightly so. But in this latest global crisis, the tricky problem of how our news channels deal with foreign policy issues has come, and should come, to the fore.

The difficulties that Italian media have in covering foreign policy issues in a comprehensive, in terms of quantity, and professional, in quality, are a common complaint. Yet, as war rages on, as it may for a long time yet, it’s worth considering in detail the reality of these problematic media dynamics.

After all, the media is the way that we gain access to and understanding of the world beyond our immediate experience. But there are 5 problems — at least — that are holding back our understanding.

1. Inconsistency of information defines the relationship between Italian media and foreign politics.

In Italian media, there are periods in which an issue is treated in a capillary and — if I may say so — exaggerated manner. All the newspapers, TV news, and talk shows focus on a single event, creating huge quantities of information. Then, all of a sudden, the topic loses its appeal. Something else comes up, the situation stagnates or goes on for too long, and the topic suddenly or very quickly disappears.

The war in Afghanistan is exemplary in this regard. After a decade of fighting, suddenly Afghanistan was back in the news. Then, after the events of August and early September 2021, when everyone spoke about the American and European withdrawal, silence fell once more.

For audiences, this creates a distorted understanding. The problems seem to be there only when they are talked about. In this way, the events seem to have no history, the key characters seem to be dropped out of the sky, without previous histories, responsibilities, or context.

Speaking of Ukraine, between the Crimean war of 2014 (which was not covered extensively by the Italian media) and the current Russian invasion, a lot of time passed. How many Italians are informed about the background of the Russian invasion?

A few days after the outbreak of the war, during Lili Gruber’s Otto e mezzo news program, an Italian professor in Ukraine repeated several times: “Ukraine has been under attack since 2014.” She was evidently annoyed by the discussion in the studio, which treated events as though Putin had woken up one morning and decided to invade Ukraine. We perhaps all should be annoyed about this framing too.

2. Specific foreign policy expertise is rarely a requirement of those in Italian public debate.

What gives someone the right to talk about something? In newspapers, but especially on talk shows, the same people — mostly men, white, in their 50s — are called upon to give their opinion about very different topics. Apart from some new faces who have appeared as experts on war and the region, many of the familiar faces remain the same.

This diminishes the quality of public debate on the subject. Foreign policy is complex, both very broad and highly specific. Are we sure that those who speak about the Middle East, about party politics, or about free speech can also speak with the same competence about Ukraine?

Of course, platforming only experts on the subject or hearing from war correspondents on the scene does not immunize everyone from fake news or misinformation. However, in most cases, it could help to shift the discussion to concrete facts, rather than idle, ill-informed speculation and opinion. Regarding the war in Ukraine we have heard all varieties of ignorance, but the most disturbing was a certain tendency to a hateful denial of the atrocities that have been perpetuated.

It’s worth remembering the words of a journalist who is reporting on the war from the field, Francesca Mannocchi: “War is an exercise in doubt, but there are some facts that are incontrovertible and come from the voice of the only people who can tell the truth: the witnesses of this war.” Unfortunately, in Italy, these are some of the people who are listened to the least.

3. Discussion formats are typically inadequate to do justice to the analysis.

Since the tragedy in Ukraine, we have seen a total flattening of the public debate, reminiscent more of vulgar pub talk between opposing sport fans. Analyses — which should be complex, detailed, considered — are instead enclosed in two or three minutes of intervention, or in a few lines on a newspaper. Typically, arguments are reduced to a crude display of antagonism: Putin vs Zelensky or Russia vs NATO.

Are we sure that the format through which public debate is developed in Italy is the best it could be? Has an alternative been considered? Rather than fueling controversy, our media could instead seek to inform, to develop a critical sense among citizens. It sounds so obvious to say: sometimes things are more complex than us against them.

We suffer from a lack of time and means to express and discuss complexity. Twitter, Instagram, and ‘debate’ shows are all tools that flatten and superficialize. War, political economy, the dynamics of geopolitical interdependence demand greater depth.

This problem is born of a conviction that the complexities of foreign policy issues don’t make money or interest the broader public. Instead, people are asked to pay for this in-depth content. On the one hand, this is because quality media requires high labor costs, and rightly so. Yet the risk here is that, by association with those who are able to pay, certain topics become elitist, difficult to understand, and relegated to a bubble.

In this regard, it would be necessary to find a way — certainly not easy but no less necessary — to talk about foreign policy to a large audience without banalizing them. From this point of view, very often, younger journalists or experts have found their social channels, in particular Instagram, to be the right place to create their own insights, also based on the direct request of users.

5. The Italian media suffers from a certain provincialism.

It is claimed, on the one hand, that Italy’s domestic problems are so serious that there’s no time to talk about foreign affairs. On the other, commentators point out Italy’s decentralized position in the international arena: Italy’s international weight is limited and our voice on matters is small.

These statements, in my perspective, are disempowering and dishonest. They do not take into account the degree of globalization of today’s world, which makes us more interdependent than many of us would like to believe.

Let’s take an example on the topic of migration. As I wrote in another article, when we talk about migrants we typically only talk about landings and problems that occur on Italian soil — without searching for the root cause. Very banally, if we take into consideration the three main nationalities of migrants arriving in Italy — Tunisia, Egypt and Bangladesh — what do we know about their countries and their economic condition? Does our media report on them?

From my research and observations, the Italian mainstream media talks very little about them — almost nothing at all. Alternatively, if we think about the conflict in Ukraine, discussions about the war and the conditions in which people are living have helped our understanding of the plight of refugees. This, in turn, has most likely been helpful in creating a fertile ground in favor of reception and in fighting political exploitation.

There are good reasons to talk about foreign policy and to improve the public debate in regards to how these issues are framed. What remains unclear is whether we are willing to create anything new.

Perhaps the problem all revolves around one main factor, which is the role that the media want to assume within society. Do they want to make citizens more aware and better informed? Or do they want to gain from and blow on the wind of polemics?