After Russia, Italy seeks a strategic partnership with Morocco. Renewable energy is now key to the energy independence countries must achieve. 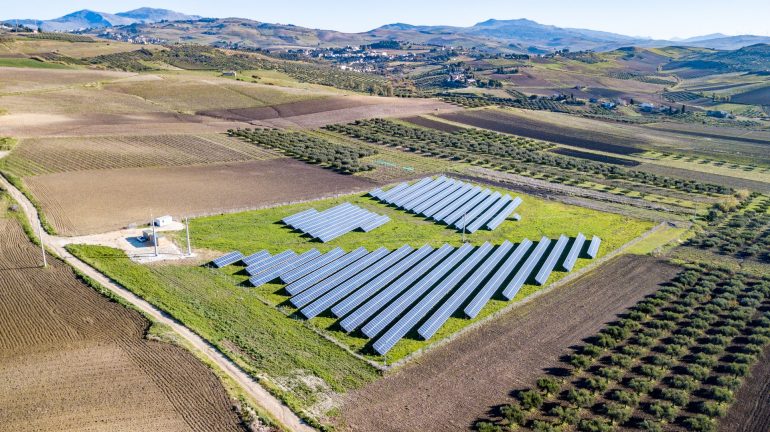 This article is written in collaboration with Flavia Murru for Rethinking Climate’s column, Sustainable Italy. Rethinking Climate is a youth-led international cooperation nonprofit whose mission is to understand how best we can communicate, and therefore comprehend, the climate crisis and sustainability in its variety of topics. What is it about the way we are communicating climate issues that makes it so difficult to implement the solutions available?

The armed conflict that took hold in Ukraine on February 24, 2022 has brought a series of serious economic consequences in its wake. These are affecting all areas in Europe, due to our previously tight economic relations with Russia. The prices of fuel and gas, for example, have run wild. As a result, some sort of palliative to the EU’s current economic dependence on Russia is an urgent requirement.

Trade flows between the EU and the Kremlin have been increasingly intense in recent years. Imports of both fuels and fertilizers have boomed in particular. In fact, in 2021 the EU imported goods from Russia to a tune of €158.5 billion (7.9% of total imports from non-EU countries), placing Russia as the third source of imports to the Union. If we shift our attention to Italy, we note an even stronger increase. In 2021, the import of goods from Russia increased by 34.4%, as reported in a study by Intesa Sanpaolo.

Now, it is in a context of war — of price increases, of fear, of a need for quick reactions — that the EU must implement strategies for the protection and defense of European citizens. In the face of expensive bills, it has undertaken to provide subsidies that would allow it to meet upcoming expenses. However, this cannot be a long-term solution.

According to what was announced by the president of the European Commission Ursula von der Leyen:

We must become independent from Russian oil, coal and gas. We simply cannot rely on a supplier who explicitly threatens us. We need to act now to mitigate the impact of rising energy prices, diversify our gas supply for next winter and accelerate the clean energy transition. The quicker we switch to renewables and hydrogen, combined with more energy efficiency, the quicker we will be truly independent and master our energy system.

Italy is now facing an unexpected, but perhaps foreseeable, crisis. So, what are the measures implemented by the government? This April, we still see Russian ships unloading gas and petrol in Italian ports such as Syracuse. But how long can this exchange continue?

The short answer is that it can’t. Italy is now looking south, rather than to the east, for its energy needs. The difference this time is that they are green.

Italy aims to consolidate trade with Libya and Algeria to make up for incoming shortages, but there is a new potential seller who could provide clean and sustainable energy: Morocco. As we can see through the plan presented by Morocco to the United Nations in June 2015 and updated to the year 2021, the north African country has made an enormous commitment to the energy transition in the last ten years.

Morocco has achieved brilliant and exemplary results compared with other states of North Africa, such as Tunisia. In fact, both share very strong and tangible risks and problems in relation to climate change such as coastal erosion, marine water pollution, drought, scarcity of water resources, and urbanization, with devastating consequences on the agricultural sector. Nonetheless, the country is leading this ‘green transition process’ in North Africa.

It is for this reason that Morocco has put in place a plan, largely financed by foreign investors, that has put clean energy at the center of its energy needs. Wind power has been the key point of the strategy, which together with reforms in the agricultural sector and transport, has lead to a 19% increase in clean energy in the last ten years. Defined the ‘El Dorado’ of renewable energy and energy dependency, Morocco was ranked 7th already in the 2016 Climate Change Performance Index and it was the only non-EU country in the top 20.

The EU, therefore, has decided to support this country that is strategically connected with Europe. It has made available, through the ‘Global Gateway’ program, a loan worth €1.6 billion to intensify the Moroccan green transition and counteract a policy towards coal energy in Morocco carried out by China.

It is in this context that Italy, together with Spain, France, Portugal, and Germany, is a candidate as a decisive partner in this cross-border collaboration. This could allow us to supply ourselves with clean, sustainable, and renewable energy from a short-range partner.

The need for energy independence

Italy has recently been ranked first in the EU for its circular economy, which can help to drive down reliance on energy. But if it is to become serious about its future, true energy independence will be a must.

That means not relying on other countries for our energy needs, but satisfying those needs through homegrown production of solar, wind, and other types of renewable energy. This isn’t just good for the planet, but for Italy’s geopolitical security.