Pope Francis diplomacy is the opposite of Draghi's — and maybe just as futile. 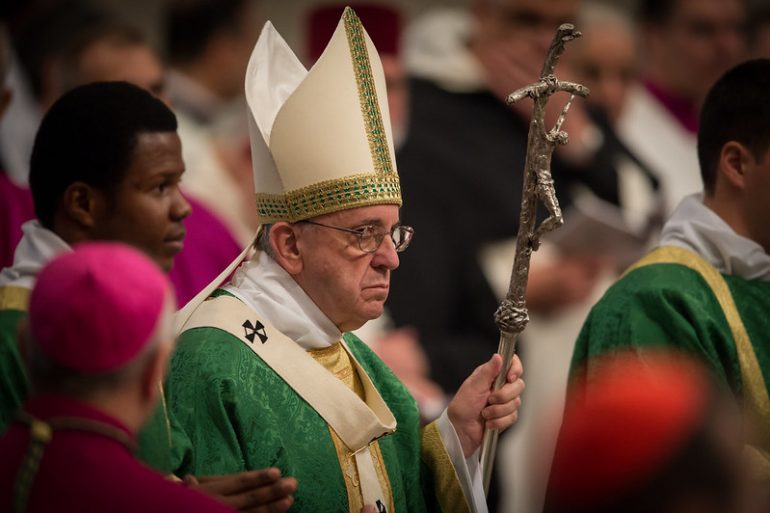 Pope Francis ended the Palm Sunday Mass on April 10 by urging “Let the weapons be put down! Let the Easter truce begin.” The Roman pontiff recently reiterated his call for a ceasefire in Ukraine along with Antonio Guterres, the head of the United Nations, and Major Archbishop Sviatoslav Shevchuk, the leader of the Ukrainian Greek Catholic Church. On April 21 the three leaders called for a four-day truce beginning on April 24 when, following the Julian calendar, the Eastern Orthodox churches celebrate Easter.

This is the latest move in Pope Francis’ attempt to carve out a diplomatic solution to the war in Ukraine. By using his status as the religious leader of two billion Catholics, he hopes to appeal to a sense of Christian solidarity among the main parties to the war. His decision to meet with the Hungarian Prime Minister Viktor Orban at the Vatican this morning lends point to this tactic.

Orban, leader of the traditionalist Fidesz party and Putin’s friendliest man in Europe, has opposed Western sanctions against Russia and blocked the transit of weapons to Ukraine. By meeting with him and honoring Hungary’s reception of Ukrainian refugees, Francis hopes to pursue a “road to peace” that consists of warmer ties with those close to Russian President Vladimir Putin.

The Pope has also sought to improve relations with the Russian Orthodox Church in the person of Russian Patriarch Kirill. Kirill, who supports the Russian invasion in his role as prop for Putin’s regime, has alienated Orthodox Christians worldwide and severed relations with other Orthdox Churches, notably in Ukraine and Greece.

But Francis has refrained from calling out Russia and Putin by name in his various condemnations of the war, and spoke by video call with Kirill last month in order to keep open a path of dialogue with the Orthodox leader. There have also been reports that the two might meet face-to-face in Jerusalem in June.

The Pope’s peace diplomacy is a striking contrast to that of Italian Prime Minister Mario Draghi. Against the position held by the papacy that tensions should be resolved with “dialogue and not with arms,” Draghi recently gave a clear if indirect response. “Not to send arms to the Ukrainians,” he said, “means telling them they should accept slavery and submission.” The Italian government sees peace as a victory for Ukraine or, short of that, a truce with no winners.

Italy is thus steadfastly on the side of the EU and the US. As long as the Euro-Atlantic alliance is waging a proxy war against Russia in Ukraine, it seems unlikely that Italy will be able to play a role in peace negotiations. Draghi’s decision to sanction Russia and wean Italy off Russian energy has placed what was once a friendly nation on Russia’s list of ‘hostile countries’, together with the other European governments. “Peace,” said Draghi in the context of rising energy costs, “is worth sacrifices.”

Italy abandoned any possible mediating role in the current crisis long ago. Pope Francis may be in a better position to placate tensions through ecumenicism, and Ukrainian President Volodimir Zelensky himself welcomed a possible mediating role on the part of the Holy See. But when it decided to include both Ukrainians and Russians in its ‘Way of the Cross’ procession on Good Friday, Ukrainian Catholic leaders were incensed. “Gestures of reconciliation between our peoples will be possible only when the war is over and those guilty of crimes against humanity are justly condemned,” said Shevchuk.

If Pope Francis wants his peace diplomacy to succeed, he will first have to convince the Ukrainian people that what he calls peace is not surrender.