According to the recently published report by the Circular Economy Network, Italy is the European leader for circular economy. 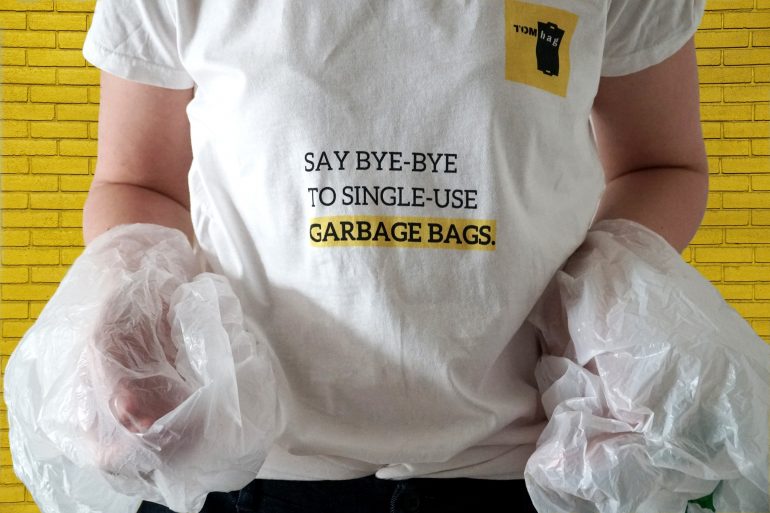 Sustainable Italy is a column created in collaboration with Rethinking Climate. Rethinking Climate is a youth-led international cooperation nonprofit whose mission is to understand how best we can communicate, and therefore comprehend, the climate crisis and sustainability in its variety of topics. What is it about the way we are communicating climate issues that makes it so difficult to implement the solutions available?

According to a recent report published by the Circular Economy Network — in collaboration with ENEA — Italy is the leader when it comes to circular economy application in Europe.

Attention to circularity is becoming more prominent especially after the European Union’s Circular Action Plan was first drafted in 2015. Since then, more countries, businesses, and organizations are moving in this direction and choosing to switch their business model.

But how did Italy become one of the best-performing countries in Europe? We find out.

As the Overshoot Day calculates, we take from our planet more resources than can be naturally restored. This is the fundamental observation that drives the circular economy, a system first named by China as part of its national objective to improve the efficiency of materials and energy use. In its simplest terms, that’s what a circular economy is all about — to ensure that no materials and energy are lost in a process, but rather recovered and reinserted to achieve the same result. Hence, the loop is closed, in a circle.

But to achieve that, knowledge and awareness of the circular economy are necessary for organizations. And not everyone agrees in practice with how it make it a reality. In fact, research demonstrates that there is low consensus on a shared definition of circular economy. For example, the Ellen MacArthur Foundation identifies three main circular economy pillars: to eliminate waste and pollution, circulate products and materials, and regenerate nature. Other organizations, however, identify up to seven.

Further, businesses don’t respond as well to some of these pillars as they do to others. Research shows that manufacturers are willing to choose practices related to energy consumption, yet they are less favorable to investment recovery, green purchasing, or customer cooperation, although these play a fundamental role in.

In Italy, the national recovery plan (PNRR) dedicated over two billion euros to applying efficient circular economy strategies providing infrastructure for green and resilient waste management and collection. In particular, these funds are directed to the center-south of Italy and the final amount should be dedicated to four main areas: recycling and waste management of electronics, creation of infrastructure for management of paper and cardboard, new plastic recycling plants, and recollection sites for pre and post-consumer textile use. This should continue Italy’s success.

In this way, Italy’s resource productivity value is higher compared to the rest of Europe, as the consumption amount per citizen remains the same compared to last year. Therefore, while Italians are able to partially recuperate resources that have both material and economic value, they still consume the same amount. Of course, Italy can be considered a high-income country — although not one of the worst — yet these countries overall dominate the material footprint.

However, on another fundamental aspect, Italy is last among the biggest European countries for the number of patents deposited. This is important because it means that Italy is lagging behind when it comes to technological solutions to innovate and move forward with the just transition. Yet there are some young minds hoping to change this.

One person leading the circular economy transition in Italy is Camilla Colucci, founder of Circularity and named by Forbes as a young entrepreneur to watch. As its name suggests, her company’s objective is to support companies toward the application of circularity in their field. It does this not only by providing consultancy opportunities but also a system for industrial symbiosis where the waste of one particular company can become an economic opportunity for another. Furthermore, the platform also helps companies connect to each other so that even waste transportation or further support and partnerships can be created.

Yet Camilla is not the only person trying to make a difference. Companies such as Eurojersey and Fulgar, for example, are working towards sustainable textiles. Eurojersey, known for its sustainable solution, Sensitive Fabrics, fully monitors its emissions, which, while not always done by companies, is fundamental for circularity. In their footprint report, they highlight the increase in the lifespan of the finished product by improving its qualitative performance and reducing the release of microplastics into the environment. Similarly, Fulgar collaborates with other stakeholders to produce yarn with post-consumption filaments using products that would be otherwise disposed of.

Another growing company promoting industrial symbiosis is Sfridoo. Sfridoo offers various services including an online system to support the company’s transition to circularity. They have collaborated with important companies, such as coffee producers Segafredo, clothing company Paul & Shark, and sports seller Decathlon.

Certainly, there are some limitations in each of these business models, such as the fact that for sustainable (bio-based) textiles to last, they need to be mixed with other forms on unsustainable options. This does not mean that what is currently being done is not great, but it does mean that we require research and attention to make sure that the impact is as low as it can be, from manufacturing to disposal. Always using textile as an example, consumers should try to purchase fewer clothes, companies should work to produce and recycle clothes to reduce emissions and waste.

But it’s not just down to businesses to make a difference. The government can do more. Yes, we can too. We all have a part to play in an application of circularity that can help us achieve decarbonization. As the IPCC’s recent third installment of their final report highlights, we are running out of time. Italy’s circular economy is great news and we all play a part in this mission.