Italy’s World Cup dream is over before it even began. But should we have been surprised by the Azzurri’s performance? 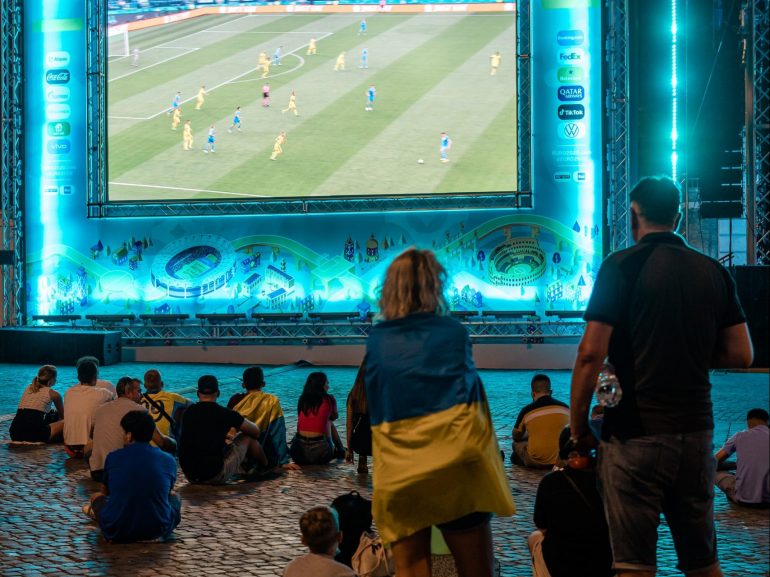 Being kicked out of the World Cup is a dreadful thing for any major footballing nation. But if you’re Italian and soccer is a kind of religion in your country, it’s fair to say that failing to qualify has been a particularly painful experience.

European champions Italy will not join the 2022 World Cup in Qatar after suffering a shock defeat to North Macedonia in the qualifying playoffs. Despite more than 30 attempts on goal, the Azzurri didn’t manage to break the Macedonian wall. Instead, they showed a lack of incisiveness and accuracy that proved fatal.

The defeat came as a tremendous disappointment, shattering the illusion of Italy achieving a double victory in the European and World Cups. But should we have seen it coming?

We sat down with Raimondo De Magistris, vice-director of Tuttomercatoweb, one of Italy’s foremost soccer publications to discuss this crushing, but not completely surprising, upset.

The reigning European Champions lost a match against North Macedonia. How is it possible? And how come, after the victory at Wembley, the Azzurri did not seem able to win even the most mismatched games?

It’s an interesting question. And to answer it, I would go back over Azzurri’s performance in recent years. Since 2006, we haven’t performed well at the World Cup. If you remember, the team didn’t qualify for the second round in 2010 and 2014. Even worse, in 2018, the Italian national team didn’t manage to beat Sweden, and we were kicked out without qualifying. That was another moment that triggered a lot of soul-searching.

But to be honest, onsidering the international performances of Italian clubs and our national team, coming out on top in the European tournament was the real anomaly. That was the weird moment, not the rest of our performance. Seizing the European cup was more of a sporting miracle, with the Azzurri in a sort of agonistic trance in which everything turned out to be 100% successful.

But anyone watching how Italy approached games in the World Cup qualifications would have noticed problems. The Azzurri wasted several golden chances to clinch the top place in the first round against supposedly lower-ranking teams like Switzerland, Bulgaria, and Lithuania.

Really, I feel that we should blame coach Roberto Mancini for losing the match against North Macedonia. He felt he owed a debt of gratitude to players who, despite winning the European Cup, were not performing at their best. Other players he chose lacked international experience and were under pressure. It wasn’t the recipe for a great team.

What are the differences between the team that won Euro 2020 and the one kicked out of the World Cup a few months later?

I don’t think there are many differences. After winning Euro 2020, Mancini should have opened a new cycle by deploying athletes who performed better. Instead, he decided to field players who won the European tournament. This was a mistake.

For instance, Gianluca Scamacca, Sandro Tonali, and Giacomo Raspadori are young but are doing an excellent job in their club. On the other hand, those who played against North Macedonia are actually performing poorly in their teams, such as Marco Verratti, Gianluigi Donnarumma, and Lorenzo Insigne.

Mancini has been brave in the past — such as when calling a young Nicolò Zaniolo in 2018 without even an appearance in Serie A. That was a bold move. But in this game, he showed a trend of entrusting players who won the European Cup and not the ones who were in tip-top shape. He lacked bravery in the qualification round.

Look, I don’t believe we suddenly stopped producing great players. Perhaps it’s true that our pool of excellent players is shrinking. But if you look closer at young national teams like the Under 19s and Under 21s, some exciting players can improve a lot in the future. For instance, the Under 19s have beaten both Belgium and Germany, clinching a spot in the European tournament. Likewise, the Under 21s are performing well in the European qualification round.

The real issue for me concerns the gap between young Italian players and foreigners. Youngsters in other countries start important international games in the Champions and Europa League. Italian clubs prefer to ship young players to inferior leagues, where they get used to lower technical standards and stop improving. It’s unreasonable that people call Federico Chiesa and Nicolò Barella “young” when they are 25. At 25 years old, players should be experienced and mature.

Again, I would highlight that we don’t lack great players. The issue is that our pool is shrinking, and our club football relies on foreigners. That’s not necessarily a problem — indeed, I’m a strong supporter of ius soli — but it’s ludicrous that foreigners cost less than Italian players. There needs to be greater support for Italian talent.

Do you believe clubs are doing enough to improve youth teams?

No. I strongly urge clubs to increase investment in their youth teams. Statistics prove that Italian clubs spend less on their youth than other leagues. As a result, there are few good Italian models to draw inspiration from.

Juventus, for instance, is the only Italian club to have a second team (Juventus Under 23) that plays in the third division. Atalanta’s young athletes, on the other hand, are all playing in young national teams and allow the club to earn a lot of money. The truth is that suitable facilities are dramatically lacking.

Many experts talk about the Spanish, German, or French models to relaunch our football. Do we need to copy those examples? Or do we need to create a different Italian model?

But since Italian players don’t have the adequate level to deploy that game style, I assume that clubs should change their benchmark. For instance, the German style is working well both in Serie A and in European tournaments, as you can see from Italian managers like Gian Piero Gasperini, Ivan Juric, and Alexander Blessin. Their game style is different from the traditional Italian catenaccio, with players more aggressive and with a more forceful game plan. It’s not by chance that Gasperini’s Atalanta is performing great in European competitions, as it represents the only Italian team to keep up the pace of foreign clubs.

From the perspective of governance, we shouldn’t devise a new model. Instead, we should eat humble pie and copy from the best. We must build training facilities and stadiums, allowing clubs to increase their revenues. Stadiums would provide Italian clubs with the money needed to improve youth fields. Sadly, building new infrastructures means dealing with Italian bureaucracy, whose inefficiency hampers long-term investment. Do you remember James Pallotta, former President of AS Roma? He tried to build a stadium for years, eventually selling the club without even laying a stone.

The outcomes would be relevant for the soccer system as a whole. It’s not worth going to the stadium when facilities are old and crumbling. At the same time, television rights don’t let clubs earn a lot of money. When watching Spanish, German or English games, you see cutting-edge infrastructure full of cheering people. When you turn on Italian soccer, you see deserted and decayed stadiums.

Is our future brighter? The defense seems solid, although there aren’t many prospects to replace Leonardo Bonucci and Giorgio Chiellini. The midfield is top class but exhausted. But the attack is fairly weak too.

Sincerely, our future looks gloomy. The main issue is the attack, as we lack a striker. Other than Immobile, there is only Scamacca, while other Italian strikers are playing in second and third category clubs like Moro and Lucca. I would go for Scamacca, a modern center forward who doesn’t only score goals but also creates team play. There are others like Zaniolo and Raspadori, but they’re not pure strikers.

There are indeed good defenders like Giorgio Altare, Matteo Lovato, and Destiny Udogie, who are doing a decent job in Serie A. But they need to keep playing to represent a cornerstone for the national team. On the other hand, we don’t lack midfielders as Tonali, Lorenzo Pellegrini, Barella, and Manuel Locatelli are outstanding players.

As you can see, there are indeed good players, but we need them to keep playing and developing. Otherwise, I don’t see a brighter future ahead.

Perhaps not qualifying for the World Cup will shed light on the issues that are crippling Italian soccer. If winning the European Cup swept problems under the rug, now it’s time to tackle the problems head on. It’s time to get started.