Russia’s invasion of Ukraine will reshape politics on the Italian Right for good. 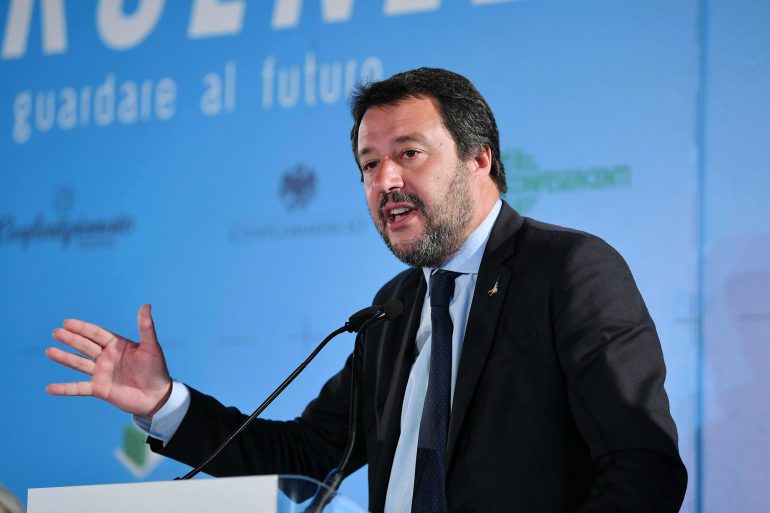 The Russian invasion of Ukraine has sent shock waves through the European Union. Russia, a country that only a month ago was an uncomfortable European partner, has become an international pariah and a geopolitical enemy, at least for the foreseeable future. In Italy, as in most other European nations, Putin’s war of aggression has forced a clear, if somewhat reluctant, realignment of the forces of the political right, which were up to this point sympathetic to the Eurasian power.

Matteo Salvini’s eurosceptic Lega (The League) has suffered greatly for its ties to Vladimir Putin’s United Russia party. In a recent resolution passed by the European Parliament calling for action against Russian and Chinese election interference, the League was mentioned alongside the Austrian Freiheitliche Partei Österreichs and the French Rassemblement National as being the recipient of covert Russian funds.

Not only was the League at the center of a 2019 BuzzFeed investigation claiming the party had received millions in Russian oil money, but Salvini himself has publicly expressed his support for Putin’s Russia. In 2015, he criticized a speech given by Sergio Mattarella, the Italian President, to the European Parliament, by stating that he would “exchange two Mattarella’s for half a Putin.” Three years later he appeared in Moscow to express his opposition to western sanctions, and saying that he “felt more at home here than in Europe.”

For these reasons, a compromised Salvini was quick to condemn the invasion of Ukraine, and has declared that his party would not renew a 2017 cooperation agreement with United Russia. But it is impossible to overlook the ideological affinities that drew these two factions together in the first place, and which led Salvini to don a t-shirt with Putin’s face on it.

This shared world view has been skillfully analyzed in a recent study entitled Russian Active Measures: Yesterday, Today,Tomorrow, curated by Olga Bertelsen, professor of Intelligence Studies at the Embry-Riddle Aeronautical University in Prescott, Arizona. The chapter on Russian ‘elite capture’ in Italy presents the populist forces of the Italian right as subscribing to what the authors call ‘neo-Eurasianism’. This is a view that looks on a chauvinistic and traditionalist Russia as a welcome opponent to a secular and globalist Euro-Atlantic bloc.

Another type of Russian apologist laid out in the study is the so-called Russlandversteher, which literally translates as “the understander of Russia.” This is the type of politician who not only sees Russia as a defender of Christian values, but also who, until three weeks ago, sought to integrate it into a European alliance as a counterweight to the greater threat of China.

Giorgia Meloni, the leader of the far-right Fratelli d’Italia (Brothers of Italy), for example, fits neatly into this category. In her 2018 bestseller I am Giorgia, Meloni views Putin as a defender of ‘European values’ and ‘Christian identity’ against the three-pronged enemy of a rootless west, a totalitarian China, and Islamic extremism. Irina Osipova, the Brothers of Italy candidate for mayor of Rome in 2016, went as far as to propose a ‘Putinist model’ of governance for the capital. Meloni has been strong in her support for arming Ukraine and isolating Russia, but only after deleting a 2018 tweet in which she congratulated Putin for winning more than 70 percent of the popular vote in that year’s sham election.

But attempts by Salvini and Meloni to cancel their tainted record have been to no avail. The war in Ukraine has revealed an embarrassing naivety in their choice of ally. The purported defender of Christian values has in fact waged a war against a predominantly Christian people, and with the support of the Patriarch of the Russian Orthodox Church. The supposed ally in the fight against Islamism is being aided by the notoriously extremist soldiers of the Chechen leader Ramzan Kadyrov. And the hopeful counterweight to China had been forging an entente with the Asian superpower since before the invasion.

That same naivety is at the heart of another right-wing party’s ties with Russia. Silvio Berlusconi’s Forza Italia does not share in the ideology of the new Italian right, but it was the main driver of economic integration between Russia and Italy during its time as governing party. Its leadership has also long courted the Russian establishment. “My friend Putin” was one of Berlusconi’s stock phrases whenever he visited Putin’s Black Sea dacha as Italian prime minister. One of his travel partners was one Valentino Valentini, a former member of the Chamber of Deputies, who was bestowed with the Lomonosov Gold Medal in 2005. Franco Fattini, the former Foreign Minister and president of the Council of State, had his candidacy to become Italian President rejected on account of his ‘excellent relations’ with Russian functionaries.

But the invasion of Ukraine has generated unprecedented pressure on these individuals to renounce their flirtations with Moscow. The brutal nature of Putin’s aggression has provoked a groundswell of support for Ukraine’s plight among the Italian public, compelling politicians and institutions to sever any association with the country. With the reshaping of domestic politics, one thing is for certain. Any unreconstructed Putinist will henceforth be viewed as a political pariah, just like the man himself.