The EU Energy Crisis And Russia

Both the best and worst case scenarios should be a wake up call for the continent. 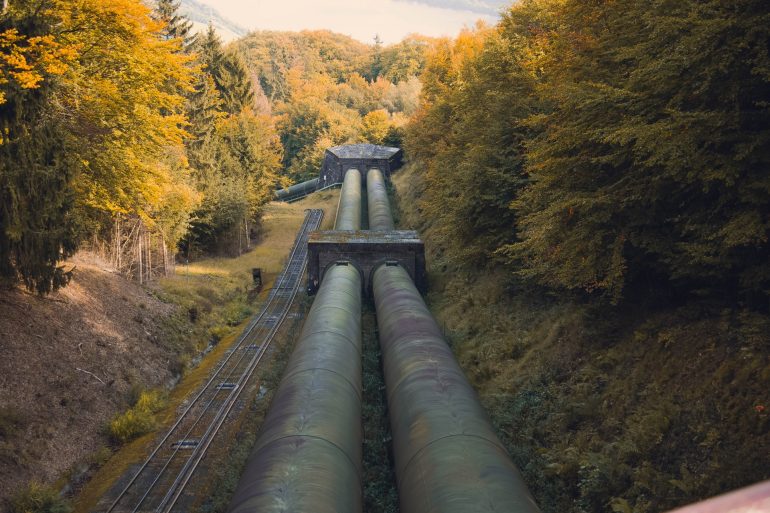 As most people know by now, Russia has historically been the European Union’s main supplier of natural gas. Less well known, perhaps, are the efforts that the bloc has made to wean itself off of Russian fuel. Beginning with the gas disputes between Europe, Russia, and Ukraine (2006 and 2009) and the subsequent tensions that came to a head with the Ukraine crisis (2013-14), the EU has repeatedly sought to reduce its dependence on Russian imported natural gas, which now accounts for about 40% of European gas consumption.

Pundits across the world will question and debate the timing of Vladimir Putin’s invasion, but from an energy perspective, the answer to the question of “Why now?” lies in the weakness of the global energy market in the late 2010s and its new rigidity in the 2020s. During these years, the cost of Russian gas on spot markets rose to about $30 per million BTUs, which has allowed Russia to build up huge reserves of dollars, euros, and gold. In 2022, Russia’s power over gas customers is at its peak and its financial resources are enormous. Putin has been building this crisis for a long time, and Trump’s disdain for NATO and hostility toward European allies was exactly the help he needed. Now we are truly at a tipping point, where Russia could wreak real havoc on global energy markets.

The conflict broke out when supplies of oil and natural gas had already been scarce for months; as we’ve seen already, the risk of disruption will continue to drive prices even higher. Moscow’s aggression against Ukraine and the implied threat to European and global energy supplies leave Europe with no choice but to work much harder to make itself independent of oil and, in particular, natural gas imports from Russia.

Whatever happens, the most efficient solution would certainly require demand-side adjustments to reduce gas dependence, rather than simply replacing Russian gas with imports from other countries. Of course, the bloc could leverage (based on 2021 data) fuel supplies from Norway, North Africa (from the Mediterranean routes, via Italy), through the TAP from Azerbaijan (which they hope to double its import volume), and finally from the United States. However, there is a second option available, which would be preferable in the short term, albeit limited in nature. This plan consists of:

Italy, between a rock and a hard place

Along with Germany, Italy is among the European countries most dependent on Moscow for gas. If Russia were to decide to interrupt gas supplies all together, therefore, Italy would lose almost half of its imports. And given that domestic production corresponds to less than 10% of the total, this would be a gigantic problem. One of the most logical and immediate solutions for Rome could be to increase the share of non-Russian gas supplies, in particular by engaging Algeria and Qatar.

However, keep in mind that 46% of Italy’s gas imports come from Russia. The latest data published by the Ministry of Ecological Transition reveal that, in 2020, Italy imported almost 66.4 billion cubic meters of natural gas, of which 43.3% — equal to about 28.6 billion cubic meters — came from Russia, followed by Algeria (22.8%), Norway (11%), and Qatar (10%). Replacing that supply will not be easy, and it will not be seamless.

Logistically, Italy is crisscrossed by pipelines which bring fuel from different parts of the world into the peninsula. The first is Tarvisio, where the Trans Austria Gas Pipeline (TAG) arrives via Austria from Slovakia. This pipeline transports Russian gas, passing through Ukraine. In 2020, 43.1% of the total gas entered Italy via the TAG. The second point of gas entry into Italy is at Mazara del Vallo, in Sicily, where gas from North Africa arrives. In 2020, just over 12 billion cubic meters of gas arrived in Italy from Sicily. The third entry point is the Gries Pass, between Italy and Switzerland, which comes from Northern Europe. In 2020, about 8.8 billion cubic meters of gas arrived from this location. And finally, at the beginning of 2021, the Trans Adriatic Pipeline (Tap) became operational, bringing almost 7 billion cubic meters of gas to Italy, starting from Azerbaijan and passing through Turkey, Greece and the Balkans. This pipeline is expected, in the future, to double the capacity of imported gas and compensate for further imbalances.

Solutions, from the best to the worst case scenario

The current crisis highlights the need to rapidly reassess Italian dependence not only on Russian gas but fossil fuels altogether. Looking to the future and within a broader scenario of an energy transition brings a number of issues to light, each which need to be addressed and recognized as critical. These include:

Generally speaking, I believe that the Ukrainian crisis could lead to various scenarios for the region as a whole. The worst-case scenario would lead to a slowdown in the carbon-neutrality race to 2050, paradoxically due to rising gas prices and the newfound centrality of fossil fuels to cope with the crisis in the short term. Because of the sharp increase in prices at the pump, long term planning becomes less viable. A neutral scenario could see the emergence of a New European Energy Security policy. A renewed sense of shared outcomes and a unified voice in the face of crisis could trigger a revision of the energy and climate packages developed by the EU in recent years.

However, the best-case scenario would lead to what we might call a ‘central energy trilemma’. This would mean that energy security, energy equity, and sustainability become the central features in the collective implementation of a strong and determined European and national energy policy. This would be decentralized, both in consumption and energy production, derived from renewable sources, and accessible to all. This scenario undoubtedly entails greater technological and digital integration, which inevitably means greater cyber vulnerability. However, complementary measures on the cybersecurity front can supplement and likely buttress these initiatives.

The intensified threat of a Russian invasion in Ukraine had already alarmed the European Commission, and led to considering various contingency plans in the event of further reduction or complete blockage of gas supplies to the EU. With his aggressive tactics, Vladimir Putin has triggered a race for an alternative supply for European energy security. However, if EU and Italian policymakers regard this as an opportunity to speed up plans for energy independence rather than a crisis to set the process back, it may wind up being a turning point towards a more sustainable future.