A Walled Garden in Rome

I think there is nothing more beautiful than a walled garden. 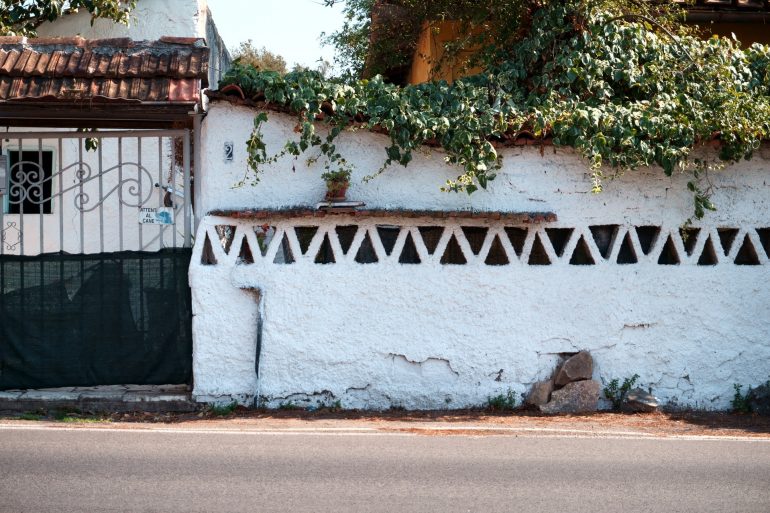 The outside of a house in Rome, Italy. Photo: Kevin Martin Jose on Unsplash.

I’ve spent the last month living in a house that has a walled garden. It lies outside of Rome, just a few minutes walk from the sea, although that particular aspect is not especially noticeable. And I suppose that is the whole point behind a walled garden: you and it are contained within its walls, protected and isolated, as if you are living in your own little world. I have to say that I like it immensely.

The walls are about two meters tall and there are a couple of gates that let out onto the street, one principally for people and the other principally for a car. They are for the most part solid, but not completely, so that something of the outside world is visible through the spaces between the vertical slats. Extending the height of the wall are a number of small trees, planted inside of the wall, and outside of the wall are many taller trees, most notably stone pines, that iconic tree of Rome and its surrounding territory.

It might just be my imagination, but there seems to be something particularly concentrated about the sunlight that enters the garden, always of course from the top, so to speak, since only the gates allow for any lateral penetration. And of course the direction of the sun changes throughout the day, an effect that is again enhanced by the wall, as it creates a more or less discrete and more or less delineated aperture through which the sunlight can penetrate, filtered though it is in places by the tall trees that stand outside it.

Inside the wall, plants seem to grow particularly well, protected as they are from the wind and kept moist given what I sense is a slowed rate of evaporation and evapotranspiration, which is evaporation through the plants themselves as opposed say through bare soil. The birds seem to enjoy it, as well as the stray cat or two who always of course manage to find a way in. Everyone — bird, cat, plant, me — profits from the stillness of the atmosphere and the compounded quiet that is created by the wall, which visually makes its presence known principally through its dusky umber hue, the exact color you would expect in a Roman walled garden. Even when it is cold outside, it is much less so within the walled garden, and when it is hot it is noticeably cooler.

Compound is an interesting word and one that has a lot of purchase here. As it is used typically in English — as a verb to mean ‘to combine two or more things’, com (with, together) + ponere (to put) — the word has its place in a walled garden, which is very much a composed place, one that is put together thoughtfully and, especially, one that is held in a composed state, precisely through the imposition of a wall. Isn’t it surprising then that the word ‘compound’ used as a noun does not come from these Latin roots at all, but from the Malaysian kampoong — which is an enclosure or a hamlet, which filtered through Dutch came to mean in English a kind of enclosed open space, precisely the description of a walled garden, a kind of hybrid of enclosure and openness, of closure and aperture, of delineation and indifference. It is one of those happy accidents that actually are not all that rare in language formation.

It is an environment that is especially conducive to writing, to living, to consciousness and thoughtfulness, probably because of its hybrid — compounded — nature, both open and closed, exposed and protected, stimulating and modulating. It falls into that category of liminal zones, that stretch of beach where the sea laps onto the sand, where the forest becomes the field, the sidewalk, the doorway, the window, any kind of aperture or transition or meeting between one space and another, that space on the floor where sun meets shadow.

These hybrid spaces are hard to create because of their compound nature, part static and part mobile. As such, they are necessarily political spaces, in the largest sense of that word, negotiated, variable, dynamic. Just the inert wall would not do, the space would remain void and lifeless, sterile. And just the plants would not suffice, being too open and vigorous, too fertile. The combination of the living and the dead is needed to create that swirling pond, that garden within a garden.

And of course here we have arrived finally at the baroque, that most Italian and especially most Roman of artistic traditions, which incorporated and celebrated precisely this mixture of the still and the vibrant, the dead and the living, the material and the organic. It is an architecture where the human form is deployed as a structural element, where plants become stone, and decay gives birth to life.

The phrase ‘walled garden’ is actually redundant since the word ‘garden’ implies a protected condition already. Proto Indo European gher — to grasp, enclose — started us off, eventually leading us to gardinus (Latin), gardin (Old North French), giardino (Italian), garden (English) and so on. A garden was always adjacent to a house, especially the kitchen, as opposed to a patch of land that lay further afield away from a habitation. A garden was always guarded, the similarity being of course no accident; the two words spring from that same Proto Indo European root.

In this particular walled garden where I am sitting now — walled gardens are always furnished — I can see its principal tree which of course finds its place in the center. And in this tree is, of all things, a birdhouse, one of the more charming human conceits, but not incidentally one that goes unused and unappreciated by the occasional bird, or unnoticed by the occasional cat. It is, in the best of baroque traditions, a house within a house, a garden within a garden, a theater within a theater, the play within the play whose set is just that — set — so that it serves as the static against which the signal can be heard, the scenery against which the players can tell their story.