The Golden Age Of Italian Veganism And Vegetarianism

Despite some stiff resistance, Italian vegetarian and vegan recipes are finally booming. Is this trend now here to stay? 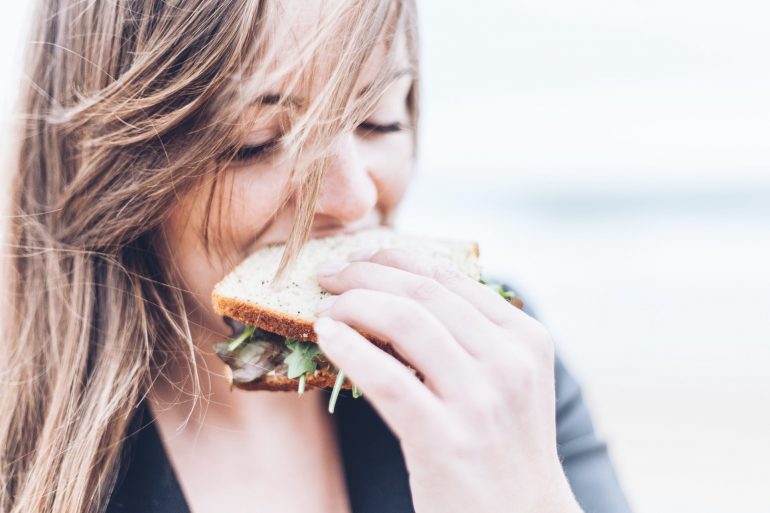 Carlotta Perego, a young woman with a grounded voice, is in her kitchen filled with lights and plants. The author, recipe developer and YouTuber has built an empire around Veganism — all under the umbrella of her brand Cucina Botanica.

Via her channel she demonstrates new inventive recipes that are completely animal-free. Some of these are adaptations of traditional Italian recipes, such as polpette made with lentils, or else international cuisines such as Japanese pancakes.

Now, Carlotta has written two cookbooks that have become extremely popular. Her 500,000 subscribers on YouTube are also proof that veganism and by extension vegetarianism is no longer an obscure trend in Italy. As a matter of fact Italy’s vegetarian population, in the last decade, has increased by 94,4%. There are now over 5 million vegetarians in Italy.

As a result, the trend might be here to stay. So, how are veganism and vegetarianism slowly but surely finding their marks in Italians’ daily lives?

From the diet of ancient Rome

Today, there are many traditional dishes in Italy that are de facto vegetarian. From street food dishes such as pizza portafoglio in Naples to pucce, the takeaway sandwiches around Lecce, the choices are multiple. The same goes for Vegan food: pizza marinara or a side of fave e cicoria.

For centuries many communities in Italy seldom had access to meat, because it was expensive or hard to come by. This was a common denominator throughout southern Europe and dates back to antiquity. While we can all picture images of lavish dinners at ancient Roman parties — filled with game meat, or else meals made of insects — the common people mostly ate a vegetarian diet.

While working on archeological digs and what they presented, scientists and archaeologists discovered remains of seeds and plants. Oat and rye were also a big part of the diet as well as durum wheat and common wheat, confirming that pasta has long been part of the Italian DNA. Archeological records and literary sources also allow us to trace back recipes, many of them vegetarian. This lets us connect them to modern communities who are using the same type of ingredients and living in the same landscapes where those plants or vegetables originate.

For example, Pulmentarium ad Ventrem (translated as ‘vegetable dinner’) is a recipe found in Apicius, a compilation of Roman recipes dating back to the 1st century CE. It contains beets, leeks and a little bit of cumin — to be eaten hot. Here’s the recipe for the next time you have guests over. This does sound exactly like something Carlotta would cook on her Cucina Botanica channel.

Vegetarianism has become a booming market

While animal-free products naturally already exist at farmer’s markets and supermarkets, specialty foods targeted towards vegan and vegetarian needs are booming. And in Italy, start ups are catching up.

Koro is one of them. It’s an online store that offer all kinds of foods, household products, and hygiene products. The brand keeps sustainability in mind and everything is vegetarian or vegan and cruelty-free. What allows them to stand out from other online platforms is that they create their own products — from nuts to blenders — allowing them to really focus on their mission while keeping an eye on quality control.

Brick and mortar stores are also settling in big cities, such as IVegan in Rome, or organic stores such as NaturaSi in almost every city in the country. These types of stores usually offer products for people who are vegetarian and vegan but have other dietary needs such as lactose or gluten allergies.

While it is still a niche market, Italian food companies are adapting and rethinking traditional products such as mozzarella for those who cannot eat the real deal by choice or not. Morarisella is one of them, making organic ‘cheese’ from sprouted brown rice. Or Fermaggio, where chef Manfredi Rondina uses traditional techniques such as stone grinding or fermentation to create a variety of new ‘cheeses’.

Associations and organizations are also growing their influence in cities across the country. Dr. Valentina Colasanti and Dr. Roberto Favata are members of the Association of Vegan Italian (AssoVegan). They see this newish trend as something that is here to stay. A vegan or vegetarian diet is a sustainable choice in a world where rapid climate action is needed. But going vegan is not to break away from traditions, quite the opposite: “A vegan diet does not disown Italian cuisine at all — on the contrary, it’s an invite to reclaim it.”

With new demands, cities and vendors are adapting. These days you find vegan cornetti in bars where tourists and international people might take their breakfasts. Vegetarianism and veganism are also on the political agenda: take the former mayor of Turin, Chiara Appendino. Early on in her mayorship her plan was to make Turin the first vegetarian city in Italy. It involves supporting restaurants and entrepreneurial initiatives but also offering outreach and educational projects in schools to teach students about animal welfare and sustainable practices. Predictably, however, the idea to launch a meat-free day did not sit well with the butcher’s association and other vendors.

But there is space to offer people with alternatives if they are interested — and have their own moral or health reasons to do so — while not stigmatizing food professionals. Other politicians viewed veganism in a negative light: Elvira Savino from the center-right party Forza Italia proposed a bill that would threaten parents who were raising their children as vegans: they could face jail. This was motivated after some vegan children were hospitalized for malnutrition. The bill was controversial and thankfully did not pass: politicians argued that it would have been an open door for stigmatizing other parents — those who have overweight children for instance.

While specific diets are part of the political agenda, Stefania Giannuzzi, the Regional Environment Manager for the city of Turin wants to clarify: “It isn’t about forcing people to eat a certain way and we don’t want to clash with the meat industry. Instead, it’s about raising awareness and showing people that there is an alternative if they are interested. The vegan choice is only part of the plan to make our city more sustainable and promote environmental issues.” While this particular decision might have been divisive, it stills shows that some Italians are progressive and are willing to alter their personal habits based on a newfound collective awareness when it comes to animal welfare and industry practices.

A few years ago, I was at my local gelateria in Rome, Olive Dolci, and they had just started to offer vegan gelato based on demand largely from tourists. It was made from olive oil and plants and was an instant hit, with both omnivores and vegans lining up curious to give it a try. There is room for businesses to think outside of the box, while keeping up with traditions. It might require a bit of imagination but a challenge paired with inventiveness often yields creative and fruitful results. I remember an elderly couple who had chosen the spot for their weekly gelato date after hearing how smooth the ice cream from Olive Dolci’s was. They were seduced. While the food landscape might be changing there is one thing that remains true: Italians will always recognize and favor quality.