Dancing In The Dark

In the throes of an international crisis, Italy and other European countries are facing a major issue: trying not to sink into the darkness. 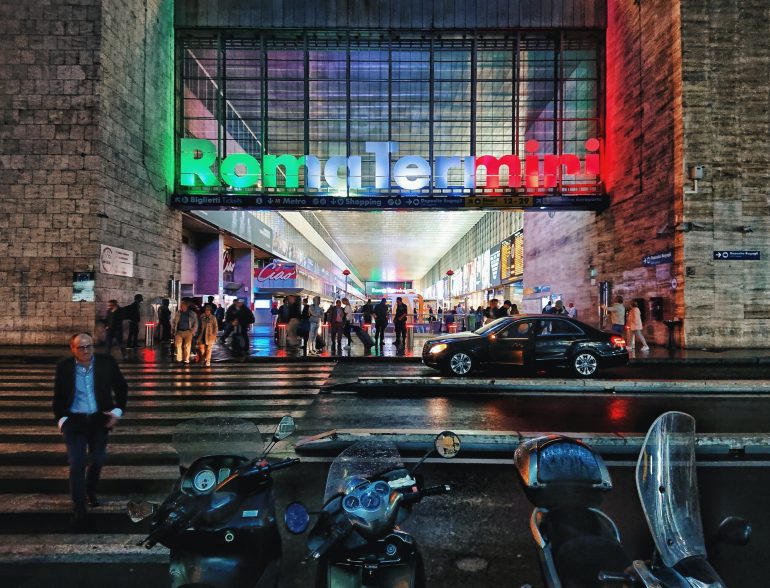 On February 10, at least 3,000 Italian municipalities (Comuni) switched off the lights of their monuments in protest over the massive increase in the cost of energy. According to their associations, soaring bills weigh heavily on their activities and services. Skyrocketing energy prices will not allow municipalities to close their budget, forcing them to cut public services. Local authorities expect to increase their expenses by €550 million, out of a total electricity expenditure of €1.6 to 1.8 billion per year.

Roberto Gualtieri, mayor of Rome, put the numbers into context: he stated the snowballing cost of energy has a tremendous toll on the Capital’s budget, about €40-50 million per year, corresponding to three years of school transport services, three months of canteen services, and 180 kilometers of road maintenance.

Local municipalities cry, but even firms and consumers can’t laugh either since the rising cost of energy might not leave only monuments in the darkness, but also households and factories.

In the first three months of 2022, the National Authority for energy registered an increase of 131% for electricity and 94% for gas, owing to the spiking prices of raw materials. It would have been far higher if the government had not addressed the issue putting €5.5 billion on the table, as wholesaling of gas and electricity saw a sharp rise of 500 and 400%.

But it doesn’t look like it’s enough. Several firms and entrepreneurs asked for a muscular response from the cabinet. In particular, energy-intensive corporations producing ceramic, plastic, glass, and cement find themselves stuck between running at a loss or closing. PM Mario Draghi seems to meet these demands, as he recently announced that the cabinet would deliver a new package of measures to take care of the problem.

Meanwhile, there is snowball effect on final prices as inflation and the staggering energy fees will demand €38.5 billion more from consumers. Minister of the Ecological Transition Roberto Cingolani put on the alert that the spiraling expenses may absorb the European Recovery and Resilience Plan’s resources.

What’s behind the prices’ increase: the EU Emission Trading System

From an overall perspective, the rising prices of electricity and gas stem from the growing costs of two main factors: the ‘cap and trade approach’ of the European Emission Trading System (ETS), and raw materials (electricity and gas). According to the ETS, after setting a cap on the total amount of greenhouse gases, energy installations buy or sell emissions allowances, which may be traded with one another as needed. Thus the system zeroes in on decarbonization since ETS delivers heavy fines for installations that don’t surrender enough allowances to cover their emissions. Since these quotas make up for the energy cost, the greener the energy, the cheaper the final price is.

As the European Union shifts towards a green economic system, corporations switch to gas instead of consuming coal to produce energy. More demand for allowances increases their prices, thus making energy costs balloon.

The second issue concerns the wholesaling of gas. As a raw material, gas has seen its prices dramatically scaling up (+ 500% in 2021) due to an imbalance between supply and demand. As most know, Russia is the best gas supplier for European countries, delivering about 40% of gas. And Italy’s energy needs heavily rely on foreign suppliers (95%).

Following the COVID-19 outbreak, many countries have seen their economies rebounding, thus increasing energy demand. Asian countries — China in particular — need more energy to strengthen their growth. And when demand ramps up, so do prices. When wholesaling of Russian gas is concerned, we shouldn’t overlook the Ukrainian crisis. Russia is pressing European countries to open Nord Stream 2, a pipeline bolstering gas supply from Russia to Germany across the Baltic sea. More notably, the Nord Stream 2 bypasses Ukraine and, according to Russia’s viewpoint, aims at depriving Kyiv of lucrative transit fees, thus losing importance as a mediator between Russia and Europe.

Although it’s impossible to read Putin’s mind, pundits guess that the deployment of the Russian army at Ukraine’s borders doesn’t involve the country’s admission into NATO only, but also the opening of Nord Stream 2. The pipeline’s fate is hanging in the balance: although completed, it hasn’t officially been given authorization by the German energy regulator.

To sum up, it would be hard for Russia to stop gas supply to Europe, as the Kremlin earns 60% of its import revenues from the bloc. While it doesn’t seem that European countries have done enough to enhance their capacity to withstand cuts in gas supplies, the same doesn’t apply to Russia. The Russian behemoth had built up its foreign currency reserves to shield itself from the Crimean sanctions.

Will Italy be left in the dark?

It’s without a doubt that European countries will get through the winter. Not only is the winter warmer, but gas reserves can still bear a stop on Russian supplies. As a consequence, many may consider the brunt of the crisis behind them. Unfortunately, it looks like the discussion on producing energy without Russian gas will represent the core problem in every member state’ agenda, Italy included. On Mario Draghi’s to-do list the increase in domestic gas production represents the top priority since the cabinet is looking to double gas extraction (but not oil, as it is more polluting) to keep prices under control.

Besides, the European Commission aims to diversify gas supply, bringing other potential partners like Algeria, Azerbaijian, Gulf States, and Egypt to the negotiating table. While gas may represent the simplest solution, European countries must find new sources to avoid an international crisis. And although everyone knows that European countries should enhance green energy production, talks have already started about what sources should be included in the European taxonomy.

In the throes of the energy crisis, many pundits have raised the alarm, since the low level of gas in stock may bring about blackouts and scheduled outages to support electricity infrastructures, meaning that landmarks and famous spots in all cities may be left in the dark for a long time. Let’s hope that a solution comes about quickly, or plunging monuments into darkness will become not only a peaceful protest, but a necessity.