Maintaining Suppliers: The Fashion Between China And Italy

As fashion houses in Italy dedicate their collections to the Year of the Tiger, the reliance on suppliers in China may rise to the surface. 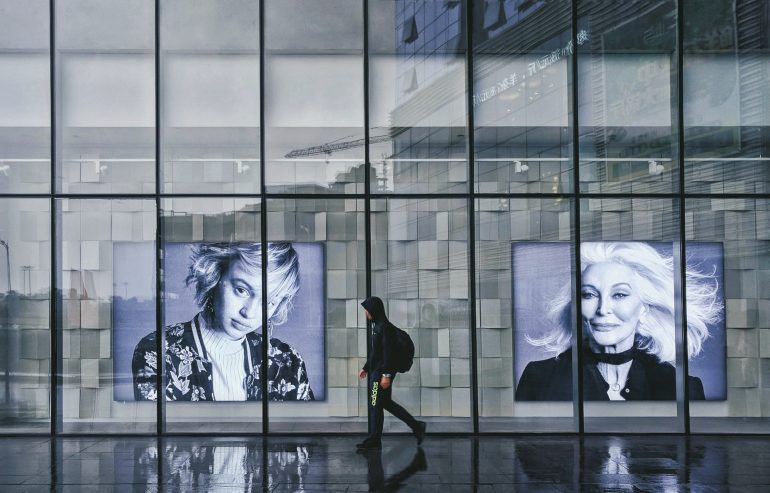 As the world welcomed the entrance of the Year of the Tiger during the Chinese New Year, fashion brands in Italy released tiger-inspired collections to reinstate the industry’s relationship with the Chinese markets. From Valentino to Gucci, images of the growling tiger mark the branded labels’ clothes and accessories. Viewers may think the move meant to celebrate with China as the nation looked forward to a new prosperous year. They might be right. Yet the underlying idea of reliance on Chinese fashion suppliers still rises to the surface.

One of China’s many ties with Italy’s fashion industry pivots back to the late nineties. In a Reuters report, the Chinese settled in Prato, a historical city that sits northwest of Florence and is dubbed as Italy’s textile capital, after having been drawn by the offered labor to serve Italy’s clothing industry. They started to build an empire of low-cost fabrics to supply to Italy’s fashion houses, an indelible mark of the Chinese into the fabric of Italian clothes. Before, thousands of Italian-owned businesses in Prato ran textile shops that boasted an Italian-made trademark, often with the help of the Chinese laborers. But the former turned the tables when they set up their own businesses, driving the prices down that competed with those of the Italian shops, eventually ushering the latter to cease operation.

In Sylvia Smith’s story for the BBC in 2013, the journalist interviewed Marco Landi, president of the Tuscany branch of trade body CNA, who told her that more than half of Italian-owned businesses in the industrial zone had gone to the wall over the past decade and that there were more Chinese garment manufacturers than there were Italian textile producers. In the same story, a Chinese entrepreneur was interviewed whose statement still echoes today. Italian companies — the fashion houses, in this case — cannot compete with their prices, but at least, their strength lies in aesthetics. The wording implies a boost in collaboration, one that seems to benefit both while promising the consumers the products will stay true to their ‘high’ quality. At the end of 2019, there were about 6,000 textile businesses in Prato overseen by the Chinese, making the Tuscan city one of the most Chinese-run cities in Europe in terms of businesses. The increase of Chinese ventures, population, and supply of low-cost fabrics signals the deep-rooted relationship between China and Italy.

In March 2019, Italy and China signed the Memorandum of Understanding on the Belt and Road Initiative, making Italy the first G7 country to formally join the BRI. The Chinese perspective even views Italy as a strategic location, the powerhouse channel that can swing between the Mediterranean and Europe. Mattias Nestore of Italics Magazine highlighted the shining benefits BRI may attribute to Italy. “Economically, China presents itself as an opportunity for Italian businesses and export, with the involvement of Italy in the BRI constituting a huge step in the direction of growing trade. Moreover, the initiative could have positive effects on the fragile prosperity of Italian port cities such as Genova, Venice, and Trieste. Politically, Italy’s growing bilateral relations with China could provide Italy with a crucial role in the global shift of power towards East Asian economies,” he writes.

Business and fashion-wise, this might mean that the trade of fabric between the two countries bounces freely and without hindrance. Italian fashion houses may source part of their materials from the famed ‘low-cost’ fabrics of China and still label it as Made in Italy. The collections pertaining to the Year of the Tiger may also symbolize the obligation to sustain the relationship in the professional realm as angering the supplier may result in the drastic loss of quantity-versus-quality textiles and the amicable nature that surrounds the affairs. But China has also a number of manufacturers under its belt that produce high-quality fabrics. It is just a matter of whether the Italian fashion brands would take them up or invest more in what they already know and have.

The Chinese New Year welcomed the entrance of the Year of the Tiger, an animal whose characteristics display courage and zest, love a challenge or competition, and portray a risk-taking nature. Not only does this symbol infiltrate the belief systems of those who rely their fate upon the zodiac signs, but also the ever-changing utopia and dystopia of the fashion realm. Just like the Tiger, fashion brands compete and complement to elevate the standards of the way people dress and vye for branded labels. With the rise of demands for sustainability and quality, these Maisons keep developing keen eyes over high-graded materials, smartening up in the way they source their fabrics.