At the 72nd edition of the Sanremo Music Festival, how did FantaSanremo keep both grandmas and Gen Z glued to the screen? 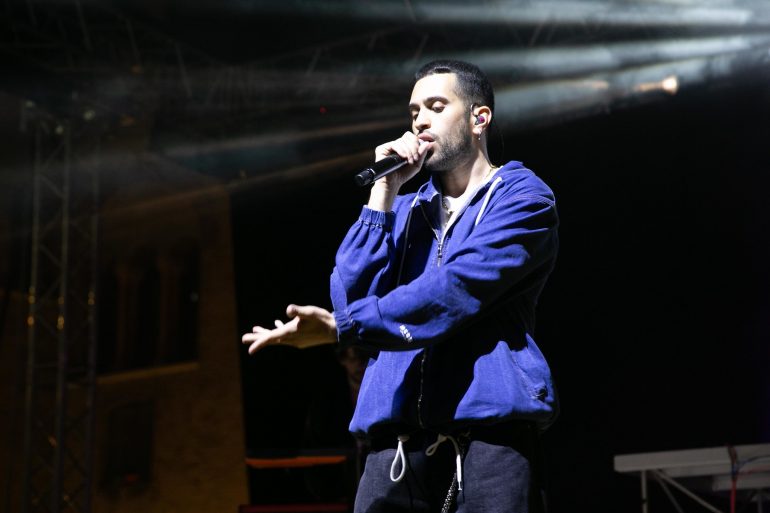 Whether you’ve followed the Sanremo festival on television or not, the news has definitely come to you one way or another. Yes, Mahmood and Blanco won. But the most shared word on social media platforms these last days has been FantaSanremo. And if you don’t know what that is, it’s really time you learned, as it is breathing new life into an Italian institution.

In short, FantaSanremo is an adaptation of Fantasy Football to the context of the Italian music festival. FantaCalcio or Fantasy Football is a game in which participants assemble an imaginary team of real football players and score points based on those players’ statistical performance or their contribution to real life games. In FantaSanremo, users create a team using the available credits, choose five artists, appoint a captain and, based on the results of the contest, receive points to draw up a general ranking.

Fantasanremo was invented in 2019 by a group of young people from Marche who were particularly passionate about the festival. This year, when 50,000 registrations were received, the success reached a whole new level and the participation of the singers in the virtual competition has proved exactly that.

It’s not an overstatement: FantaSanremo has been a revolutionary and decisive event this year. That’s because it proved to be the way for young generations, typically excluded from contemporary national TV, to engage in the most popular Italian song contest and awards ceremony in Italy.

Since the first festival in 1951, Sanremo has launched the careers of some of Italy’s most successful voices: Andrea Bocelli, Laura Pausini, Eros Ramazzotti, and many other Italian icons. The success of these events is beyond question. But the times and their audiences change. To keep this everlasting event captivating, Rai has had to think thoroughly about the format.

It must be said that they have done really quite well. The final of this year’s Sanremo festival, which crowned Mahmood & Blanco winners with the song Brividi, was broadcast on Rai1 with 13,380,000 viewers, the highest number since 2000.

Yet the really special thing didn’t just happen on TV. Overall, the 2022 edition of Sanremo was the most social ever, involving a wide range of generations: 42.2% between the ages of 18 and 24, 48.3% between 25 and 34, and 8.3% between 35 and 44. Following on from last year, in 2022 the festival has made an effort to involve Gen Z to the fullest, with young artists onstage and things like FantaSanremo driving engagement on social media.

This change is welcome. For decades the annual extravaganza has divided Italy. But for the festival — and Italian TV in general — to survive, it needs the support of the younger generations. And on TikTok, Instagram, and Twitter, these generations responded. In total, there have been almost 7 million mentions of #Sanremo2022 online.

The presence of the festival on social media enabled its success. But the beauty of the event was that social media and TV blended together, with the event finding a way to talk to different audiences and participants on the same level. Watching TV live is not the only important thing; people need to talk about it too. And all that talk — alongside the creation of a group with common interests that interacts — is exactly what community is all about. And, in a way, that is exactly what Italy needs.

Not all that glitters is gold

However, in some moments, Sanremo 2022 did fall into predictable habits. Some speeches, such as that of actor Checco Zalone, were criticized for their bad taste. His speech laughed at many categories, from women to stereotypical Italian men and to trans people. As a result of his speech, much-appreciated sex columnist Carlotta Vagnoli was severely insulted by haters when she expressed her opinion on Zalone’s speech.

However, even in this regard, Sanremo performed well. An important and positive key role was played by co-anchors, such as Drusilla Foer and Sabrina Ferilli, and their monologues. The first focused on diversity, or better, on uniqueness, while the second performed a monologue about monologues themselves. The actress had an interesting reflection on why people expect a woman to justify their role on stage, while not asking the same of men. This posed a question on gender equality, something not that common on our national television.

Of course, there’s room for improvement: maybe next year it could be time for a single woman presenter to have the stage.

A festival is just a festival, not the revolution of society and media communication that we are hankering for. Yet this year’s edition seems like a step forward. It feels almost like the festival is the first answer to the national fragmentation between generations that we are living right now.

Sanremo is not living in its ivory tower. Instead, styles are merging and different generations have tried to find common ground, although there remains a long, long way to go. Next year, let’s hope Italian generations can move forward hand in hand once again.