As tensions rise in Ukraine, Italy has a lot to lose and needs to step up its game against Putin. 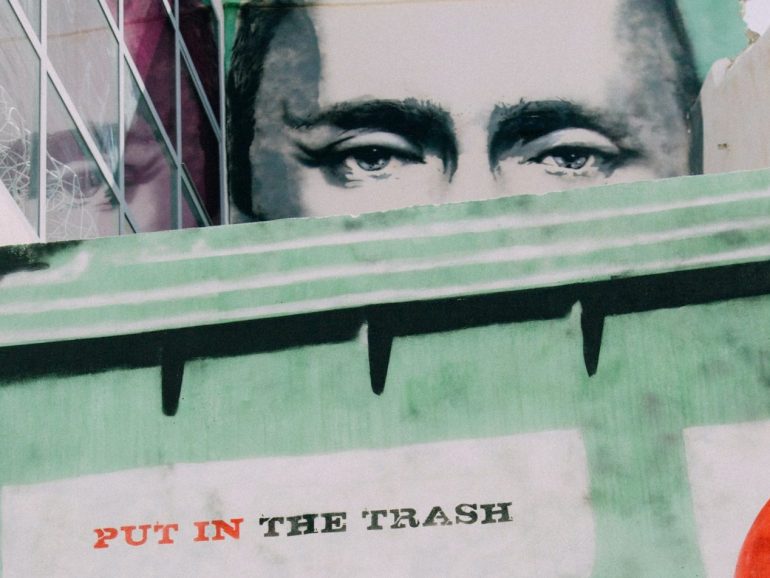 Again this week, Russia’s President Vladimir Putin has upped the pressure on Ukraine. Having declared back in December that it considered NATO’s presence in Ukraine an aggression, Putin has since prepared 70% of its military firepower for a full-scale invasion of its western neighbor.

With an estimated 100,000 troops now thought to be deployed along the Russian border with Ukraine, the nearly decade-long crisis is reaching a head. In response, countries such as the UK, Australia, and the US have promised to introduce sanctions, while France has recently declared its intention to find a diplomatic solution.

But Italy? As something of an outlier in the west’s relation to Russia, the country’s response has been a little more muted.

This forum, organized by the Italy-Russia Chamber of Commerce, was admittedly a private initiative, with neither the Italian ambassador to Moscow nor other government representatives scheduled to attend. Yet as Draghi’s request suggests, it could only be seen to have a political resonance. Putin opened the forum by noting that Russia supplied Italy with gas at lower prices than the surging levels, due to long-term supply contracts. He also pointed out that trade between Italy and Russia was up by 54% in the first 11 months of last year. In response, the President of the Italy-Russia Chamber, Vincenzo Trani, underlined that Italian business continues to see Russia as a reliable partner.

This puts Draghi in a difficult situation. He was right to argue that, against Russia, Italy cannot rely on ships, cannons, nor an army to have an influence. “The EU needs to engage with Putin,” he said instead, emphasizing the power of “economic deterrents” to prevent conflict in Ukraine. Of course, these words would be more convincing if the nation’s business elite were on board too.

An unstable history of friendly relations

Despite Draghi’s determination to align Italy with the EU, Italy’s greater friendliness with Russia has strong historical roots. These grew from an era when Italy had western Europe’s large communist party, when energy agreements were sealed between Italy’s Eni and Russia’s Finsider, when Italy’s Fiat opened car manufacturing plants in Russia’s Togliatti — a city named after the leader of Italy’s communist party.

But it wasn’t all about business. Rome was also a principal sponsor of Russia’s integration to an international agreement translated into a Treaty of Friendship and Cooperation, signed in 1994 in Moscow between the two countries. This would later become extremely important when then Prime Minister Silvio Berlusconi supported the creation of a NATO-Russia Council in 2002. Later, the same treaty underlaid Romano Prodi’s effort in 2006 to build the South Stream, a gas pipeline that would have connected Italy and Russia.

The two countries’ relationships have never been completely stable, yet Italy has tried to demonstrate its willingness to cooperate, or at least act diplomatically. Tensions reached a peak in 1982 when a Russian submarine was detected in the Bari Gulf. Then, later, another pipeline, for example, was closed in 2014 as a Russian response to EU sanctions. It should be noted that, at that point too, Russian-Ukrainian relations were already in crisis, as Russia refused the pipeline to cross Ukraine. Still, Italy remained an outlier in its diplomacy. During the Olympic Games in Sochi, Enrico Letta was the only European leader to attend, despite US and EU refusals.

There are signs that things may be changing. In March 2020, Putin sent to Italy an aid package — known as ‘From Russia with Love’ — that would become a metaphor of souring relations. Adorned with joined heart-shaped Russian and Italian flags, seven military trucks were seen being loaded into matching planes. These were supposed to be specialist disinfecting units, alongside medical professionals, yet an unfortunate twist was later revealed. Behind the guise of medical support, Russia may actually have imported spies.

Today, Italy’s strategy is to seek a balanced response. To this end, Italy is loudly declaring its loyalty to NATO and Ukraine while insisting upon open communication to ease and possibly reduce tensions.

As one recent report published by the Italian Senate has argued, an effective solution to the crisis could be to agree to a common language between Rome, Moscow, and other countries that would enable a more honest conversation between the different powers. Yet, the report suggests, it would be best if this were mediated by someone who could understand the strategic intricacies of the balance between politics and business.

Of course, this is easier said than done, and in today’s context the priority must be to avoid casualties. With Putin’s stubborn leadership style and dictatorial approach, this is a very delicate situation indeed.

If Italy and the EU truly value democracy and peace, we must be prepared to make difficult decisions — even if that means getting our energy elsewhere. The west must stand firm or else Putin will know that his tactics bear results.