The Super Bowl Is Upon Us: Will Italy Tune In?

Yes, American football is for Italians too! 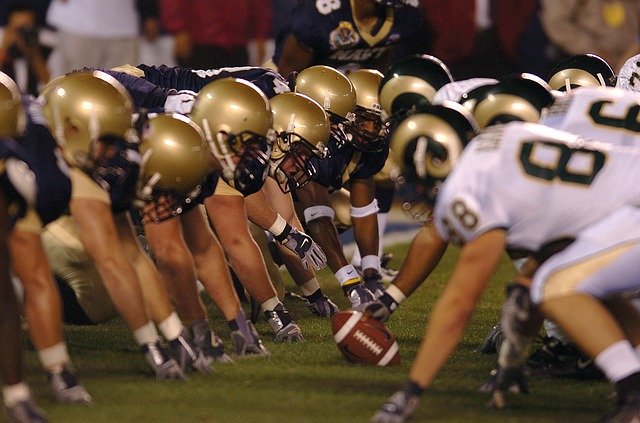 After a series of gripping playoff games, 2022’s Super Bowl contenders have been determined. Sean McVay’s Los Angeles Rams will be going for the title against Zac Taylor’s Cincinnati Bengals at SoFi Stadium in Inglewood, California. The titleless Bengals will be appearing in their first Super Bowl in 34 years, while the Rams will be seeking a second ring after having last won in 1999.

While Super Bowl viewership in the United States has slumped from all-time highs in the mid 2010s, this 56th edition of the big game is still expected to draw the eyes of close to 100 million Americans. For the most part, American viewership is the only thing that matters when it comes to the Super Bowl. When Statista examined the global audience for Super Bowl LIV two years ago, it found that only 30 to 50 million others bothered to tune in to ‘Football’s Favorite Sunday’. The worldwide draw of the Super Bowl pales in comparison to the UEFA Champions League Final (380 million) or the UEFA Euro Cup Final (328 million).

Yet a passionate group of Italian fans of American football are doing their part to change this state of affairs. Between Super Bowl LII (2018) and Super Bowl LIII (2019), the number of Italian viewers on RAI 2 grew from 365,000 to 472,000, a 30% increase year-over-year. Viewership remained constant last year as the Tampa Bay Buccaneers leveled the Kansas City Chiefs, with around 470,000 Italians tuning in on Rai 2 alone.

Italy has several robust online football publications, including Touchdown Magazine and Huddle Magazine, which has been the most important source of all football news within Italy since 1999. Huddle Magazine features everything from the latest NFL transfers to podcasts to football recipe eBooks. Organizations like the American Club of Rome host Super Bowl parties each year, some of which have made national news in Italy.

There is even a YouTube channel completely devoted to American football, titled L’ABC del Football. Hosted by a young Italian woman named Veronica, she says “My objective with this channel, and my definite objective in life, is to bring this sport to Italy… I love this sport and I love my country and I want to see them united.” To see a millennial female making an effort to raise awareness about American football in Italy is surely a source of optimism.

While Italy has no league comparable to the multibillion dollar National Football League in the United States, the country does have a relatively well established footballing tradition dating back to the late 1970s. Teams like Rhinos Milano, Aquile Ferrara, and Grizzlies Roma have been competing in various leagues for more than four decades, and are now part of the Federazione Italiana di American Football, or FIDAF. The top division of Italian football was recently rebranded as the Italian Football League in response to the 2021 arrival of European League Football, which has poached many of the best European players and scooped up audience share. Though the Italian Football League has strict rules regarding the number of foreign players that any team may have on its roster, many of the imported coaches and players are Americans with college football experience, such as Luke Casey, quarterback for the Lazio Ducks.

The ‘Serie A’ of American football features nine teams for the 2022 season, from Dolphins Ancona to Warriors Bologna, with the kickoff game slated for March 5th. If Italian fans continue to support the Italian Football League by attending games and purchasing jerseys, American football may have sustained growth for years to come. It certainly will never garner the level of interest that calcio holds in Italy, but perhaps it can rival volleyball or basketball as one of the secondary sports on the national scene.

For our readers based in Italy, Super Bowl LVI will be available to view on RAI 2 or to stream on the DAZN platform at 12:30am local time. Looking for a locale to watch the big game with other fans? Huddle Magazine has you covered with a list of viewing locations.