No actor was better at emoting love on the periphery. 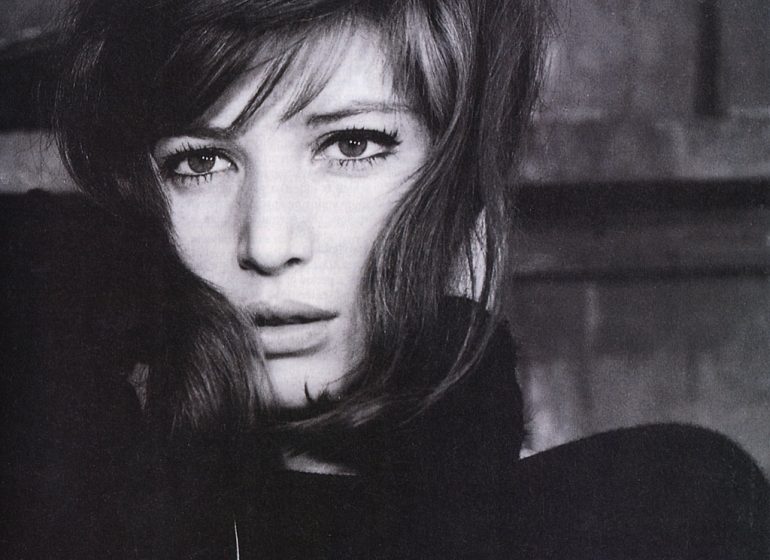 The death of Monica Vitti will no doubt catalyze days, weeks, months, years, centuries of thoughtful discussion. She was absolutely sui generis in the world of cinema, an actor with a genuinely unique talent for emoting feeling on screen. I hope to add just the tiniest of rivulets to this current and forthcoming stream by discussing what I identify as her ‘proximal affection’. Rather than attempt to define it I will try to sketch out some examples because it was primarily through the visual that Vitti communicated with the audience.

The most obvious place to root this discussion is in her roles in the celebrated trilogy of films by Michelangelo Antonioni: L’Avventura (1960), La Notte (1961), and L’Eclisse (1962). In each of the three works Vitti embodies their fundamental tenor, which is a disenchantment with modern life, a sadly romantic detachment, an inability to find a connection with both her social and material environment, with both other people and with the places that they and she inhabit. Take a look at some stills from these three films and you will see what I mean. In fact I encourage you to google them to have as a reference as you read this piece.

In L’Avventura we see her stand out in relief against a grey and stormy sky and against the rocky outcroppings of the Aeolian Islands, or standing apart in the foreground from her group of friends who hover behind her. She is often the only organic entity in the frame, representing that iconic isolation for which Sicilians are so noted, what Leonardo Sciascia describes as a secretive and suspicious culture that plunges individual members of a community into a feeling of despair and alienation. This is notable for anyone interested in traditional Sicilian society, but the reason why Antonioni’s films became so popular and so critically acclaimed internationally is that by the 1960s this feeling of emptiness and despair had infected the entire western world.

The war had ended, peace had been re-established, justice was being meted out, bodies were being healed, cities and nations were being rebuilt, economies were flourishing — and yet a sense of sadness and melancholy, an inability to love and feel, a lack of purpose, had permeated society. Federico Fellini treated this same theme in the same year in La Dolce Vita (1960), and later still Paolo Sorrentino took it up again in La Grande Bellezza (2013). Both Vitti and her character in the film, Claudia, are Roman, but it is Sicily where the heart of this feeling of detachment lays, and by going there, by positioning herself in relation to it, by entering into this rapport of ‘proximal affection’, she makes this alienation apparent and visible. Johann Wolfgang von Goethe, who saw the island of Sicily as the essence of and therefore the key to understanding Italy, would have recognized the salience of Antonioni’s choice immediately and would have been profoundly moved by Vitti’s evocation of the era’s spirit, of the genius loci of a good part of the world after World War II.

In La Notte Vitti plays a similar part, only this time as the dark-haired Valentina — a book needs to be written about the style and color of Vitti’s hair throughout her career. In it she is the third person in a love triangle, the object of desire of Giovanni (Marcello Mastroianni) who becomes increasingly estranged from his wife Lidia (Jeanne Moreau) over the course of the film. Vitti as Valentina is once again the sole remaining heart of life, the erotic beat of desire, the only character in the film that has retained some genuine sense of feeling, of hope that life is worth living. And she does this once again against a backdrop of emptiness and desperation, of deadening dissatisfaction even within a landscape of material splendor. Note again her proximity to the action, her tangential position to the hopeless pit the world has become, her proximal affection. Something in the still beauty of her face and the supple vulnerability of her body, but especially the way she slides up to the center of every scene, allows her to serve as its perfectly positioned interpreter. She is the film’s loving but suffering spirit, its angel of redemption, its essential empath. Without her, no one would understand anything that is happening in the film; without her, the actions of the other characters, who suffer and communicate their own existential sadness, would have no purchase or meaning, no context, no referent against which their feelings become readable. Hovering on the periphery, Valentina catalyzes the film’s genius.

There is a stark geometry to Antonioni’s films and it is especially apparent in L’Eclisse in which Vitti plays Vittoria to Alain Delon’s Piero. The couple weather through a rough period in their relationship, a story that is again one of the fate of love and affect within the larger and more structural exigencies of life, those that involve making a living. Vittoria is back to being blond and is more tousle headed and whimsical than either Valentina or Claudia were. She is also more confident and joyful and it is perhaps her scenes with Delon’s Piero that cast Vitti in her most iconically lovable role. Once again it is her uncanny ability to position herself both on the periphery and at the center that makes her performance so remarkably effective — and affective.

In L’Avventura, she glides up next to Sandro (Gabriele Ferretti) after his lover Anna (Lea Massari) goes missing, simultaneously moving toward the center of the film. As she plays the third figure to the couple of Giovanni and Lidia in La Notte, once again emerging as the desired point on the horizon, she becomes the central figure of the film. And now as one half of a couple in L’Eclisse she somehow, through her genius as an actor, manages to find the edge in that relatively equal and bifurcated dynamic, and from that position animates its fundamental character, playing both subject and object simultaneously. Take a look at the stills: she is almost always leaning, or off center, or behind a partition, or pushing off. By being peripheral and apart, she becomes unattainable and desirable — like happiness, like satisfaction, like contentment, like love, and thus the center of attention. When not sidling up to Piero, she is wandering the starkly rectilinear streets and buildings of postwar Rome, the last remnant of warm, sentient and breathing humanity among the cool despair of an alienated and alienating modern society and landscape.