How ‘Old’ Are Older Italians?

The social life of older Italians is rich and fulfilling, and can serve as an inspiration to their foreign peers. 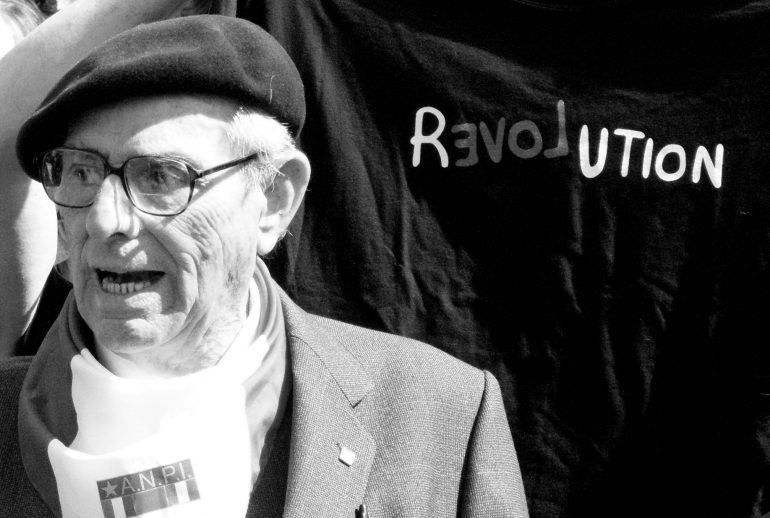 Italians live longer than citizens of most other countries in the world. Photo courtesy of Alfredo Gagliardi.

Age is just a number, at least in Italy. Such is the impression of 70-year-old Bosnian artist Zdena Šarić, who has been staying in Rome for the last two months. “Wherever I went — whether it was a concert, an exhibition, a bar, a restaurant — almost everyone had gray hair,” says Zdena with a laugh.

In her home country of Bosnia and Herzegovina, Zdena runs Naš Most Zenica, an association working on the social inclusion of the elderly through the arts. She’s noticed older people there don’t make that much of their retired lives. “Most of my peers spend time watching TV and doing essentially nothing,” said Zdena, who in 2013 gathered a group of friends and transformed an empty space in Zenica into a center for creative workshops and an art gallery for senior citizens. The place where retirees could meet weekly to exchange tips for beginners in painting over coffee has grown into one of the most important cultural spaces in her city.

“We know that being active and socializing is the key to keeping us mentally healthy and helps us cope with our troubles,” she says. “And we’re doing everything we can to enjoy our lives.”

During the regular weekly activities, members of Naš Most learn new skills, learn from each other, and make new friendships. In addition to painting and handicraft courses, the association organizes events like exhibitions of members’ works, book promotions, and art colonies. Most members of the association have not been involved in creative activities before. When the association started about 10 years ago, they had about 30 active members, and today it has more than 100.

But while what Zdena and her friends do is quite an exception in Bosnia and Herzegovina, in Italy it seems to be the dominant way of life.

Italy has the largest percentage of older adults — over 65 years-old — in the European Union. Italians live longer than citizens of many other nations, with a large proportion of people being independent and active until a very old age. A group of Italian gerontologists suggested moving the lower age limit of ‘being old’ in Italy from 65 to 75 years, due to the fact that senior citizens remain active for longer than their counterparts in other countries. “A 65-year-old today has the physical and cognitive capacity of a 40 to 45-year-old 30 years ago. And a 75-year-old has that of a 55-year-old in 1980,” states the 2018 policy brief of the Italian Society of Gerontology and Geriatrics (Società Italiana di Gerontologia e Geriatria, SIGG).

Being aware that culture, environment, diet, tradition, and other factors contribute to it, the liveliness of the Italians is a topic that intrigued Zdena during her first visit to Rome three years ago. Upon her return to Bosnia and Herzegovina, Zdena’s association Naš Most Zenica hosted a photo exhibition titled Starci / Anziani by Italian photographer Alfredo Gagliardi on October 1, 2019, the International Day of Older People. The exhibited photographs, illustrating the social life of the elderly in Italy, were taken during his travels in the country over a period of 10 years.

“I got the impression that in Italy old age is not perceived as the end of life as intensely as in Bosnia and Herzegovina. That exhibition was an additional inspiration for all of us (in Naš Most Zenica) because we strive to ‘activate’ older people,” says Zdena. Gagliardi’s exhibition was one of the first activities of Naš Most that went beyond having a local character and significance. The association later on hosted artists and cultural workers from various countries such as Poland, Ukraine, Slovakia, the Sultanate of Oman, and Serbia. In collaboration with Rome-based association Cittadini del Mondo, Zdena planned to hold an encaustic workshop this January, however the event was canceled due to COVID-19.

Returning home from this year’s trip to Italy, she decided to organize creative meetings of Bosnian and Italian seniors as soon as the epidemiological measures allow. “The fact is that old age is not the end of life. Italians know it, and I’d like my peers in my home country to know it too,” she says.