Can Italy Lead On Vaccine Donation?

Italy delivers one vaccine donation for every three it administers. Yet a recent Oxfam report suggests that it may not be doing enough. 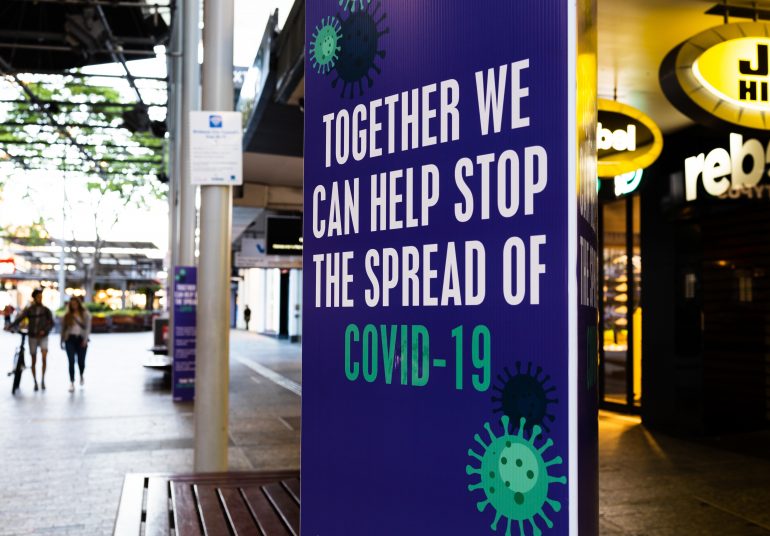 The fight to end the spread of COVID-19 is now entering its third year. While we’re all exhausted by its successive waves — and while tempers are fraying, as we have reported before — the pandemic is not going anywhere. Instead, Italians are now receiving their third vaccine dose — and there is talk of more to come.

But what about in the rest of the world? What is Italy doing to help other countries? In September 2021, on delivering 15 million vaccine doses to Iraq, Italy’s Prime Minister Mario Draghi had big words: “We must make sure that vaccines are more available to poorer countries. Our priority must be to ensure that we all overcome the current pandemic together. We must vaccinate the world — and do it fast.”

Are these words supported by actions? We take a look at Italy’s record of vaccine donation.

Italy as a global vaccine leader

Italy has received applause for its leadership in vaccine donation. Dr. Seth Berkley, for example, the CEO of Gavi, the Vaccine Alliance (previously the Global Alliance for Vaccines and Immunization) — an organization to which Italy has been donating since 2006 — had kind words to say about Italy’s performance commitment to vaccine donation:

“Italy was one of the first donors to the Gavi COVAX AMC, having contributed USD 470 million in total funding. This dose donation cements Italian leadership in supporting global equitable access, which it also supports through the work of Italy’s G20 Presidency. We are grateful to Italy and the Italian people for their commitment to ending the acute stage of the pandemic through the conversion of dose-sharing pledges into deliveries.”

Yet it is perhaps in its position of the chair of the G20 — a role in which it has hosted The Global Health Summit — that Italy has played its biggest leadership role. Along with seven other European countries, Italy has pledged to share over 100 million vaccines to middle and low-income countries. The majority of these donations are carried out through COVAX, the initiative managed by the Coalition for Epidemic Preparedness Innovations (CEPI), Gavi, and the World Health Organization (WHO).

However, that this system isn’t working as it should is well known. Oxfam and Emergency have calculated that at the current pace, developing countries won’t be able to inoculate their population before 2078. The inequality is quite shocking: while the African Union (AU) collectively has a population that is three times larger than the EU, it has only been able to purchase 100 million doses from Pfizer/BioNTech and Johnson and Johnson, compared to the EU’s 1.5 billion doses.

As a result, Oxfam, Emergency, and other organizations spent the month of G20 calling out political leaders to suspend patent rights over the vaccines to enable developing countries to produce vaccines themselves.

To Italy’s credit, it has spoken out very loudly in favor of this suspension. Yet, it could do more. Securing the right to domestic production of vaccines for developing countries would speed up the global immunization drive, while the removal of conditions on vaccine aid could result in a broader distribution of doses. Ultimately, Italy could use its own diplomatic weight to make vaccine access more equitable, as Draghi himself appears to endorse.

This comes as China and Russia launch joined propaganda against western vaccines to promote their own. If Italy, and the west in general, wants to retain its soft power, it can’t miss an opportunity to secure the health of the world.

Is Italy really committed to vaccinating the world?

But a suspicion that Italy may struggle to live up to its talk is taking hold. Five months after G20, Italy had only delivered 6.1 million vaccines, compared to 45 million it had promised. In fact, while it is donating one vaccine dose for every three it administers, Italy appears to be the least generous of the large EU countries when it comes to vaccine aid.

The reality is, though, that Italy is far from the only country falling short of its obligations. The issue is global, and more privileged countries, such as Italy, are not providing fast enough. Sure, given the emergency, every country is currently living through a tense period. But we should realize the power we hold to make everyone healthier and safer.

If Italy wants to be a global leader on vaccine donation, it must improve. And it can. Italy has so far demonstrated it can perform well even under pressure and Mario Draghi is not disappointing. But more results are needed. Regardless of politics, every life matters.