In Search Of The Secret Of Long Life In Ogliastra

Where genetics and environment meet to create longevity and well-being on the island of Sardinia. 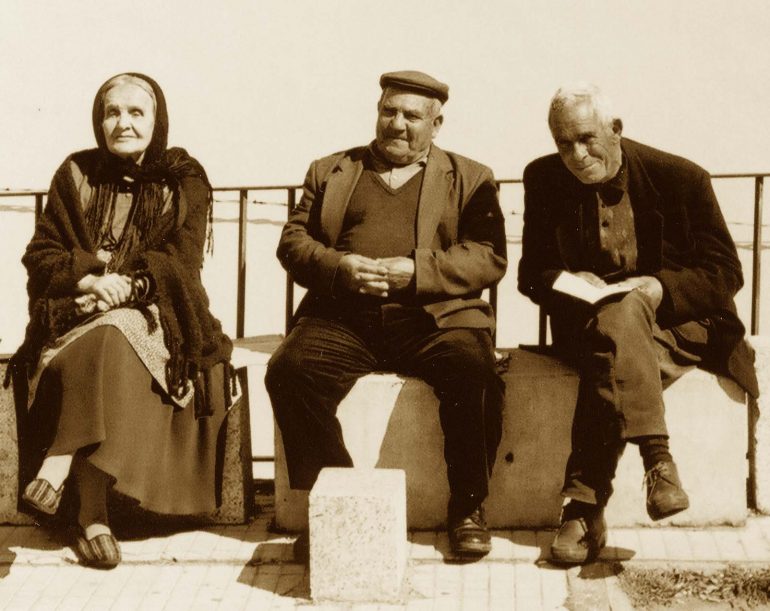 In the Divina Commedia, the great poet Dante said about Sardinians: “e a dir di Sardigna le lingue lor non si sentono stanche” (of Sardinia to gossip never do their tongues feel tired). With these words, Dante’s purpose was to depict a supposed annoying behavior of Sardinians to repeatedly praise and portray their home. But Sardinians do actually have many things to tell about their beautiful and majestic island. They hold the secret of long life.

Nowadays, other than being known as the mother of the closest living relative to Vulgar Latin, as well as the natural beaches of extraordinary beauty, and the crystalline waters that gently bathe its borders, Sardinia is known to guard a special place: Ogliastra. Between the rugged rocks on the east coast of the island, this place might hide the secrets of long healthy life. The answer to a question that has haunted us since time immemorial: how do we live longer?

Maybe if Dante knew about Ogliastra and its concentration of supercentenarians, he would have used gentler and more admiring words.

The Italian ‘blue zone’ and the secrets of longevity

Ogliastra is a historical-geographical area that is part of the province of Nuoro. In this place, in the late 90s, researchers found a high number of centenarians, far higher than the Italian average, as well as elsewhere in Europe. From then on, Ogliastra become a ‘Blue zone’, an area with a higher than usual rate of longevity.

The term was coined during the first demographical studies on longevity, right in Ogliastra. It comes from the fact that the color blue was used as a geographical marker of a longevity index: the higher the intensity, the higher the rate of longevity. The case of Ogliastra opened a new research line for genetic studies on longevity in the private and public sector. In recent years, private biotech companies even started to buy Sardinian DNA samples to test new drugs and therapies.

The answer to longevity

Several studies tried to find the determinants of longevity in Ogliastra and the Nuoro province. What is clear is that there are two forces acting on longevity: genetics and the environment. On the one hand, the high rate of inbreeding determined by the relationships between consanguineous individuals, due to low immigration rates and the isolation of the region, allowed for the emergence of genetic traits that protect individuals. On the other hand, the natural and social conditions that determine the environment in which people live seem to have a strong influence on longevity, especially for women.

We cannot do much about our genetics, but if it is true that the environment that surrounds us is determinant for longevity, perhaps it is worth reflecting on what these Sardinian populations have in their environment that we do not. And the answer might be simpler than we think.

Looking at these populations in the Nuoro region, we can understand the importance of traditional lifestyle. This does not mean living without technology or being out of modernity, it simply means maintaining the good habits of the past. Physical activity, exceptional community and family support, and healthy and sustainable diet are some of values that have been lost along the way.

As in the past, Sardinians in Ogliastra, or Nuoro, still rely on a sustainable diet, no sedentariness, and the cultivation of social and community relations. Sardinians’ diets are mainly plant-based and locally-produced. Along with fruit and vegetables, good dairy products that are full of omega-3. Wine with excellent nutritional qualities — Cannonau is known for the above average quantity of polyphenols — is always present on Sardinian tables. Finally, for most of the inhabitants of the island, retirement does not imply a complete withdrawal from social activities. In fact, in Ogliastra people tend to perform physical activity, such as working on the fields, well beyond their 80s, and the old men and women are cared by the younger generations who do not exclude them from the rest of the community.

In the case of Ogliastra, these factors had probably resulted in reducing the negative influences of modern lifestyles, such as bad nutritional habits, stress, and sedentariness. In a recent study by Gianni Pes, one of the scientists who discovered the ‘Blue zones’, pastoralism, the average slope of the territory, and the daily distance traveled by people were identified as main variables to determine longevity.

Looking at the past

Much like Ogliastra, other ‘blue zones’ exist in the world. Okinawa in Japan, Nicoya in Costa Rica, Icaria in Greece, and Loma Linda in California. In all these places, people preserve traditions and traditional lifestyles. They benefit from the the advancement of technology, but tend to reject the bad habits of modern society. Life is calmer and less stressful, the sense of community is strong, nature is preserved.

So it seems that the secret to longevity lies no other than in our behaviors. Despite genetics, we are the architects of our future and of our well-being. Longevity is not a price, longevity is not a gift, longevity is the capacity of being resilient and attached to real values of life. Looking at the case of Ogliastra we might learn, or relearn, the way of living properly — living as in the past, but with the benefits of modernity.

To head towards longevity and healthy lifestyles, the best way may be turning our gaze to the past. Just listen to the tongues telling about Sardinia and its inhabitants.