In Basilicata All That Glitters Is Not Liquid Gold

Oilfields in the southern region’s agricultural lands have lead to a dilemma for the population: riches or safety? 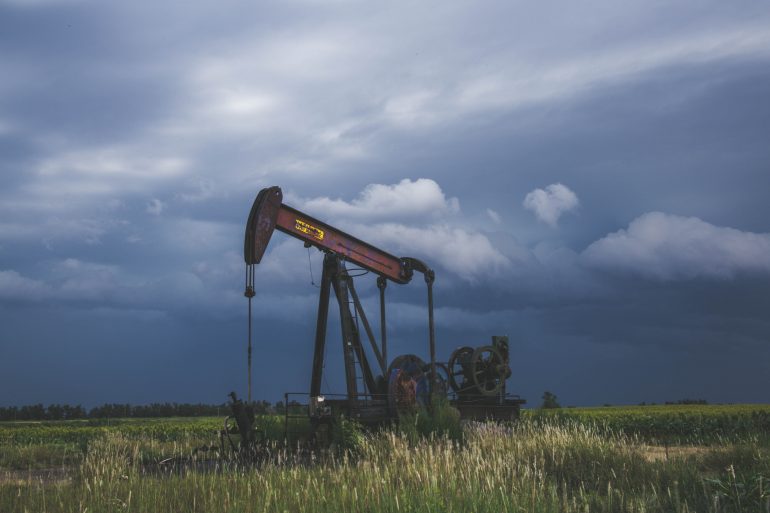 An oil extraction pump in the US. Photo: Jeff W on Unsplash.

For those readers not familiar with the minutiae of Italian geography, Basilicata is the instep of the Italian ‘boot’, one of the regions of the so-called ‘Mezzogiorno’, synonymous with the poorer southern half of the peninsula. Basilicata is divided into two provinces, Potenza and Matera. Formerly known as Lucania, this term is still widely used and the population of the region refer to themselves as Lucani.

ENI (Ente Nazionale Idrocarburi) the Italian Hydrocarbons Authority is an Italian energy company and one of Europe’s largest in terms of sales. Established in 1953, Eni operates primarily in petroleum, natural gas, and petrochemicals. In 1991 Eni and Basilicata made news headlines in the same breath when the Val d’Agri onshore oilfield was discovered in the agricultual, unspoiled valley of the Agri river that, for much of its journey, forms the border between Potenza and Matera provinces. It turned out to be the largest onshore hydrocarbon field in Europe.

Eni was keen to be part of what promised to be an economic miracle for the Mezzogiorno. A company representative at the time, Walter Rizzi, stated that the oil quality is extremely high, meaning the refinery cost is low and the potential is huge. It joined forces with Shell, and Basilicata soon reached over 60% of Italy’s oil production. In 2019, the fields provided 47% of all Eni production in Italy. The crude oil extracted from twenty-four wells is sent to the Centro Olio Val d’Agri (COVA) in Viggiano, Potenza for a first processing and then, through an oil pipeline, to the refinery of Taranto on the Apulian coast.

From 1996 to June 2021 Eni and Shell paid the Basilicata Region, the Italian State and the Comuni or local administrations directly located in the extraction areas millions of euro in royalties as established by the 99/2009 Law that requires a payment of 10% of the value of crude oil and gas produced within the State. Because of its location in a depressed area of the country, all royalties in Val d’Agri go directly to the Basilicata region, including 3% for a social and economic development fund. A win-win situation, right? Not quite.

A recent publication in Science Direct suggests that Basilicata is a perfect example of the ‘resource curse’. In other words, did the region get too much potential wealth for its own good? The following abstract of the article summarizes the crux: “The analysis finds that the development of oil operations has generated no detectable improvement to employment, nor to a range of social indicators, nor to educational attainment. The absence of quantifiable beneficial effects is coupled with negative impacts on other dimensions of development that are more difficult to estimate — especially on the environment and human health. Taken together the evidence offers a sobering prospect over the potential of resource-based development for disadvantaged regions in developed countries.” So, what went wrong?

As well as the Italian State, the Basilicata region and the municipalities in the Val d’Agri oilfields basin, plus other agencies such as Legambiente, WWF Italy, and WWF Potenza, all lined up to bring a joint legal action against some Eni executives, accused of causing a major environmental disaster by not impeding to redeposit the waste water from the refining of oil back into the soil, thus putting people’s safety at risk.

On October 12, 2021 we read on Basilicata24.it of a report by L’Indipendente stating that the scientific journal Nature published a paper on “A process-based approach to understanding and managing triggered seismicity.” The study concluded that the practice does not cause any micro-sismic risk. However, it was soon revealed that this study was allegedly sponsored by Eni itself. The article does underline that other independent studies have found that, with the right precautions and under the right conditions, waste water can be safely reinjected into the soil. This conclusion was published despite evidence to the contrary in areas all over the world where the treatment and reinjecting of waste water upsets the underground balance, causes faults, cracks and crude leaks and, if not carried out correctly, can lead to earthquakes.

The other finding was the environmental health risks to the population. Numerous health impact assessments have been carried out over the years and the findings have varied as to the relationship between air quality and illness in the region, with some areas more or less affected by exposure to pollutants than others depending on their proximity to the oilfields. A report in Altreconomia suggests that air quality in this rural area is comparable to that of polluted cities such as Beijing or New Delhi.

So, what now? After much legal wrangling, bargaining, finger pointing, protests, and even hunger strikes, an agreement was reached in April 2021 between the Basilicata region and Eni-Shell, which increases the financial benefits for the area.

The compensation agreement stipulates for the Lucani:

With this longterm investment agreed, Eni is also very much committed to promoting specialized education, increasing the contribution of the skilled regional workforce, and finding long-term solutions to studies on eventual health risks. This project is outlined as an integrated Energy Valley project in the area around the Val d’Agri Oil Centre (COVA), and promises to offer a carefully planned sustainable production model by combining economic diversification and circularity. The ultimate objective is to create a virtuous system in the local area, consistent with Eni’s new business model and making the best use of local opportunities, while respecting the community and developing available resources.

Numbers and agreements. The devil is in the detail. While some people look forward to a brighter future for the region, there are also many sceptics who will not be convinced that financial reward and careful planning can outweigh the risks that people are running. Furthermore, the risk of irreparable long-term environmental damage is a burden they are not prepared to subject future generations to.

Time will tell if Eni’s aim is really that of a finding a balance in Basilicata and the hope is that they get it right this time. If they do, the socio-economic development miracle may well happen not just for Basilicata, but for the whole Mezzogiorno of Italy.