What Went Wrong With Italian Rugby?

The Azzurri’s results in rugby over the past 15 years have been disappointing. Can Italy’s rugby be fixed? 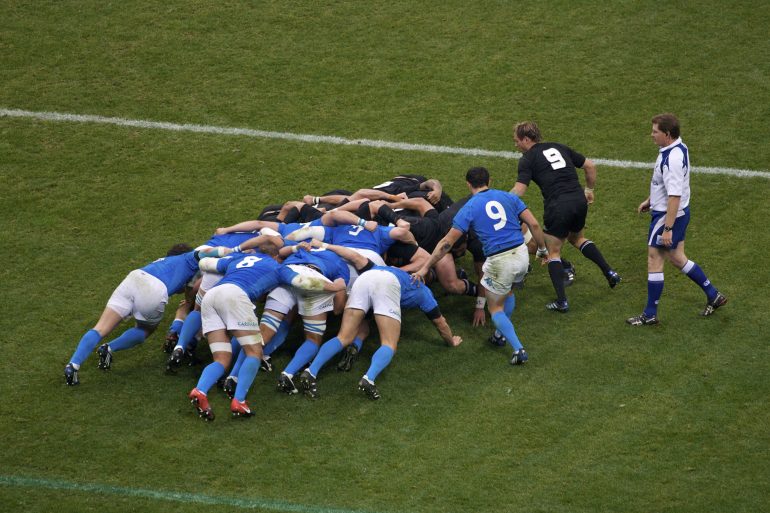 As the whistle blew to end the game between the Italian and Argentinian sides, the Azzurri looked disconcerted as they left the pitch on that foggy afternoon in Treviso. The test match between Italy and Argentina on November 13 ended with a loss for Italy, 16-37, with the Pumas using their physicality to aggressively push past the Italian defense over and over again.

In spite of their previous losing streak, the Argentinian win over Italy was not a surprise, as the Azzurri struggled to find a clear identity and succeed in the sport. Such a big divide between these two teams was not always the case, with the two rugby national movements often interacting. Argentinian players would cross the Atlantic to play in the Italian rugby league, with notable Argentinian players even joining the Azzurri. However, the Argentinians seem to have overcome their European counterparts in all aspects of the game, with the Pumas doing better and better in the Rugby Championship (former Tri-nations), and succeeding in shaping a national system integrating elite training and valuing local clubs. How did the Argentinian team manage to match stronger sides such as New Zealand’s All Blacks and South Africa’s Springboks, and why does Italian rugby keep lagging behind?

A matter of player pools?

Some would argue that Italy’s failures in the sport, and its poor performances at the Six Nations, are due to a small player pool. Looking beyond football, the sport is still not as widely played as others like basketball or volleyball. On the other side of the Atlantic, rugby is the second most popular team sport. However, the issue runs deeper than this. Italy has a bigger player pool than Argentina (about 25,000 more), and more clubs than Australia and New Zealand.

If the number of players is not an issue, the distribution of players across the country might be one. The sport remains rooted in the region of Veneto, and only four players from the country’s south have recently played in the national team. Despite its traditional presence in Veneto, this distribution might also be explained by the lack of effort on the side of the Italian Rugby Federation (FIR) to spread the sport more evenly across the country, which brings us to the first difference between the Italian and Argentinian systems.

Both countries have a federal system of elite training academies for youth. The academies established by the Argentinian Rugby Union (UAR) are distributed across the country, not only in the traditional Buenos Aires but also in other regions such as Tucumán and Santa Fe. In contrast, the Italian academies are concentrated in the center and north of the country, with their facilities placed in the cities of Treviso, Parma, Milano, Prato, and Rome. However, the issue of the academies might not only be where they are placed but also how they operate and interact with the country’s clubs.

When launching a plan to foster excellence in the sport in 2008 known as PlaDAR (Plan de Alto Rendimiento), the Argentinian Union was clear about what the role of its academies should be. Indeed, they aimed not at a direct source of players for the national team, but rather as a tool to increase the level of the clubs spread throughout the country, thus raising the quality of the sport as a whole. This is done through a number of strategies involving the staff of the academies, who constantly get involved at the club level to share their knowledge, experiences, and tactical views. The communication and relations between all the levels of the federation were explicitly targeted, aiming at monitoring the ways all clubs manage and train their young players.

On the other hand, Italy took a different approach. The elite academies are detached from the realities of the sport at the club level, leading to a separation between the sport as a whole and its elite manifestations. In turn, this considerably reduces the quality of the pool of players the national team can draw from. Moreover, it is clubs that are in charge of initiating the youngest players to the sport, and a lack of knowledge or expertise in the early formative stages of youth development is most likely to be detrimental to their skills in the later years.

Therefore, the main divide between the two federations could be found in two different approaches to youth development. On the Argentinian side, the aim is to expand and improve the basis upon which the sport is founded (i.e. the country’s clubs). Instead, Italy has placed more emphasis on its elite academies, often overlooking the link between the national team and clubs.

A change in sight for Italian rugby

In 2008, the SPLISS network for expertise in high-performance sport put together a number of factors that researchers had found to be determinants of the success of a country’s elite sports. Beyond macro-level elements such as GDP, population size, and political system — all of which favor Italy — and micro-level characteristics of exceptional athletes, they identified the crucial level at which a country’s sports policies can intervene: the level of sports policies and politics in the country. These are seen to be determinants of the long-term success of a country in certain sports and, most of all, can be changed and manipulated more easily. The researchers identified nine core pillars of policy factors influencing the international success of a sport: (1) financial support, (2) integrated policy development, (3) foundation and wide participation, (4) talent identification and development, (5) post-career support, (6) training facilities, (7) coaching provision and development, (8) international competition, and (9) scientific research.

When comparing the Italian federation’s approach to the Argentinian, the main difference arises at pillars 3, 4, and 7. Indeed, what seems to distinguish Argentina’s system is its focus on widespread participation in the sport and sharing of elite coaching practices at the club level. In turn, this results in an integrated talent development system across the country.

Despite the differences between the two countries at the current stage, some change might be in sight for Italy. Indeed, the system of Italian academies seems to be on its way to being dismantled. This would be replaced with a more evenly distributed system of talent development focusing on clubs, which seems to be mirroring the Argentinian approach. The results of this shift will not be seen immediately, but it will hopefully bring Italian rugby to be competitive at the highest levels.