The Taliban And The Italian Archeologists’ Dilemma

A request for help from the Taliban has led to a difficult decision for Italy’s experts in cultural conservation. 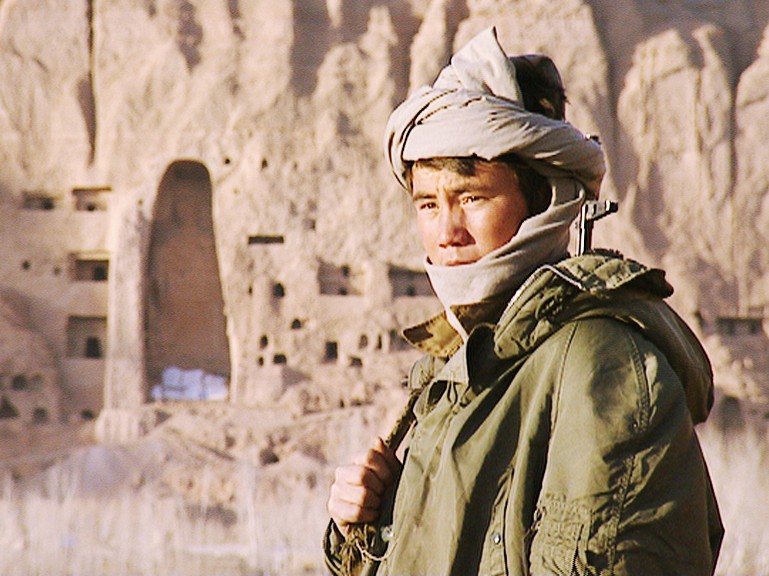 On December 2021, the Taliban mullah Abibullah Mujahid — the Head of the Department of Information and Culture for the Afghan province of Ghazni — declared that the Taliban regime needed the help of Italy to safeguard the war-torn country’s architectural heritage. More precisely, the mullah requested that the experts of the Italian Archeological Mission in Afghanistan by the Italian Institute for the Middle and Far East would return to Ghazni, one of the central Asia’s most important medieval cultural centers, that the Mission departed after the Taliban’s return to power last year.

This request presented Anna Filigenzi, the director of the Mission, with a difficult dilemma. Which is more important — the preservation of world cultural heritage, including a 13th century citadel and the Ghazni minarets, or sensitivities around the legitimation of the Taliban government?

As you can imagine the answer is not easy — particularly in a context in which the international community’s reluctance to legitimize the Taliban regime is exacerbating Afghanistan’s humanitarian crisis, by denying aid, support, and official recognition. In practical terms, a denial from the Italy’s expert archaeologists would only lead to a deterioration of Afghanistan’s invaluable cultural heritage.

The case against accepting the Taliban’s request

Beside current political considerations, there’s another reason why Filigenzi’s team is reluctant to help the Taliban. During the early Emirate (1996-2001), the Taliban devastated some of the most significant artefacts of pre-Islamic cultural and architectural heritage in the region.

Many readers will remember when, in 2001, the Taliban destroyed the Buddhas of Bamiyan, two huge sculptures of 38 and 53 meters high, carved into the rock. These were icons of the country’s Buddhist past, and their destruction was denounced as a war crime. But during that first Taliban government, destructions and raids of archaeological sites were common practice. It is claimed, for example, that the Taliban intentionally devastated around 2,500 Buddhist masterpieces in the National Museum of Afghanistan in Kabul.

Given the Taliban’s track record, immediately following the takeover in August 2021, Mohammad Fahim Rahimi, director of the National Museum of Afghanistan, expressed serious concern about the fate of Afghanistan’s cultural heritage. Already in February 2021, the director of the Archaeological Institute of Afghanistan denounced acts of looting. And, on August 18, it was reported that the statue of a Shiite anti-Taliban hero, Abdul Ali Mazari, in Bamniyan had been demolished.

The Taliban has repeatedly claimed to have changed and to have learned from previous mistakes. Instead, mullah Abidullah Mujahid has said, it is simply American propaganda that paints them as monsters.

Yet the little information that does emerge from Afghanistan — from where the majority of international journalists have fled – dismantles the idea that the Taliban are committed to cordiality, humanity and respect. Instead, the evidence suggests that the feared Taliban order of justice without trials, narrow freedoms, and widespread violence is slowly being re-established. And restrictions on the rights of women are tightening. They have already been forbidden to travel alone for distances over 70 kilometers and their faces have been erased from advertising posters.

In this context, how is the safety of any Italian who would live and operate in Afghanistan — a country whose government is not recognized by Italy — be assured?

What should be done?

But there is another side to this debate. I for one can’t think of a reason in favor of finding oneself in an unstable country — a country with a fundamentalist and totalitarian regime that is facing a very deep humanitarian crisis — aside from the moral weight of saving a vast, incomparable cultural heritage.

In this regard, what matters is that the Taliban have understood, from a utilitarian point of view, the importance of the archaeological sites on which their country rests. In other words, the Taliban’s protection of cultural heritage could become the true test case for demonstrating their new face. This way, the state could obtain the aid and recognition on which their political existence depends — and the future of their starving population.

It is not by chance that Audrey Azolulay, Director General of UNESCO, has declared that “any damage to or loss of cultural heritage will only have negative consequences for the prospects of lasting peace and humanitarian aid for the Afghan people.”

Yet it is clear that understanding the Taliban’s true intentions for their country’s vast cultural heritage will take time. For now, let us be realistic that, given their past and the current situation, there are very few elements that encourage us to trust them.