Can Italy Change Its Mind On Nuclear Energy?

We should ask ourselves what is more valuable: to keep rejecting a helpful tool or to lead Italy into a much-needed greener future. 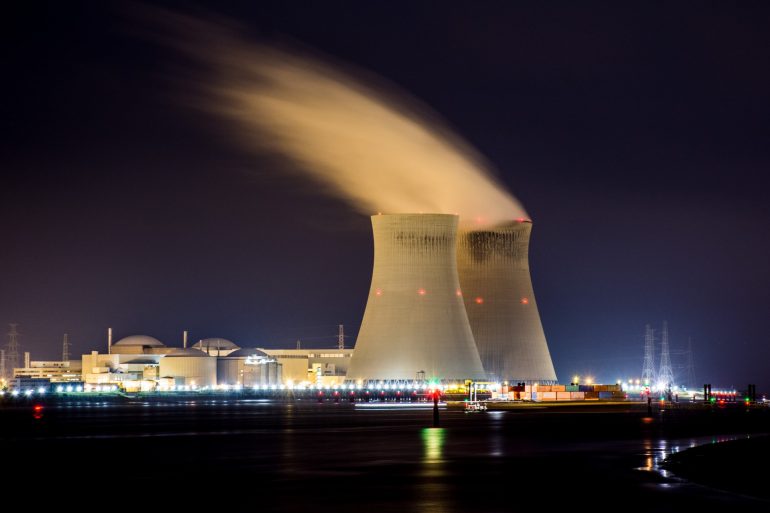 In Italy, few issues are as controversial as nuclear energy — aside from immigration, possibly. The country’s reactors have now been shut down for over 30 years. Yet, the debate over the use of nuclear power has never really left the public discourse.

The subject has lately made a comeback thanks to the recent European Commission’s proposal to include nuclear power and natural gas as transitional green energy sources. For now, the document is just a draft that must be approved by most of the 27 member states. Nevertheless, it recontextualizes natural gas and nuclear energy as temporary solutions to gradually move us away from fossil fuels.

Hence, while not offering any new long-term final resolution, it may still radically transform the energy landscape of Europe for the next two decades. It could also make the EU less reliant on Russian gas and oil, which may have even more significant geopolitical consequences in the long run.

For now, the Italian government has not commented on the draft directly. PM Mario Draghi himself was rather vague about it last October when he spoke at the European Council. Nevertheless, he may have expressed himself already through one of the government’s high-profile representatives, the current Minister for the Ecological Transition, Dr Roberto Cingolani, who is quite open to the use of nuclear power.

Since the draft was made public, though, many parties have come out against it. For example, Enrico Letta, the Democratic Party’s secretary, tweeted on January 5, “The inclusion of nuclear power [in the draft] is radically wrong.” The only parties that for now seem to be open to the new taxonomy are the right-wing ones, like the radical League and Silvio Berlusconi’s Forza Italia.

In the Italian public opinion, sentiments are more mixed. There seems to be a new growing openness to nuclear energy, especially among liberal voters. Still, skepticism remains strong, especially about the much-feared question of waste management.

There is more to that. First, Italians do not seem to have faith in the country’s ability to handle complex tech or long-term commitments. Something that may also relate to the well-documented failure to keep or attract researchers and investments. Nevertheless, it is worth remembering that Italy used to have a very close relationship with the atom before a referendum banned this technology in 1987. After all, it was an Italian scientist, Enrico Fermi, who took the world into the atomic age by building the very first nuclear reactor at the University of Chicago in 1942.

However, Italy’s story with this technology truly began after World War II, more precisely a decade later. It is hard to imagine now, but before the anti-nuclear activism of the 1970s, nuclear power was seen mainly as a force for human progress. At the time, governments and people alike saw it as the perfect way to fuel the enormous economic growth of the post-war years.

Accordingly, in 1963, Italy was one of the first industrialized countries to develop a civil nuclear program, along with France, West Germany, the United States, the Soviet Union and the United Kingdom. We were ‘early adopters’, in the literal sense. At the time, Italy ranked third worldwide in nuclear power generation, only behind the US and the UK.

Despite this promising start, the following years were plagued by a series of events that troubled the further development of this industry; like the assassination of Enrico Mattei, president of the National Fuel Trust (Ente Nazionale Idrocarburi, ENI) — a strong supporter of nuclear energy — or the staunch opposition of the left-wing parties to the creation of new reactors, something they considered a waste of public money.

After the oil embargo decided by the Organization of Arab Petroleum Exporting Countries (OAPEC) in the 1970s, nuclear power had the opportunity to become reasonably competitive again. Thus, in the wake of this energy shortage, the Italian government commissioned the development of twenty new reactors while leaving to the regions the choice of the plant sites. In hindsight, this proved to be a critical decision, as the local administrations were very uncollaborative. As a result, of the twenty plants that were planned, only one was built within the following decade.

By the end of the 1970s, a newly founded anti-nuclear movement was on the rise in the US and the rest of western Europe. Thanks to the growing fear of a thermonuclear war between the blocs and the incident of Three Mile Island in 1979, the word nuclear was beginning to have rather dreadful connotations. While not having any harmful repercussions, the Three Mile Island incident was a crucial turning point for the Italian anti-nuclear movement, as it made the activists quite popular overnight. Before, they had been primarily known for local initiatives.

Then came 1986 with the nuclear disaster of Chernobyl in the Soviet Union. While Italy was relatively unaffected by the radioactive cloud coming from the east, the accident deeply affected the public opinion on nuclear energy. The governing parties proposed a ‘pause for reflection on nuclear power’ in the weeks following the accident. A year later, a referendum was called, resulting in a phase-out of all the plants on national soil.

It is worth saying that the referendum itself was not specifically about making nuclear power illegal. However, it did make it more difficult — basically impossible — for the government to build new reactors in the future. At the time, Italy had two remaining nuclear power plants, while a third was in the making. Two other plants had closed in the 1980s and were supposed to be replaced in the following years. Instead, by 1990, they were all shut down.

Of course, the consequences of phasing out over one gigawatt of energy when Italy was about to become the fourth manufacturing country worldwide had its costs. First, one of the plants, Montalto di Castro in Lazio, was converted into a gas-powered plant, with a further cost of over 11 billion euro of today’s money adjusted to inflation. Second, new coal plants were created to keep up with the energy demand in the following years. Also, regardless of the referendum’s result, Italy could not really afford to give up this resource entirely. Still to this day, according to the World Nuclear Association, up to 8% of Italy’s energy needs comes from nuclear power. However, the plants are now safely built on the other side of the national border, mainly in France.

There was one last attempt to go back on the decision in 2011, with another referendum called by none other than the well-known industrialist-turned-prime-minister Silvio Berlusconi. But, as it turns out, it was not meant to be.

In hindsight, the question was probably doomed from the beginning. The debate in preparation for the referendum was immediately plagued by the solid anti-Berlusconi movement that ran the left-wing parties at the time. In this political climate, whatever the center-right government said had to be rejected without a second thought by the opposition. As a result, the inquiry was less about energy demand and the need to lower carbon emissions, and more about whether or not we liked the politician posing the question.

Moreover, the unexpected Fukushima nuclear power plant incident just three months before the Italian referendum made the general public even wearier of this technology. Like in 1986, the reaction was primarily emotional. Although the incident was undoubtedly way more dangerous than Three Mile Island, no deaths by radiation poisoning have been documented or confirmed.

Fukushima had a profound and lasting influence on Europe’s policymakers. While Italy rejected nuclear power with a staggering 94% that year, other countries, like Germany, started a gradual phase-out of their existing plants that is still progressing today.

Our choices are now coming back to haunt us. Ten years later, the energy demand is higher than ever, and the renewables are not enough to keep up with it. Solar and wind are too intermittent, while the landscape and the geological characteristics limit geothermic and hydroelectric sources. With the lack of better options, we keep going back to coal and gas — as proven by the recent case of La Spezia and Monfalcone. Not exactly the best way to fight climate change.

Whether we like it or not, nuclear power is still the most reliable carbon-free resource on the market. However, the draft proposed by the European Commission can only go so far. As a matter of fact, the document only reframes nuclear and gas as suitable alternatives to coal and oil. It does not force single countries to build new plants. Even after its approval, we will have to ask ourselves what is more valuable: to keep rejecting a helpful tool or to lead Italy and Europe into a much-needed greener future. Like the last time, it is entirely up to us.