Novel Food: The Brands Leading Italian Cuisine Into The Future

Italian consumers aren’t ready for this cultural revolution. But, if we look back at our roots, insects were eaten in the past by ancient Greeks and Romans. 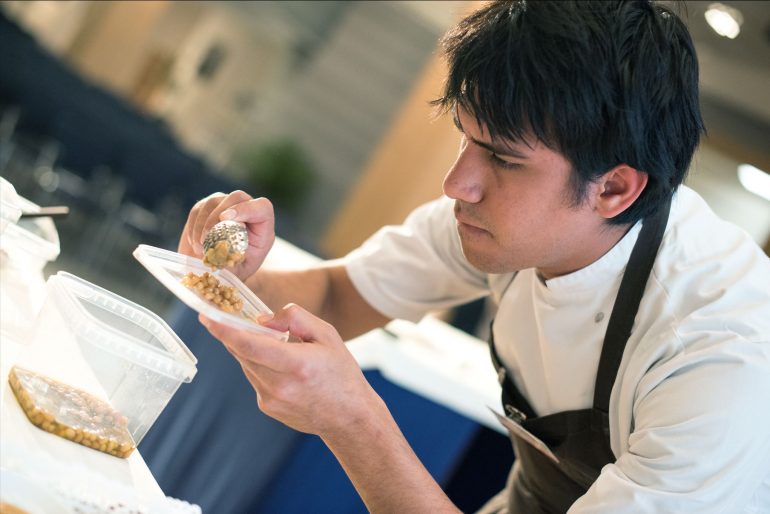 Food. It’s a word that everyone probably uses every day. But do we really know what it means?

Enter Regulation (EC) No 178/2002, the regulation that sets out the basic principles of food law to protect human health and consumer interests. This exciting part of European law defines food as “any substance or product, whether processed, partially processed or unprocessed, intended to be, or reasonably expected to be, ingested by humans.”

A bit of a mouthful, no doubt. This definition includes drink, chewing gum, and generally speaking any substance, including water, intentionally incorporated into an edible product during its manufacture, preparation, or treatment.

Interestingly enough, though, while defining food in such broad terms, the EU outlines strict rules in this sector to regulate what does and doesn’t fit their definition. Obviously, that includes any substance that could be injurious to health or unsafe or unfit for human consumption in any other way. So, while chewing gum is included in the definition, substances with residues, contaminants, and plants prior to harvesting are definitely not considered ‘food’.

Yet there is a type of food that is challenging this definition — and shaking up our own understanding of what ‘food’ might be. That’s the so-called ‘novel food’ and, as you might expect, it’s not going down very easily in Italy, of all places, although some brands are trying their best to change that.

A new way of thinking about food?

Novel food. Probably these two words don’t mean a lot to many people. But think about some of the latest food trends to hit our plates — and newspaper columns — and you might be more familiar with them than you know.

At first sight, novel food could be defined as new and different types of food. That’s more or less the truth of things. But let’s return to EU regulations. More specifically, novel food is any food that hadn’t been consumed to a significant degree by humans in the EU before May 15, 1997, when the first regulation on novel food came into force.

As we said, part of all these regulations is a legitimate concern for food safety. Novel food, aside from being novel, needs also to be safe for consumers, properly labeled, and, if the novel food is intended to replace another type of food, at least not nutritionally disadvantageous.

But is there something missing from all this? Something about the joy and pleasure and experience of food?

The Italian experience of novel food

From January 2018, when the EU Regulation No 2015/2283 came into force, you can now buy novel foods in every member state. That means, in Italy too, you can buy all sorts of new treats: Chinese centipede, tarantulas, giant worms or silkworms, butterflies, crickets, scorpions, and a lot of other animals too.

But so far, Italians aren’t having any of it. According to a survey by Coldiretti (the Italian association of growers), consumers are reluctant about many types of novel food. In fact, while some argue Italians are increasingly open to ethnic food, 54% of those interviewed weren’t attracted by foods that differ from our culture and tradition.

Meanwhile, only 16% of those interviewed said that novel food such as insects could be a great opportunity, either for us or for the environment. At the same time, the UN Food and Agriculture Organization states that this kind of food is sustainable, rich in proteins, and very easy to produce. There are a lot of pros, not only for the environment, but also for the condition of the world’s poor.

Regardless, Italian consumers aren’t quite ready for this cultural revolution. Only a small part of the population is open-minded enough, or has enough curiosity, to eat these different, innovative type of foods — what some are hailing as the food of the future.

What many don’t see, though, is that insects are also the food of the past, of ancient Italian tradition and culture. Forget lab-grown meat and UV-treated bread, of course. But if we look back at our own Italian roots, insects have a long, delicious history in our cuisines. From cicadas to beetles, these ‘novel’ foods were the height of luxury for the ancient Romans and Greeks.

Whatever the history, there are brands in Italy bringing back our ancient tastes for insects.

In Milan, for example, you can find Entonote, one of the first places in Italy to discover, eat, and buy many types of insects and their derivatives. Created in 2015 by two young women, Giulia Maffei and Giulia Tacchini, the organization’s main goal is to spread knowledge about insects and their importance for human health and the planet through cooking demonstrations and workshops.

In this way, Entonote has made a name for itself as one of Italy’s most important ventures in this particular sector of novel food.

Yet they are not the only ones. Another great startup, called Fucibo, is the first Italian brand to sell insect products such as flour, through 21bites, the first European e-commerce site dedicated to insects and other selected superfoods.

Lorenzo Pezzato, one of Fucibo’s cofounders along with Davide Rossi, has pointed out that consumers of insects already number two billion globally. They just don’t happen to be in Italy — yet. But according to Pezzato, tradition and innovation don’t need to be opposed. Instead, he says, he truly believes that insects are an important new ingredient that everybody can use in a very versatile way.

Indeed, what Pezzato and Rossi aim to do is to bring products to the market that are of Italian origin, made with Italian know-how and borrowing from the nation’s incredible food brands. This, they hope, will help them achieve their main goal of selling all their foods, not just online, but also in Italian and European supermarkets. This year, they believe, the brand will grow by 60%.

Finally, there is insetticommestibili.it, an online site where both food and beverages are made from insects. Here you can find rare products that derive directly from a local factory, the Azienda Agricola Insetti Commestibili located in Monselice, located southwest of Padua. And before buying a product — giant wasp, caterpillar, crickets, or snails — you can read its complete history, the way to cook it, recipes, and other important suggestions.

These brands ensure that the insect sector is steadily growing, between curiosity and distrust, also here in Italy.