A Proud Italy Is More Than Traditional

Can the Italian film and music industry keep soaring on the model of K wave? 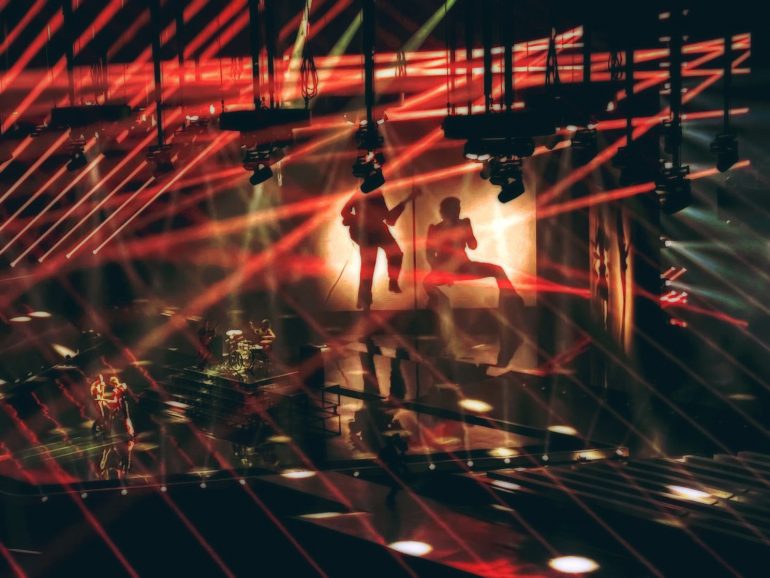 Italy ended 2021 successfully, selected by The Economist as the country of the year. One main reason was the global rise of the Italian rock band Måneskin’s following their win at Eurovision and continuous success touring worldwide. Italy is well-known for its traditional music and movies, but can the country increase its soft power pushing for a stronger international potential similar to the spread of Korean Pop — better known as K-Pop — which has been defined Hollywood’s number one competitor?

Italy has no shortage of hit singles and movies, but certainly it is also known for its long history and proud heritage. One demonstration is its significant role in the history of European music — the violin and piano were both invented in Italy, and just as many terms adopted into classical music, such as opera, sonnet, concert, and quartet. The latter have strongly further influenced the development of opera in the late 1500s. Much of the Italian music is especially reflected at a local level, changing, adapting, and narrating stories about small towns around the nation.

Italian film history experts declared that if World War II had not happened, Italy would have produced many more films to be proud of (Moliterno, 2009, p. 243). Italy could have become the equivalent of today’s Hollywood. Nothing stopped Italy from having its own entire chapter in film history with neorealism, a film genre which exists because World War II, signing the end of this tremendous war and the rise of cultural change and social progress. A genre born by the impression that the cinema towards the end of the war was either broadcasting or producing content that was futile and had no reference or connection to the population’s true struggles.

An example of a similar theme is shown in the three-times Academy Awards winning movie La Vita è Bella (Life Is Beautiful), a 1997 Italian comedy-drama film directed by and starring Roberto Benigni, who co-wrote the film with Vincenzo Cerami. Benigni plays a Jewish Italian bookshop owner in the year 1939 who uses his imagination to shield his son from the horror of the Nazi concentration camp. Hence, demonstrating that it is a nation that despite the difficulties has been fortunate to rise and produce globally renown content on its own.

Can we take it a step further? Or are we flying too close to the sun?

The first Academy Awards nomination for Italy occurred back in 1929 for Best Cinematography and since then it has received few wins. Demonstrating that compared to other countries it has been well considered in the film industry in contrast, for example, to other less appreciated actors or movies. To this point, the Academy has been accused of racism, and one example was last year’s hashtag circulating #OscarsSoWhite.

Several famous movies have been filmed in Italy, such as Eat Pray Love, The Gladiator, Letters to Juliet, several Bond films, and even a whole movie with the country in the title, The Italian Job. Nobody can deny its beauty and history that have provided the backbone to much of the media content produced.

The international TV series hit Inspector Montalbano — based on a series of book sold globally written by Andrea Camilleri — was viewed around the world for 15 seasons and the books have been translated in over 32 languages. The entire series that follows the police mysteries of the detective Salvo Montalbano are filmed in the imaginary town of Vigatà, Sicily, originally based from the author’s original town of  Porto Empedocle a few kilometers west of Agrigento, but then the series filmed in Ragusa, another Sicilian town on the notoriously beautiful island.

Although we have traveled the world, it does appear that regardless of what we make, classic music and film will be remembered and appreciated. The modern version of what Italy is producing does not seem to be at the level necessary to take the international step. Would this mean for Italians to lose their natural inclination to a certain savoir-faire that surrounds our products? Music and film are filled with nostalgia and realness. The same neorealism is the demonstration.

Several artists have left Italy to search for their artistic success abroad. One example is the actor who played the son in Benigni’s Academy Award-winning film, who now lives in New York City. A journalist once wrote that the reason why so much Italian art can be found abroad has to do with the fact that we cannot appreciate the quality of what we have. Therefore, we are a country that can be proud of its media content but might not make that quality international jump as it could.

Måneskin admitted that despite their success they were initially discriminated against, “…Growing up in Italy, which can be a very narrow-minded and conservative country, we experienced a lot (of discrimination), especially in the music industry, with the way we look and everything.” It is quite well-known that when it comes to some progressive steps, Italy falls behind. However, now that Måneskin is famous it appears Italians take pride in the fact that the band is from Italy. Although quite reasonable and normal, it does seem hypocritical.

Måneskin’s success has shown that regardless of how “traditional” Italy can seem, the newest generation can appreciate taking different steps towards music and other media formats. Other successes also highlight that we can create wonderful content by using what is around the nation and identifying our potential through historical content that is generally more traditional.

Despite all the above, I do not think Italy can soar for the time being. It has taken massive steps and it can be proud of its current achievements, but we can try and match the more international and modern sphere with the traditional historical nostalgia that embraces this boot-shaped country, beginning from taking care of its cities, theaters, and artists.

This does not mean forgetting what our country used to be, but shaping the beauty and quality it has in a form that can be shared with the rest of the world.