The Ballot Box: Brexit And Limited Voting Rights For EU Residents In The UK

Allowing EU expats to vote in referendums could play a vital role in the future of the European Union. 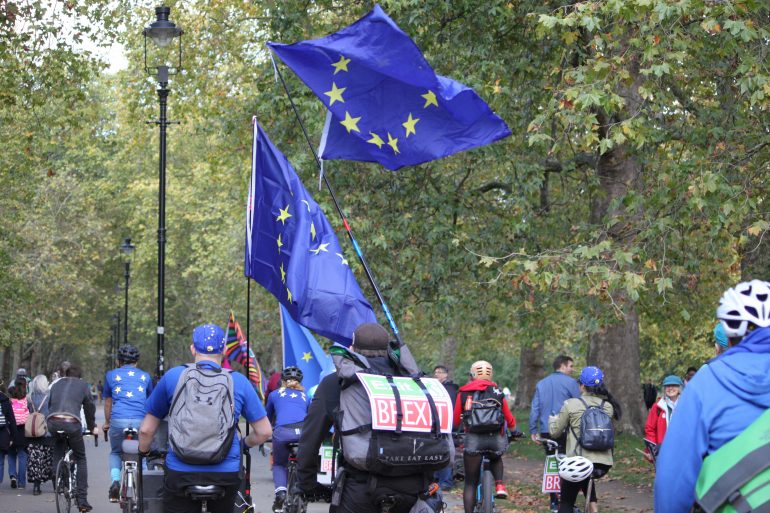 The 2016 Brexit referendum demonstrated that depriving residents from other EU member states of the ability to vote in national elections or referendums not only creates democratic rights issues, but also has actual political implications for the EU’s future. EU member states must act now to expand mobile EU residents’ voting rights to regional and national ballots, as proposed by Voters Without Borders, and safeguard the EU.

In this context, the 2016 Brexit vote represents a perfect example of a referendum that did not allow residents in the UK from other EU member states to participate. Indeed, on May 25, 2015, the UK government decided to utilize the electoral register for Westminster elections plus Gibraltar, which meant that only British, Irish and Commonwealth citizens who lived in the UK were eligible to vote during the referendum. On the other hand, EU residents (including Italians) in the UK, with the exception of nationals from Ireland, Malta, and Cyprus (the latter two of which are Commonwealth countries), and British who had lived abroad for more than 15 years, were not allowed to vote.

Why should EU residents in the UK and British expats have voted?

The Brexit referendum demonstrated that the refusal of voting rights for most EU residents and British expats resulted in a series of ethical and political issues.

Their exclusion from the referendum vote harmed democracy by creating disparities in treatment based on nationality, in violation of the United Nations Declaration of Human Rights (Article 21(3)). People’s right to vote was solely determined by their nationality. Denying inhabitants of the UK the right to vote in such a vital referendum just because they were Italian citizens rather than, for example, Canadians, without taking into account criteria such as the length of time they have lived in the UK, denied universal and equal suffrage. Because UK residents from Malta, Cyprus, and Ireland (the latter not even part of the Commonwealth) were eligible to vote, the government’s choice to use the Westminster register also provoked divisions among EU nationals’ voting eligibility in the referendum.

Moreover, the Brexit vote was problematic as the government denied voting rights to the groups most vulnerable by the referendum’s outcome and violated the principle of ‘no taxation without representation’, which is central for the Voters Without Borders campaign. The 3.3 million EU residents in the UK — or 5% of the UK population — including around 700,000 Italians in 2016/2017, who had contributed as taxpayers for years, as well as the about 700,000 British expats living in other EU member states, were suddenly unable to vote in a referendum that could jeopardize their future liberty and security in the UK and EU. The Leave vote’s win potentially threatened their ability to keep their existing house, their children’s current education, to afford health care, to own property and enterprises, to employ people, to live securely, and to travel freely. Similarly, British expats complained to the Independent about their lost democratic voting rights in parliamentary elections in both the UK and their EU country of residence, becoming completely disenfranchised. Finally, because the Brexit vote was analogous to an ‘independence’ vote, many argued that excluding EU residents, despite their position as taxpayers, was the correct thing to do. However, given that EU citizens living in Scotland were eligible to vote in the 2014 Scottish referendum, their exclusion from the Brexit vote is even more puzzling.

What if EU residents in the UK could have voted?

The impossibility for EU residents and British expats to vote provided a wrong picture of public support for the EU in the UK and among British citizens. Indeed, given the referendum’s 1.3 million vote margin for Brexit and the likelihood that most EU citizens living in the UK would have supported Remain, their votes would have probably changed the referendum’s outcome.

The inclusion of EU residents and UK expats would also have allowed a more informed referendum outcome. Many British citizens were misled by a Leave campaign full of false information, such as a bus claiming that the UK paid £350 million per week to the EU — while ignoring the fact that the EU pays £283 million per week back to the UK — and that the £350 million could be used to fund the NHS instead, without specifying that such a policy would have led the UK to bankruptcy. Widespread misinformation was also shown by the questions “what does it mean to leave the EU?” and “what is the EU?” being top trends on Google after the announcement of the Brexit results. Deciding which way to vote based on exaggerations, untruthful debates or on lies is not democracy. On the other hand, EU residents and UK expats had a more complete picture of EU benefits and what it meant to be a EU citizen, allowing them to identify fake news and make a more educated decision if they were given the opportunity to vote.

To summarize, denying EU citizens, who are residents in other EU countries, the ability to vote in national elections or referendums not only violates democratic rights, but also has significant political implications for the EU’s future. Brexit could not be an isolated case and allowing EU expats to vote in referendums could play a vital role in the future of the EU.

The Ballot Box is the Italics column by Voters Without Borders aimed at informing European citizens living in Italy and in other EU countries about voting rights issues. The European Citizens’ Initiative (ECI) seeks to raise EU citizens’ awareness of their voting rights as mobile citizens living in other EU member states. As a result, it is in our interests to highlight issues that Italian citizens face abroad in terms of political representation and to investigate available and potential solutions to improve democracy.