As the climate crisis ravages the world, Italy is in a powerful position as a possible leader in the fight against this phenomenon. 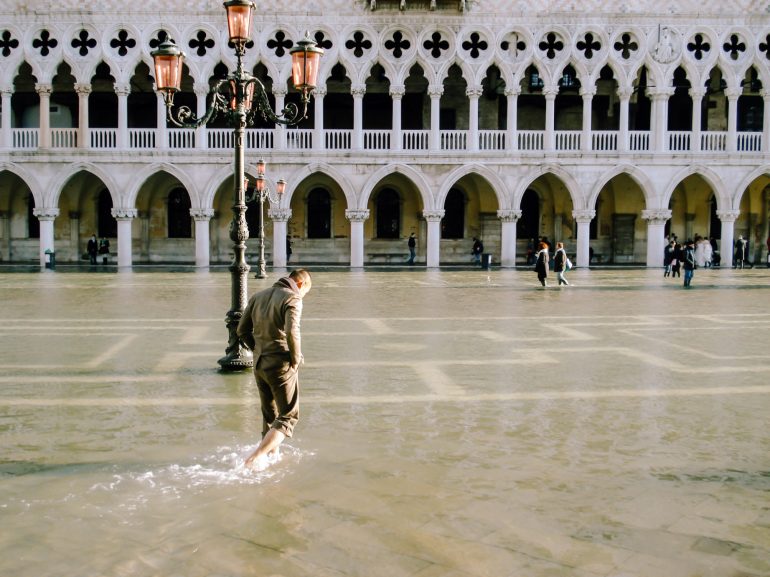 This article is written in collaboration with Luca Cherubim Ferracuti for Rethinking Climate’s column, Sustainable Italy. Rethinking Climate is a youth-led international cooperation nonprofit whose mission is to understand how best we can communicate, and therefore comprehend, the climate crisis and sustainability in its variety of topics. What is it about the way we are communicating climate issues that makes it so difficult to implement the solutions available?

Of all European countries, Italy is one that is suffering greatly due to the world’s climate crisis. As climate change gathers pace over the coming years, the country will be increasingly affected.

Some of the problems Italy faces are too appalling to be missed. Take, for instance, the fact that Venice, one of the country’s major tourist destinations — and to some the most beautiful city in the world — is drowning. Predictions already say that it will be underwater in less than 100 years.

Other, no less serious, problems in Italy have been coming to international prominence more recently. This summer, Sicily experienced a record-breaking 48.8° Celsius, the hottest temperature ever seen in Europe. This incredible temperature resulted in power shortages across the island, as citizens blasted their air conditioning. Outside of their cooled homes, vast wildfires raged, just as in every year, but this year particularly strongly. Sardinia, too, experienced its largest wildfires in years.

The case in Sardinia was particular because even though it was initially an arson caused by humans, it became so widespread and affected so many individuals on the island due to the warm climate that made it spread much more than it would’ve normally. This caused displacement of thousands of Sardinians and over 3 billion euros in damage. These have been only a few of the climate tragedies that have hit the country.

The Italian perspective on climate crisis

As a result of these events, Italian people now appear to be paying attention.

Italy now has one of the highest rates among any country in the world of people stating that climate change affects their daily lives personally. Over 90% of people in Italy declare it does so, 14 percentage points above the European average of 77%. Italians also seem open to losing some of their liberties in order to combat the crisis, with an overwhelming majority of 81% supporting government measures that would make people change their behaviors.

Simultaneously, people have noticed that the government has not been doing enough. Green policies have not been implemented as fast as many would like, nor as fast as the country needs. COP26 may have been a strong start in terms of advancing the fight against climate change — with Italy at the forefront of many of the discussions — but a common conclusion was that not enough was agreed.

This frustration has led to a growth in recent years in green political activism across the country. Massive protests took place across the country in 2019 and 2021. In Italy’s 2021 administrative elections, this green political movement was translated into votes, as progressive green leaders performed the best they had in years. In Milan, a city at the forefront of Italy’s climate activism, the incumbent mayor joined the European Green Party and was rewarded with nearly 58% of the votes in the first round of the election, a big change from a 3-point victory in the second round during his first election. All in all, left-leaning candidates who ran in green coalitions won in 15 out of the 20 major races in Italy this past election, up from only 10 out of 25 in 2016.

Opinion polling for the next elections is mixed. There are positive signs, with the progressive center-left PD generally placing first. Yet, Italy’s two far-rights parties, which contain outspoken climate change denialists, are close behind in second and third place. Smaller progressive parties remain in the single digits of polling.

Italy does not have general elections planned until 2023. This gives us the opportunity to build toward a parliament that’s a greener, more progressive institution. We will see if the population’s climate concerns will translate into even more widespread political action. In the meantime, climate activists have no choice but to pressure the government toward a green agenda, not just in Italy but in all of Europe.

With Prime Minister Mario Draghi now declared the “Most Powerful Person in Europe”, if Italians are able to build pressure toward green policies domestically, it could have large implications across the EU. Let’s prepare to make that happen in 2022.