The Schwa: Opponents Vs Supporters

Some don't like it, while some see it as chance to update Italian to be more inclusive. But where does this intermediate vowel come from? 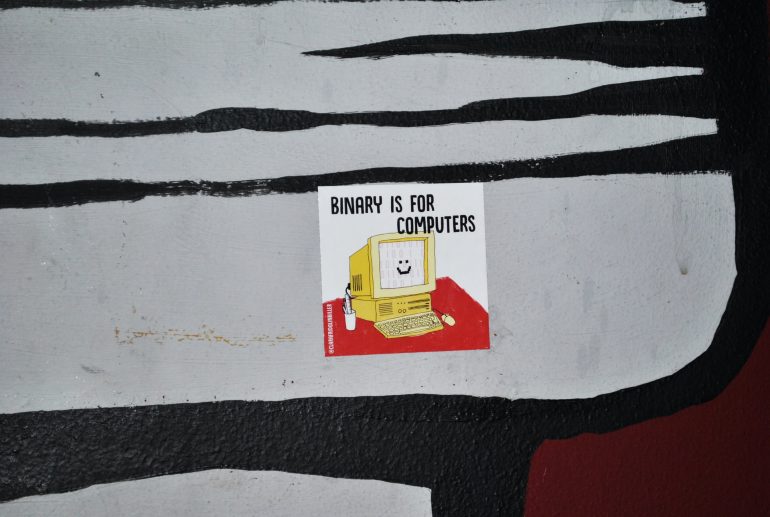 While it may seem the ‘schwa’ has recently come into our lives, it is not something new. Where does it come from? For the unfamiliar, the schwa has been used for decades by linguists and is also found in the international phonetic alphabet, the internationally recognized system for defining the correct pronunciation of the thousands of written languages that exist in the world. To be more specific, schwa identifies an intermediate vowel and the first traces of its use date back to medieval Hebrew. Nowadays, it has been proposed as a way to make language more inclusive and also address non-binary people.

As an alternative to the asterisk, which cannot be used in spoken language and especially not with reference to non-binary people, it has recently been proposed to adopt the schwa (or scevà), the International Phonetic Alphabet (IPA) symbol representing the central vowel. For linguist Vera Gheno, the most effective solution is the schwa because it has a pronunciation, which the asterisk does not have, and therefore would not only have value for the written form, but also for the oral form. In her own words in a post on Facebook in August 2020, she stated that the “schwa, from a semantic point of view, can function as an indistinct gender, because it indicates a sound that is in the middle of the rectangle of vowels, so it is neutral as a pronunciation: the middle vowel par excellence. For this reason, it seemed to me particularly suitable to indicate an indistinct gender.” According to the linguist, people should not be astonished by the use of this vowel, because in a language we may have more than one rule and people can feel free to adopt it or not. However, it’s crucial to have the option to use it, if the writer feels the need to express their inclusive mindset.

Another activist, Luca Boschetto, proposed the use of the schwa also because graphically it’s a middle ground between a and e. But it was Michela Murgia, novelist, playwright, and radio personality, who, for the first time, legitimized the schwa in a national newspaper, writing ‘nessunə’, ‘convintə’, and ‘tuttə’ in one political article in L’Espresso this summer.

The discussion in linguistics started even before 2020, trying to figure out a way to make language more inclusive in Italian, since masculine is the prevalent genre. The schwa grasped the attention of interested readers, especially since even the Accademia della Crusca (Academy of the Bran), generally abbreviated as La Crusca, decided to speak its mind. It is a Florence-based society of scholars of Italian linguistics and philology and one of the most important research institutions of the Italian language. One of their current members, Paolo D’Achille, as spokesperson of the Academy, recently answered the doubts of many scholars and writers about the use of the schwa. It seems to be an even less possible proposal for the neutrum in Italian: difficult to be written, not used in other languages, no plural form, not available in capital letter.

All in all the Academy doesn’t see a reason to introduce it in the standard Italian language, even though D’Achille acknowledges the importance to avoid sexist and discriminatory behaviors in the use of language. He underlines that language is not at the service of any ideology, as good as it is, and that this vowel is not part of the language and cannot be imposed, even more because the Italian linguistic system is binary: we have a masculine and feminine. This view is also supported by linguist Roberta D’Alessandro who underlines that English-speaking people didn’t decide to use the neutrum to address non-binary people, but rather the singular ‘they’ and the forms ‘them’, ‘their’, ‘theirs’, and ‘themselves’, which you can find in many an Instagram bio to state the unmarked pronoun. But the institution has spoken its mind: the ‘schwa’ is not an acceptable solution.

Before even the most important institution in terms of language had its say, the new vowel to show inclusivity in the Italian language has been supported directly by people ready to embrace this new custom. It’s not something that spread from one city to another, but rather a proposal people and communities brought up in a specific region: Emilia Romagna. The phonetic symbol schwa has been used in the institutional posts of the Municipality of Castelfranco Emilia (Modena), which decided, among the first in Italy, to adopt “a more inclusive language.” The first posts received appreciation as well as harsh criticism, to which the Municipality answered with the simplest of reasons to fight for this battle: “An initiative such as the one we presented this morning in this post has undoubtedly a ‘symbolic’ value and, if not accompanied by concrete, daily actions, will never be sufficient to make our community fully inclusive. However, it is clear that, as in so many other areas, symbolic actions are also important and constitute a fundamental starting point for achieving the objectives we have set ourselves.” This is a starting point, it’s a way to make people aware, also on social media, that inclusivity is a part of our everyday life and we cannot ignore it.

Does it really put language integrity at risk?

Many people, though, fear that the integrity of the language is at risk. Language is very important to Italians, and we know why (*Dante Alighieri enters the chat*). According to some linguists, the use of symbols/vowels/asterisks or any graphic element can help people feel less marginalized, while others don’t accept it. If someone in our society feels the need to fill a gap, to solve an issue or an expressive limit in our language, in order to be more represented in the language, which they use literally in every social interaction, maybe it’s understandable to give these people the chance to have options. We don’t need a long discussion, according to linguist Gheno, it’s just something the language may need as an option and people should not hate it.

What really makes linguists, supporters, feminists, and activists in general angry is the constant opposition and downplaying of the issue. Inclusivity is not something we don’t need, and society and facts in recent years have demonstrated that people need to know more about this issue and why it’s important. This is why having an option in our everyday language could help spread the awareness of it. Secondly, but not in order of importance, if it’s something some non-binary people and women feel strongly about, then why take it away from them? If we can expand our language to more people, why deny it to them? Spoken languages are such precisely because they evolve and reflect changes in society, aligning themselves to cultural needs that emerge over time. Leaving the masculine genre as generic formulation to the past could answer the new needs of our society as it moves forward. It’s one of the answers we could give to our society in terms of recognition of LGBTQ+ people and women.

However, many people share the opinion that this battle of rights doesn’t start from language, and that language is not the problem, while facts are. In fact, 83 women have been murdered in Italy from January until September of this year. Many agree also with this view, saying that we have bigger fish to fry other than the schwa or the asterisk or the use of language on social media and in articles — things that may minimize the importance of this discussion. We agree that we need to start from something, and after the accepted female version of lawyer, engineer, and dean, we can go further in this direction.

As always, change is not immediate, neither is it always immediately concrete. It takes time to mold society, and it takes some courageous actions to defend women and non-binary people, a huge slice of our society that needs to speak its mind and be taken more than seriously. In everything from the work environment — which needs to take huge steps ahead in order to reach equality for all genders — to catcalling, to national television or journalism. Many are the situations in which we need to see a change. Baby steps could be one of the answers, indifference or mockery are not.

Whether you agree or not to make your expressions more inclusive, if you think you are addressing someone who feels this issue as important, feel free but not obliged to use one of the options or the vowel schwa. You can copy it from here: ə.