Stefano Pontecorvo: Italian Of The Year 2021

Among all the achievements of Italians in 2021, humanity was by far the greatest. 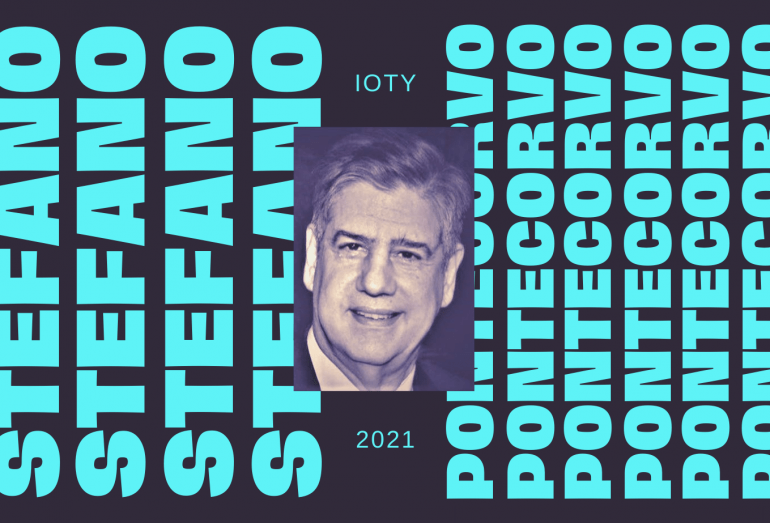 Stefano Pontecorvo is the Italian of the Year 2021.

“It may be unfair, but what happens in a few days, sometimes even a single day, can change the course of a whole lifetime…” — Khaled Hosseini, The Kite Runner

Voting, whether for political leaders or dance partners, is almost always an act that elicits conversation. We want to talk about why we voted for the person, what we think it means, what we hope it says about the future. Voting is our great democratic franchise, not because it is the sign of a thriving society, but because it allows us the opportunity for a nice chat.

The landslide of votes that went in favor of Stefano Pontecorvo provoked those same conversations from both the readers who responded with their reasons as well as those of us in the newsroom. We each had our opinions about the incredible feats that had been achieved by each of the ten nominees. We all agreed that indeed, Italy has had a great year, not just in accolades but in the many displays of kindness, empathy, and humanity. But when it came down to who we wanted to symbolize the best of what we were and the best that we’d hope to become, the choice was simple.

For while most of Italy was concerned with where and how their Ferragosto plans would unfold, Stefano Pontecorvo was intimately involved in one of the largest and most spectacular airlifts in history. The evacuation of Afghanistan in August 2021 had nearly every imaginable factor working against it: foreign leaders were blindsided by the lightning-quick advance of Taliban troops into the capital city of Kabul, and even more flummoxed by the speed with which then-president Ashraf Ghani made his exit. All of it led to hasty decisions and messy optics, the very worst cocktail in times like this. Indeed, as helicopters buzzed in the air over embassies and consuls, keen observers couldn’t help notice the similarities to the Fall of Saigon and a debacle known as Operation Frequent Wind. Back then, even code names were highly unfortunate.

But amidst all of the chaos and confusion, there was one man who managed to remain calm on the ground while simultaneously serving as a lifeline to the outside world. Pontecorvo had been in Afghanistan as NATO Ambassador since June 2020, coming into the post at a delicate moment in the history of an already delicate country. A tenuous peace had been reached between the United States and the Taliban, predicated on a drastic commitment by then-President Trump to pull all US troops out of the country. NATO itself was in the unenviable position of having to support and even help coordinate the efforts of a US administration that seemed at best disinterested in reconstruction efforts in Afghanistan, and Pontecorvo was the point person for divergent groups from across the political, social, and cultural spectrum of the country. For the most part, it was a quixotic mandate; in those final days of August, it was an impossible one.

And yet that’s exactly when Stefano Pontecorvo stepped out of the background and became exactly what the world, and especially Afghanistan, needed. Keeping the Kabul International Airport open and departures safely running was a Herculean task with challenges that ranged from processing visas to securing military planes to keeping civilians from putting their lives at risk by jumping into a wheel well of a jumbo jet. We can’t even imagine the chaos that it must have been but thanks to his team, we never saw the catastrophe that could have ensued. Instead, 124,000 people safely left Afghanistan in 14 days.

For sports fans, that amount of people would fill the Churchill Downs, home of the Kentucky Derby. For geography buffs, that’s just about the population of Salerno. And if neither paint the picture, 124,000 friends that called or wrote and had their messages heard by the people they loved, 124,000 families that slept easier for the first night in weeks or months. That’s 124,000 times that Stefano Pontecorvo did his job, and did it well.