This year Italy left Afghanistan as the Taliban gained power. We want to share the stories of those who fled safely, and those who did not. 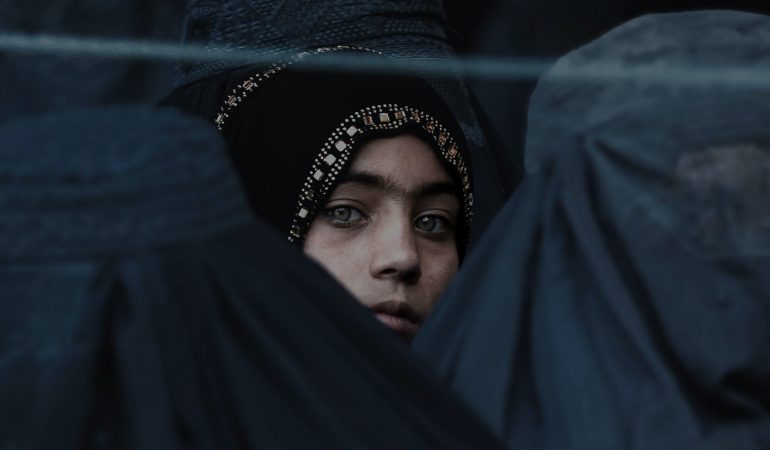 A month after Italy officially left Afghanistan after a 20-year-long mission, we reflected on the impact that Italy and other countries had on the country as the Taliban seized power once more. Afghans have seen a chaotic retreat by the remaining NATO forces, including the US and the UK. And, perhaps most crucially, they’ve seen the Taliban ban women from sports, higher education, and almost all public life. Today we want to share some of the stories of the refugees; those who left, and those who are still living in the land of terror.

As Afghans flee their land, many end up in neighboring countries like Pakistan or Iran. The majority of those who flee toward Western countries are the Hazara who represent 10% of the population in Afghanistan. Due to their beliefs and language — they speak Farsi — they are persecuted by the Taliban. However, circumstances do not vary much for refugees country by country.

As shared by Raza, a young refugee those family was murdered by the Taliban during a raid a couple of years ago, when you flee to Iran you are sent to detention centers — called Telisia e Sang Safid — where fleeing Afghans are ‘hosted’ and tortured. Iran’s mistreatment of Afghan refugees is well known since 2007; according to the AIHRC, nearly 3,000 Afghan deportees said Iranian authorities beat them before reaching Afghanistan.

In Italy over 600,000 Afghan refugees have arrived, although the number could be higher, as a result of political leaders who have little idea what to do with their national crisis.

A new life in Italy

Among the 80 refugees brought this summer to the Military Base of Colle Isarco in South Tyrol, a man, who wishes to remain anonymous, shares with us: “I hope to go back and find a safe country. […] I thank the Italian Military Forces, and population, for welcoming my family and I, and I wish to contribute to this nation.”

Unlike many negative expectations, refugees have been thankful to the country that welcomed them from their difficult and inhabitable circumstances.

Circumstances like those experienced by Nilofar, an Afghan woman who fled this spring. As an independent gynecologist before the arrival of the Taliban, she hopes to recover her freedom and life in Italy. She passed the Taliban’s checkpoint by using the Niqab pretending to be member of another family composed by men as well, with her mother and sister. A couple days later she managed to flee, leaving behind her brother, who may not have made it. Nilofar is not her real name, but an identity she uses to protect her family members in Kabul.

Back in Afghanistan she left a life that any woman in Milan or Turin would have. A gynecologist specializing in the study of cells, she worked in three main research centers, including the renowned Umberto Veronesi Foundation against breast cancer, the organization that also helped her flee. Now in Italy, she looks to create a new life.

Other witnesses who arrived in Avezzano tell stories of Taliban entering their homes and searching to execute them, while they managed to flee all the way to the airport. A fortune that not many had.

A life of fear in Kabul

This is the story of Hameeda, the volunteer Afghan operator of the international organization against gender-based violence bon’t worry INGO, who did not manage to flee even though the organization provided and requested assistance by the government. When she arrived at the airport, it was already too late. Passing all checkpoints is not something everyone managed to do, and especially towards the end, as Hameeda told Italics Magazine, the Taliban were taking up more power. Hameeda shared with us stories of others killed for their brave acts, such as Navid Azmi who had published an article online denouncing the happenings in Kabul, or social activist and journalist Fawzia Saeedzadeh.

According to Hameeda, the Taliban took Fawzia and her two brothers, Dr. Rahmatullah and Ahmad Sir, and the rest of Fawzia’s family to an unknown location. They ransacked their home. Fortunately, it appears that Fawzia and Ahmad Sir were let go overnight, but the other brother is still being held.

The photos and videos shared with us tell a stronger story: the Taliban driving around Kabul with car cranes where bodies are hanging to send a message, or even videos of Hameeda hiding as Taliban search her home. Her mother was murdered to defend her, when the Taliban were looking for her. The bon’t worry INGO is working continuously to try to help her flee, however at the risk of being seen and killed she cannot leave her home, and she would need to escape over the border to catch a plane.

Those who complain about democracy in the Western world are those privileged enough to do so, because they have no clue what it means to live in fear, a prisoner in your home, stuck living in the shadows without your family or protection. For these holidays, let’s remember how fortunate we are.