A Franco-Italian Alliance to Challenge Germany

In November, Italy and France signed a historic bilateral treaty. We look at what it means for the balance of power within the EU. 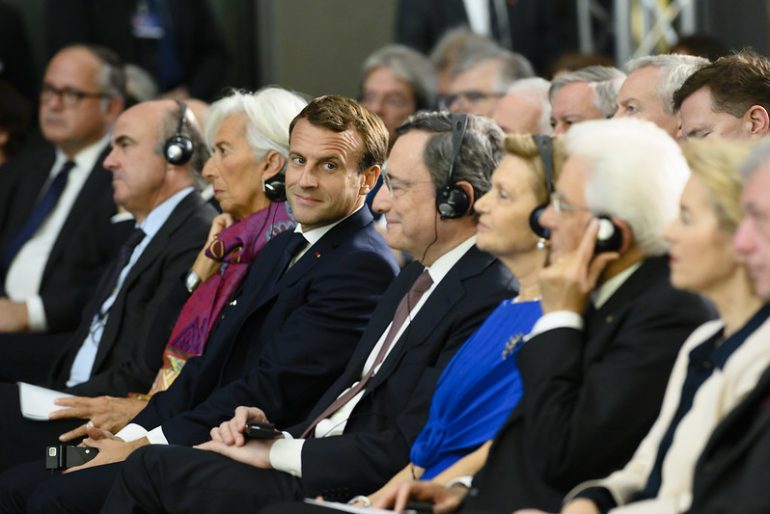 “Treaties are like girls and roses: they last while they last.” These were the words of Charles de Gaulle, then the President of France, on the newly signed Franco-German Treaty of 1963. He came to this rosy cynicism when, after the signing of the pact — one that was meant to distance Berlin from Washington by fostering European integration — he was faced with a West German parliament that inserted a clause praising the importance of NATO.

Whether the recent bilateral treaty between Italy and France will wilt in a similar fashion is yet to be seen, but it certainly marks an important shift in European geopolitics.

The Franco-German treaty of 1963 indeed served as a model for last month’s Quirinale Treaty, signed on November 26 at the presidential palace in Rome. This new agreement covers almost every sphere of state policy. ​​According to the Elysée, it “will promote the convergence of French and Italian positions, as well as the coordination of the two countries in matters of European and foreign policy, security and defense, migration policy, economy, education, research, culture and cross-border cooperation.” Some particularly interesting features are the establishment of a Franco-Italian civil service to deal with migration flows, a border committee, and a yearly summit for parliamentary cooperation.

Such a warm handshake between the two ‘sister’ countries comes after more than a decade of bitter and sometimes petty bickering. Nicolas Sarkozy and Silvio Berlusconi argued over migrants crossing from Italy into France during their tenure, as did Emmanuel Macron and Matteo Salvini during the latter’s time as interior minister in 2019. Luigi di Maio, the deputy prime minister of Italy at the time, expressed support for the gilets jaunes during their uproar, prompting the French to recall their ambassador in protest. During the Libyan revolution in 2011, the two countries were on opposite sides of the civil war and were confronted with a debacle as a result.

But the tumults of the last two years have caused the neighbors to attempt to defuse such tensions in pursuit of more pressing interests. The joint push, for example, on a common debt scheme to help mitigate the devastation of economic shutdown finally overcame Germany’s stolid opposition. Macron’s difficulties in keeping migrants from crossing the English Channel will have prompted him to try and stifle the flow at the other end, exchanging Italian border cooperation for greater French aid in the Mediterranean. And the end of the Merkel era will allow a Franco-Italian alliance to press for the interests of the European south at the round tables of the EU.

This latter objective will be bolstered by two major events. The 2022 French presidency of the Council of the European Union, beginning in January, and the likely promotion of the current Italian premier Mario Draghi — a man of great standing in the halls of the Council — to the office of President of the Republic, also set for early 2022. But the true variable in any new balance of power within the EU will be Italy’s economic health. Whether it will be able to put to proper use its 190 billion share of the European Recovery Plan, and establish itself firmly as the bloc’s third-largest economy, will be essential to improving its standing in Bruxelles.

Of course, any newly strengthened relationship between France and Italy must have Germany’s blessing, if only to make their policies more palatable to the ‘frugal’ north. But Macron is also clearly looking for a partner to support him in any conflicts that might arise with Olaf Scholz’s incoming government. Indeed, each party in the new Traffic Light coalition proposes a policy to which France is hostile. The Social Democrats espouse a honing down of defense spending; the Free Democrats a more frugal fiscal policy; and the Greens a radical opposition to nuclear energy. An Italy under Draghi’s stewardship would provide the necessary ballast to French ambitions in these spheres.

For Draghi’s part, one of the main priorities is reinforcing the project of European independence against global powers. He iterated this concept when he said the following: “European sovereignty means drawing a future wanted by us Europeans, and not by others. For this reason we must control our borders, place the foundation for European defense that will act as a complement, and not a substitute, to NATO.” Europe’s increasing commercial ties with China through the latter’s Belt and Road Initiative, as well as its dependence on Russian gas, are seen as the primary threats to the continent’s strategic autonomy. To these concerns one might add the pressure being exerted by the Kremlin on Ukraine and in the Baltics, the consequent European sanctions, and Russia’s influence over some European parties. Sealing ties with France, Europe’s strongest military power, would allow Italy to greatly influence a continental military union.

The Elysée Treaty of 60 years ago provided the chassis for relations on either side of the Rhine. But the Quirinale Treaty aims for much more than a deepening of cooperation. It challenges Germany’s central position as the commanding nation within the European Union, and commits the two signatories to strengthening the EU’s geopolitical importance. Any success in this project will depend on the ability of Italy and France to speak with one voice, in spite of their fractious nature.