Minister Roberto Cingolani's comments about Italian students focusing on the Punic Wars too much made many headlines. Is he right or is he ignoring a larger issue? 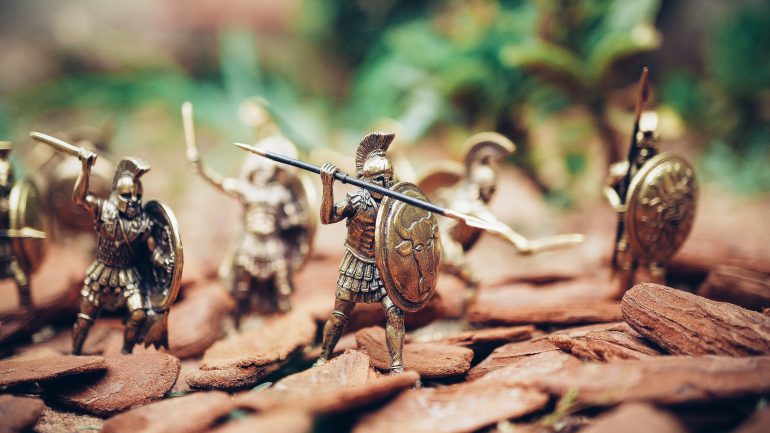 Within recent weeks, Italy’s Minister for Ecological Transition Roberto Cingolani made controversial statements regarding the current condition and future of the country’s education priorities. During a recent interview with TG2, Cingolani declared that “we need more of a technical culture, starting with our schools. This is increasingly important in this period of rapid and astonishing digital transformation that we are experiencing. In ten years we will need digital managers for health, for energy — jobs that don’t even exist today. So the problem is whether we continue to cover the Punic Wars three or four times in twelve years of school or if we cover it once and begin to include content that is more modern, beginning with languages. We need to understand that innovation is the key to winning all the challenges of the future, from health and the environment to sustainable manufacturing.”

As Cingolani is a lifelong technologist, this viewpoint is not particularly surprising. He has an undergraduate degree and doctoral degree in physics, has worked as a physics professor around the world, and recently served as the scientific director of the Italian Institute of Technology. In the private sector, he has links to Ferrari and aerospace defense company Leonardo, so his familiarity with the liberal arts seems to be modest at best.

Yet, many across the Italian media and political spectrum took issue with his comments. Former Minister of Public Education Lucia Azzolina essentially dismissed Cingolani as misinformed, saying “there is no reason to divide fields of study. One can have students learn about the Punic Wars and also remind them that in the future, society will need workers and graduates with a technical and scientific background.” An individual who is deeply immersed in the world of machine learning, Marco Varone, said that “there is no ‘useless’ knowledge that exists. As artificial intelligence becomes capable of storing even more information than the human brain, why would we set limits on it?” His Turin-based company Expert.ai seeks to develop AI that is humanistic in the sense that is well-balanced and aware of everything from chemical formulas to what the climax is in King Lear.

Others were more supportive of Cingolani’s claim that something needs to change so that Italian students are more competitive on the European and global market. Economist Carlo Cottarelli discussed his love for historical figures like Scipio Africanus and being an alumni of a classical high school, but stressed that “a stronger technical culture is needed in our public education system.” Onetime Corriere della Sera editor and historian Paolo Mieli commented that he agreed fully with Cingolani, suggesting that the teaching of history needs to be reformed if students are talking about the Punic Wars multiple times during their K-12 schooling.

It may seem difficult to determine what side is correct in this debate. There have been mixed reviews about the Italian education system for decades, and a 2018 Organization for Economic Cooperation and Development report found that Italian high school students were below the European average in reading comprehension, mathematics, and science. Italy also has a significant dropout rate at more than 14%, much higher than countries like Germany and France, and is running the risk of losing upwards of one million students over the next decade. In terms of technical education, currently only 32% of Italian students decide to go into high schools dedicated to subjects like engineering, programming, and the like. Italy is clearly behind the curve when it comes to promoting the high-need careers of the future, but this may be partially due to the overall state of education in the Bel Paese.

As Università di Bologna professor Lucia Criscuolo stated in her response to Cingolani in Il Fatto Quotidiano, “Maybe the minister would have done better to ask if Italians should continue to tolerate that a serious and competitive technical education remains the victim of politicians misallocating resources, incompetent school administration, aging facilities, and poorly trained staff.” Criscuolo highlights an issue that is a frequent topic of conversation among educators from Bari to Bolzano, but also from Baltimore to Berkeley. Around the world, particularly in countries with larger populations, school funding, school infrastructure, and staff training are never-ending struggles as social programs and defense spending eat up the tax base. In the United States, for example, only around 5% of gross domestic product (GDP) is spent on public education. The situation is even worse in Italy, as now only 3.8% of GDP goes to instruction, a drop of 0.8% over the last decade or so. When Italy is spending upwards of 17% of its GDP on pensions and social security, it is clear where priorities lie.

In the final analysis, we can conclude that Cingolani is largely full of hot air, an unfortunate condition considering his grave concern for the climate. He is categorically wrong when he claims that the Punic Wars are taught three or four times during a student’s academic career; it is more like twice, and not extensively. Familiarity with the Punic Wars will not be the determining factor as to whether a student is a competitive candidate or a tech guru by any stretch of the imagination. Yet, we can at very least appreciate the conversation his comments have generated. Hopefully more people will be exposed to some of the epic history of the three Punic Wars, but more importantly, Italians will begin to call for genuine improvements to the public education system. The endless pandemic and an aged population with other pressing priorities will likely overshadow everything else, but we can always dream.